You are here: Home » Babylon » 1st Beast is Obama » Obama Fulfilling Bible Prophecy in New Role as Organizer in Chief
Share this post: 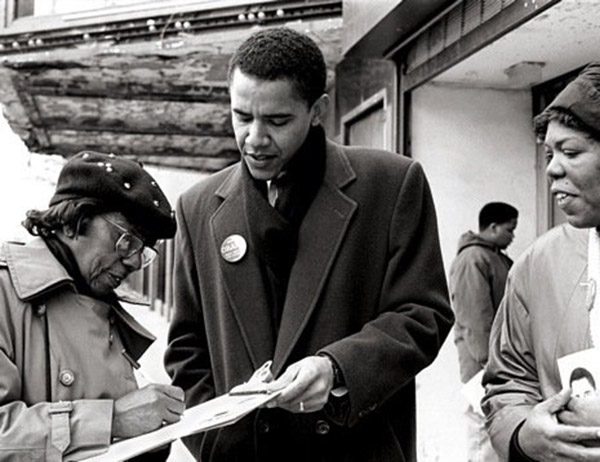 In a conference call with his supporters just a few days after Donald Trump’s Presidential election victory in the November 2016, President Obama expressed his desire to be “Organizer in Chief.”

“One of the challenges that I’ve discovered being President is I would like to be Organizer in Chief, but it’s hard. You know, you got Syria and you got NATO and you have summit meetings and economic issues that you must deal with on an ongoing basis and you try to get legislation done. That’s why the DNC is so important. That’s why our local state parties are so important.”

It sounds like Obama viewed his Presidential duties as a nuisance keeping him from what he prefers to do, community organizing. It is one of the few jobs he is truly qualified to do, having been trained in the tactics of radical communist Saul Alinsky.

During the same conference call, Obama revealed his plans for his post-Presidency.

“Then I’m going to be a private citizen and I am not going to stop as citizen working on behalf of the things that I care about and I am hoping I am going to have the opportunity to work with a whole bunch of you in all kinds of different ways. Now is not the time for me to spell out how that might happen, but I am sure that we are going to be working shoulder to shoulder for many many years to come.

Admittedly, I will take a vacation for a couple of weeks after my Presidency is over, but then we’re going to get back to work.”

For once, he was telling the truth. He actually did what he said. He took a vacation after President Trump’s inauguration, then just ten days later on January 30, he issued his first post-Presidency press release, a call to action, recruiting people to join his group, called Organizing for Action (OFA).

I believe Obama’s new role as Organizer in Chief is the fulfillment of what I saw in a vision in the spring of 2014. At the time, I was getting weary of hearing so many people claiming God told them Obama is the antichrist. It sounded so ridiculous, I laughed out loud. But after hearing it repeatedly, I finally decided to ask God about it. Immediately, I saw a vision that shocked me so much I kept it to myself for six months. Then I finally had enough confidence to share it in a post in October 2014.

He then showed me a vision in which I saw President Obama riding on a white horse leading armies of soldiers on horses across America. They were riding fast, side by side, forming a long line sweeping across the land with Obama in the center. They were waging war against the American people. As soon as they finished sweeping across one region they turned against another region. They were conquering everywhere they went with little or no resistance. It was an all out war against the American people being fought right here on our own soil.

Then I heard the Lord say, “Was it not written about this one that he would do these things?”

I had no idea what He was talking about. I had started studying the scriptures, but did not recall seeing anything that could explain this vision. So a few days later I looked through the scriptures again and found where it was written by the prophet Daniel. He saw that the antichrist “will take action against the strongest of fortresses with the help of a foreign god” (Daniel 11:39). (See the complete report)

To be more specific, when I first saw Obama riding alongside the other riders, they were moving full speed from south to north through the western region of the United States. They left a big trail of dust behind them as they destroyed everything in their path. As they finished covering that region, the whole line pivoted and turned east to enter the next region.

I wondered why they started in the western region. The first reports of his post-Presidency actions came from his involvement in California’s exit from the union, called Cal-Exit. OFA trained community organizers are actively trying to collect enough signatures to force a vote on whether or not California should secede from the United States (Source: LA Times).

The Cal-Exit movement gained momentum after the election of Donald Trump, and is now being organized and supported by Obama. One of his first actions was to bring in some of the same thugs who worked for him as President, including former Attorney General Eric Holder as Cal-Exit spokesperson, former Chief of Staff Rahm Emanuel, and former Attorney General Loretta Lynch.

Cal-Exit is a great example of the kinds of actions Obama will be taking in his new role during the next few years. While Trump pushes his agenda from the White House, Obama will be pushing his opposition at the ground level, stirring up all sorts of trouble with his army of OFA trained agitators.

I believe Obama is the one who fulfills Daniel 11:39, “taking action against the strongest of fortresses”, the strongest nation on earth, the United States of America, with the help of a foreign god. Isn’t it interesting the name of his group, Organizing for Action, uses the exact same word as Daniel 11:39, ACTION? OFA might as well have taken their name straight from the Bible.

Obama’s departure from the White House allows him to do what he has wanted to do all along, organizing dissidents at the local level, city by city, and region by region. He is not done yet. He is just getting started, and I know he will complete his assignment because I was told so in another dream. Only then will he depart from the United States, leaving a woman in charge to complete the final phase of their plan.

In the 4:38-minute interview on Lou Dobbs Tonight (see video below), Sperry said, “I don’t think Republicans know what they’re up against. He is quietly building a shadow opposition government to sabotage Trump and Republicans as well, and their policies, while at the same time saving his own legacy. He’s doing this through a radical Alinsky group that he founded, called Organizing for Action (OFA). They’ve got an army of agitators and they are fanning out. They are going to hit Republicans even harder next week when they go home for recess back to their home districts.”

During the interview, Lou Dobbs pointed out the group could have been called Organizing for America, but no, that would not have been accurate because they are not for America. They are taking action against America.

“It starts at a training center. These are not like the rabble from Occupy Wall Street or even Black Lives Matter. These are professionally trained agitators. They are schooled in Alinsky’s Rules for Radicals tactics at a program that lasts six weeks. That’s about 32,000 that have gone through that, over 32,000. They have another 25,000 under training now and they have another training summit coming up in March. We have not seen the worst of these protests. These are really going to hit hard, but Obama is the guy who is behind all of this. He is the master-mind.”

If the numbers quoted by Paul Sperry are accurate, OFA has already trained 32,000 agitators with another 25,000 now enrolled in their six-week course and another group scheduled to begin training next month. At this rate, they could have hundreds of thousands within the next six months, which reminds me of the prophetic word received by Mena Lee Grebin. She saw these words written across Obama’s forehead, “Chaos is coming.”

In her vision, the Lord Jesus looked at her and said with a stern voice, “Within three to six months, total chaos will envelop America, and a pandemic will spread across the world.” (See the complete report)

As I stated in that post, I believe the three to six month countdown started with the fulfillment of the first scene from her vision, which happened on January 30 when Obama issued his first post-Presidency press release through his new spokesman, Kevin Lewis.

When I received my vision in the spring of 2014, there was no way I could have known why Obama and his cohorts were riding “shoulder to shoulder,” or why they started in the western region. There was no way I could have known what God meant when He asked me, “Was it not written about this one that he would do these things?” I had no idea what he was talking about until a few days later when I found it written in Daniel 11:39. I could not have known Obama’s organization would assign a name for their organization that aligns perfectly with that verse, confirming the scripture and the vision.

Prophetic words often take time before the fulfillment comes into view. At first, it might not even make any sense, even to the person receiving it, which is why it is best to just report what God revealed without adding anything to it and best to wait before making conclusions about what it means. Again and again we see this pattern with prophetic dreams and visions, they take time, which means we must be patient to see how it plays out when we don’t know the meaning. The passage of time is an important part of the process because it proves the message did not come from the messenger, which helps us see it came from God.

There is no reason for us to weigh in with an opinion on things we know nothing about. Doing so makes us look like idiots when the fulfillment is not what we thought. There is no reason to rush to judgment, demanding to put the messenger on trial and brand them with the label of false prophet. Doing so can align us with the wrong team, taking sides against God, which is foolish and dangerous.

After thousands of years, many prophecies recorded in the Bible remain unfulfilled, but every one of them will be fulfilled in perfect detail and perfect time, including Daniel 11:39. I believe the actions being taken now by the OFA is the fulfillment of an ancient Bible prophecy, which must happen and will happen. The lawless one must complete his assignment.

Contrary to what the mockers claim, God is not slow concerning his promises (2 Peter 3:9). He is right on time every time. The problem is on our end because we lack faith and patience. We also tend to think way too highly of our opinions. In the words of my friend Aaron Brickman, “The prophetic is like the rodeo. You have to hold on for more than eight seconds.”

If we can grow some patience, just hold on for a few seconds before charging ahead like a bull in a china shop, we will eventually see the fulfillment.

Obama’s actions are treasonous because they are intended to divide and destroy our nation. He should be arrested and jailed. Our leaders take sworn oaths to defend us from all enemies, foreign and domestic. Obama is our enemy and should be stopped. We already fought one civil war to stop these kinds of actions. It appears we are now approaching another one.

How great it would be to see real photos like these! 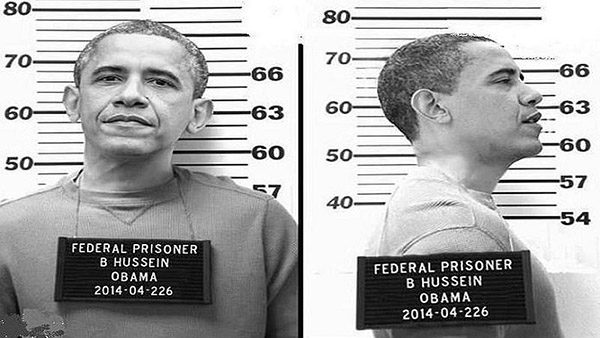