You are here: Home » Prophecies » Obama Will Be Caught Red Handed 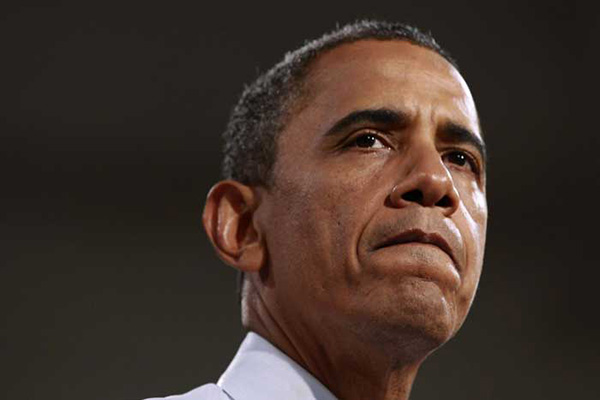 I was in devotions one morning about a year ago at the beginning of 2015. I strongly heard the voice of the Lord say to me, “Right before Obama leaves the office, he will be caught red handed by the entire world. He will be exposed to the entire world.”

Then immediately in a waking vision I saw Obama like a thief in the dark. It was like seeing someone in our home sneaking around. Instantly, a glaring bright light shone upon him. He had a look on his face of a thief being caught in the act, a look of shock, surprise, shame and embarrassment. His body language was the opposite of what we always see from him. Instead of confidence, he was cowering in fear and shame. He had nowhere to hide and he knew it.

Not sure where to post this as it doesn’t particularly belong anywhere and it sounds crazy as I write it down as well but a week ago I was draw to the sunshine coming through my window. I walked there and let the sun rays hit my face. I closed my eyes and said thank you lord for this beautiful light today. For the past week it has been groggy with no sun in sight hidden behind the clouds. As I was about to open my eyes, an image of Yaushua came to me and his arms were drawn out ready to give me a hug. I saw my spiritual self float into his arms. I assume it was my spiritual self because I was literally floating not walking to him. Every time I tried to open my eyes I couldn’t and they were filled with tear. Tear of joy and happiness. I stood there for a few minutes and felt all the love in the world in just a few short minutes. I can’t even describe in words what that felt like. That night in prayer I ask the Lord to speak to me what it was he has been trying to tell me and that is hear it loud and clear. It wasn’t much but what I got was,”Daughter, very soon I will call upon you. I will use you to heal others.” I pray I will listen and know when and what to do. Please pray for me as this is the first time I’ve heard him that loud and that clear.

What a beautiful testimony of the LOVE of Jesus, whomever you are. He is using all who will in these final days. Joel 2 and Acts 2 describes this.
Please feel free to share also on my blog and/or join our lil ole virtual home group there. All you have to do is click on my name and it will take you to my blog. Blessings to you and AMEN. .. May you be granted wisdom, clarity and HOLY BOLDNESS to share all that the LORD Jesus places on your heart to share.

Note: that invite is for any who feel led to join us and/or share

The Lord has really led me to listen to Glenda Jackson, back in 2014 she prophesied that unless our nation repented, the elections would be postponed and Obama would stay in office. The Lord put the desire in my heart to meet her, I knew the Lord had a special prophetic word for me that would be delivered through her. On 1/09/16 My husband and I traveled to where we knew she would be speaking, at this small church that happened to be only two hours away. The Lord had given her a word the night prior that “He wasn’t through with Obama yet.” That through the hardening of pharaoh’s heart, God’s glory was shown. Obama will be used in a similar way. She mentioned Obama care will fail, and the government will stop issuing food stamps, which will lead to major rioting. But, through all this HIS people will be the healthiest, diabetes and diseases will be supernaturally healed. Major revival will take place in our country. She then walked down the aisle prophesying over people as the spirit led. When she walked by myself and my husband. She asked, “What is it you would like the Lord to do for you?” I already knew what the Lord had prepared me to say, because He put this desire in me months before. I asked that the Lord light my hands on fire, for His glory. She took my request to the Father, my hands were anointed and I was told that in the night my hands would wake me up because they would be burning. In His perfect timing, I trust that this will come to pass. And I know my hands will be filled with His power to multiply food/supplies, heal the sick, and do whatever He desires… Read more »

Awesome testimony Jessica! Thanks for sharing.

I would like to add some food for thought. My son just recently asked me about Hypnosis. I told him this was not of God. As I thought on it, I believe that we are to submit our mind to God. We are not to submit our mind to someone (or some demon) to be controlled. The devil wants to control. So simply put hypnosis is not of God. Now… Most people today do not fully understand the control that Hitler had over people. Hypnosis? Watch this video: https://www.youtube.com/watch?v=qnAjGZCxGr0 Let’s put it this way, if Obama truly has an anti-Christ spirit and is THE anti-Christ, he will be given more power to control and persuade than even Hitler had. Please understand that it will be powerful! I listened to Julie’s dream on Trunews and she even mentioned trance, I think. The people that were partying were in a trance. Now, notice at the end of that video, that Hitler controlled ‘almost’ everyone. Those of us who are covered by the Blood of Jesus and submit our hearts, Soul, and MIND to the Lord will be protected as so many have already shown from dreams and visions on this site. This will enable us to see things that others cannot, because they are blinded or rather hypnotized by satan. Hypnosis is even in the churches using repetitive songs and words. Hymns engage the mind rather than put one in a trance repeating words and phrases. I pray “The eyes of your understanding being enlightened; that ye may know what is the hope of his calling, and what the riches of the glory of his inheritance in the saints, (eph 1:18 But can’t finish there… And what is the exceeding greatness of his power to us-ward who believe, according to the working… Read more »

Repeating lyrics in songs is not hypnosis. It helps us get it into our heart because we can be hard of hearing.

Please do not misunderstand me. Consider some music and the beats and the repeating and so on. I love songs like Nothing but the blood of Jesus which is repeated after each line. Redeemed is another great song. We need to be sensitive to the Holy Spirit of course!

I believe it’s called meditation – repeating the same thing over and over. No problem doing that in church with songs containing biblical lyrics. Big problem doing that with the radio or nightclub. Just be careful what you are meditating on.

I haven’t Googled it, but I have anecdotal evidence from over the years that hypnosis can, I repeat: can, leave one open to demonic influence (although obviously that doesn’t always occur).

This did not come true.

When you get done with that, please see my post, https://z3news.com/w/obama-is-not-done-yet/

I am not so sure TheouXapi. Before he left office his birth certificate was debunked for the forgery that it was by forensic researchers on two different continents.

Jim Willie states on the Trunews interview that Obama tried 3 X to detonate a nuclear explosion (on American soil).
https://www.youtube.com/watch?v=bZWl64Or39E Approximately 1:56 One was on South Carolina coast.
(Near the end where he is asked about American politics ~. Many revelations exposed in this interview although the mainstream media is never is allowed to report on wrong doing (like the funding and direction of ISIS by Obama’s half brother ).

I just came across an interesting article on WND regarding Obama being well known in the Chicago gay scene when he was just a young senator. People quoted in the article thought he would eventually be exposed as being gay. Not heterosexual or bisexual but homosexual. Maybe he will be a little red faced about that? Maybe not about being gay but hiding it all these years and pretending to have a normal family life. Interesting article.
Read more at http://mobile.wnd.com/2012/09/claim-obama-hid-gay-life-to-become-president/#dZdrz0C1TkzsLjcW.99

Just a few more thoughts regarding a fairly clear NO to Obama being the anti-christ. I have heard about two prophetic words one that says ” he (the anti-christ) will appear on the world scene as a great humanitarian” ( that is not Obama) and the second ” the anti-christ will be a handsome man who will deceive many” ( that is definitely not Obama).

The only authority on this topic is the word of God. Neither of your claims are backed up by any scriptures because there are none. Following after rumors leads to error and confusion.

By the way, for what it’s worth, Obama’s middle name is Hussein, which is an Arabic name that means handsome.

maybe the person is referring to the Almighty God? you shouldn’t take offense with such matters. Shalom!