You are here: Home » Babylon » 1st Beast is Obama » Obama Calls on Alien Federation for Much Needed Help
Share this post:

“Kings of this world listen to Me! I AM the King of Kings and Lord of Lords, Jesus the Christ, The Messiah, the Son of the Living God. I AM the One who has allowed you to have authority over the nations and the peoples of this world. 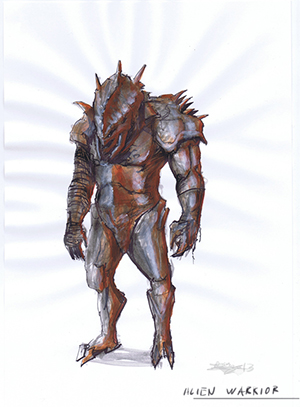 Do you think you can fight against Me and win? I laugh at you and your weakness! Though you think you are strong, you will bow your knees to Me the Great I AM!

I tell you if you humble yourself before Me now, you will rule and reign with Me in My Kingdom that is not of this world, forever and ever and ever. I tell you that you cannot keep My Kingdom from coming to this earth. You cannot make laws that prohibit the spreading of My Kingdom. I AM not in your official, churches of the state. They have a form of godliness but deny the power thereof. My true remnant bride will not obey your laws that go against Mine, for I AM their king and they take orders from Me. My true followers cannot stop speaking My name for I AM the way, the truth and the life and NO ONE comes to the Father except through Me.

Oh kings of the earth, you know that the destroyer is coming, yet you do not warn the people!

Do you not think that I will hold you accountable for this? The blood of millions will be upon your hands.

If you were to repent before Me now and do the things that you should do, millions upon millions of souls could be saved and your reward would be very great in My kingdom. The god that you are following now, knowingly or unknowingly, will discard you when he is done using you. He does not care for you or love you, he cannot, for I AM love. After he has used you to destroy each other and a great part of the earth, he will send in your replacements. They are stronger and more evil than you ever could be, for they are the fallen ones. They are not human. The people of the world will look to them for answers because you kings will be exterminated. There is nowhere you can hide that they will not be able to find you. You will be hunted like animals and in your deep hiding places you will find your demise.”

Then in the middle of my prayer and worship time in the morning the LORD gave me a small vision.

I saw Barack Obama standing at a podium with papers in his hands. He read these words, “In light of the recent natural disasters, nuclear war, famine, and diseases, we are henceforth going to ask our new visitors for some much needed help. Now I am pleased to introduce to you the head of the Federation (name blank).”

Then a 9 to 10 feet tall alien/ fallen angel stood up beside Obama. The image shown above is the closest picture I could find of it.

Then the Lord continued, “Oh kings of the earth, all of you can be saved, except for the lawless one, the son of perdition, the king of Babylon the great, the antichrist who deceives the entire world. He will drink the full cup of My wrath down to the last drop! For he causes much of the problems and disasters in the world, but also proposes the solutions. He thinks he is in control, but he will see very soon that I AM. He is the one who will open up his body, soul and spirit to Satan, who will possess every last part of him. He has gone out in great fury and annihilated many and even more he will defeat, yet soon he will come to his end and no one will be there to help him. Utter destruction will be his lot in the lake of fire.

Oh kings of the earth choose this day whom you will serve.

Jeff Byerly used to live a normal American Christian life. He went to church on Sunday and Wednesday, worship band practice on Thursday, was on his church board, and tithed 10%. Even so, his heart was far from the Lord at times and he had secret sin that only He knew about, which he could not overcome. In 2012 Jesus spoke to him in the middle of the night and said “The time of the gentiles is almost over, you must get ready for My return.”

That is when Jeff started seeking the Lord with abandon and putting Him first every morning in worship and prayer. Suddenly the sins he had been struggling with for so long just vanished and God began speaking to him on a regular basis. In August of 2015 the Holy Spirit impressed on him to begin writing drown the messages, so he started two blog sites called Holy Spirit Wind and Whistle Blower Jeff.

Something very strange happened today and I thought I would share it with z3ers. I mentioned here on z3 a few times that my husband is not a believer and verbally attacks me whenever I try to bring up anything about God. Just now he called me and said he had to tell me something. He was very shaken and said he had something like a vision last night. This is what he saw, “I saw these strange beings that could change their shapes. Then all of sudden, a group of these things changed into human forms then I saw Jesus standing next to them and said, “These are actually aliens. Some of these will stay here on the earth to do surveillance.” (eod)
As you can imagine, I froze while listening to this. I had NEVER EVER even mentioned a word about aliens, fake Jesus, or anything even similar to my husband but there he was, telling me what I had already heard from some of the watchmen.

Thanks for this awesome testimony Chloe. God is surely moving in your husband’s life!

Chile declassified ufo footage taken by its navy. I think my husband’s vision is really going to take place some time in near future. Thank God we already know these are not aliens but demons and the jesus standing next to them is fake.
http://m.huffpost.com/us/entry/us_586d37bce4b014e7c72ee56b

I just ran into this article. It says the leaked emails show how government & vatican have the knowledge of aliens. I would have laughed and dismissed this just a year ago but now I know better this is not a joke! My thanks to all those z3ers who have sent out the alarm about the alien deception in advance and Glory be to God who never does anything without first letting His servants know!!!!
http://www.dailymail.co.uk/news/article-3861586/John-Podesta-astronaut-Edgar-Mitchell-discussed-government-s-knowledge-extraterrestrial-life-new-WikiLeaks-emails.html

Peggy A.
Reply to  Chloe

Here you go, Chloe, in case you want to check this out from LINDA CLAY’s Blog (She’s a Z3 Author)-

Jeff- Here is another testimony

Glynda Linkous just put this out:

In the world around you in times to come, My people will see the invisible realm. For those of you who do not see now, this will be frightening, but it is for your good that I shall open your eyes then. Otherwise would the deception be so great, none of My people would survive at all.

The creatures you shall see then are from the pits of hell, where the enemy of your soul reigns. They will attempt to terrify you, but I command you now – Fear not! Do not give place to the enemy in this way. You shall fear the Lord your God only and Him only shall you serve.

Remember when that time arrives that what you are seeing is not anything new, but things that are very ancient. They have always been around you, but you have not always needed to know this was so. In that time, it will be necessary for you to live without being deceived by those who are wolves in sheep’s clothing.
Fear not, only believe in Me. I am well able to protect you.

It’s line up, of what Brother Sadhu said in lancaster, Rev 12 > when satan cast down to the earth, they will fight the church and we will have a face to face war with Satan.

I have a doubt. Trump will not be the next President, according to the prophecies?

Trump may win the election but he will never be president.

Jeff, I believe Rebecca Sterling that there won’t be an election this Fall. I put her vision’s importance up there with Bennett, Duduman, Hale, Sklaar, Gruver and Warren.

I don’t think there will be an election either but He hasn’t come straight out and told me that. Also you can add Glenda Jackson to your list.
God Bless You!

James, could you switch my name back to Dolph?

I switched it for this comment, but not sure if it will stay that way.

The scripture does say in Acts 15:19 that we should refrain from trying to drown new believers in Christ in doctrines and teachings that distract from the simplicity of the gospel. So, if what you suppose was actually the case in your church, you’d be right to find another fellowship.

I have not been given any insights in this regard, but I do wish to share what the Lord has impressed upon me during my meditations on his Word. It was basically this: To not discount the supernatural just because it is not addressed in great explanatory detail in the Word.

I was a bit troubled on hearing this because I wondered if I did not have my foundation in the Word then how would I discern what is true and what is not.

I was then made to understand that it is necessary for me to learn to recognize his voice or, in other words, exercise discernment, which I can only develop by abiding in his Word. But he cautioned me against taking it to an extreme by becoming dogmatic or thinking along the lines of if it is not there in the Bible, then it has its source elsewhere.

So whenever I come across something that I find interesting, I take it up with God himself, basically asking him, “Is this truly from you or not?” Sometimes he gives me an answer in the affirmative. At other times he responds in the negative. Quite often, he is just silent. I suppose that when he is silent, he is just waiting for me to mature a little more in the spirit before giving me a concrete answer.

My thinking is this: If the apostles after having walked and lived with the Lord for three years were still not ready to hear all that Jesus had to tell them (John 16:12), how much more am I not ready!

For who has known the mind of the Lord? Or who has been his counselor? Romans 11:34

Who through faith..waxed valiant in fight, turned to flight the armies of the aliens. In Hebrews 11:34

Aliens is Strong’s #245 allotrios
Belonging to another person, foreign, stranger, strange, not ones own, an enemy