You are here: Home » Prophecies » I Have Numbered All Your Days as a Nation 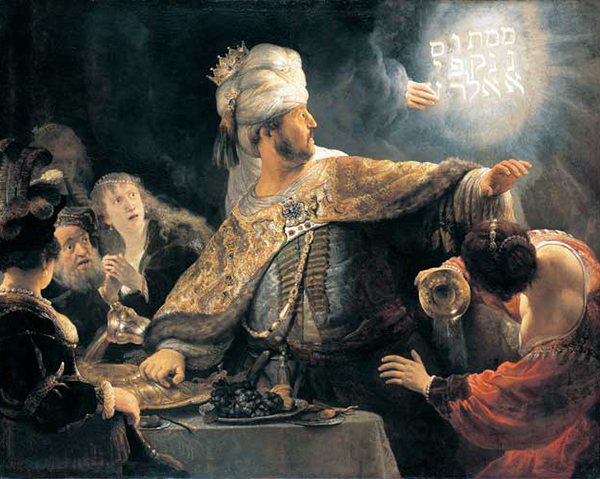 I have been listening to the sound of drum beats. Then, this morning came these four words:

“Ambush” – meaning a surprise attack by people lying in wait, taken by surprise from a concealed position.

“Decoy Film” – meaning those in power are only going to let us see what they want us to see with no pauses or rewind buttons. They are planning to entice us and lure us into whatever is going to take place.

“Onslaught” – meaning a fierce or destructive attack or invasion.

These words explained why I had been feeling out of sorts and such turbulence ever since I received a dream back on February 13 2016.

In this dream I was somewhere very far off the grid. I don’t recall any landmarks or signs. No one saw me and I could not communicate with anyone.

I saw men, but their faces were covered, so I don’t know who they were, but they were dressed in suits sitting at an oval table in the middle of a room that looked very old. No words were exchanged. Papers were everywhere, but no one picked up any of them. I believe it was the end of some kind of meeting. Everyone shook hands, got up, and that was the end of the dream.

After hearing the four words listed above, I immediately understood the interpretation of the dream. The meeting and shaking of hands was setting up a type of attack. It is just around the corner. It will be barbaric in nature and will come from an unexpected source. People will not believe it is happening so fast. Blood will run the course of this nation.

Mass persecution of Christians will begin, including men, women, and children.

The heart of the Father is grieved because so many have turned Him away. Many are looking at politicians to fix all the problems, but be wary of the words spoken by them, for in this hour, the attackers are in your own backyards.

Many sins will be exposed at the cost of others. The love of the Father does not stop, His heart beats for souls to come Kingdom. Now is the time for God to clean up the church first, then the government.

The Lord said to me, “I have numbered all your days as a nation. I have found you lacking and wanting, and because your nation is divided and your churches are divided, I will give it over to a foreign nation.”

He gave me these verses from Daniel:

25 “Now this is the inscription that was written out: ‘MENE, MENE, TEKEL, UPHARSIN.’
26 This is the interpretation of the message: ‘MENE’—God has numbered your kingdom and put an end to it.
27 ‘TEKEL’—you have been weighed on the scales and found deficient.
28 ‘PERES’—your kingdom has been divided and given over to the Medes and Persians (Daniel 5:25-28)

In conclusion, God has warned and warned for all to take heed, but when a nation does not turn away and the sins continue, then the next is judgment.

My prayer to all is to examine yourself and come into a deep relationship with the Lord. Pray for the Father’s will to be done and nothing else. Selah. As with every word, pray and take it to the Holy Spirit.

This is the third time I am coming to you. Every fact is to be confirmed by the testimony of two or three witnesses. (2 Corinthians 13:1)

“Has a nation changed gods when they were not gods? But My people have changed their glory for that which does not profit. (Jeremiah 2:11)

18 For many walk, of whom I often told you, and now tell you even weeping, that they are enemies of the cross of Christ,
19 whose end is destruction, whose god is their appetite, and whose glory is in their shame, who set their minds on earthly things. (Philippians 3:18-19)

Mike,
Could very well be.

What is the chance that the dream on Feb. 13 revealed some things about Justice Scalia’s death that morning? That a round table meeting was held the night before with secret society members, documents were presented that accused Scalia of something unacceptable, and the decision was reached that he had to go. Hence the ‘ambush’ (to him) and the ‘decoy film’ (to the public.)

Thanks Bette. This word resonates with my spirit and keeps coming back to mind. The writing is on the wall. Today on Steve Quayle’s website he referenced a 2004 prophetic dream from Michael Boldea Jr:

“The Angel said, ‘this has been revealed to you, that you may know, the first bite has been, the second is yet to come, and the third will be its destruction.'”

I think what you are expressing in this word is the second bite. The third and final bite will be destruction at the hands of Russia, China, etc.

Help the nation change. Daniel 7:13; I Kings 8:10-11, 18:44; Matthew 17:5, 26:64; Acts 1:9. A part of the cloud of God’s presence with His kindness to America starting as the size of a man’s hand: http://www.thecall.com/azusa How does the Father, Son and Holy Spirit see the nations? 2 Corinthians 5:18-19: “All this is from God, who reconciled us to himself through Christ and gave us the ministry of reconciliation: that God was reconciling the world to himself in Christ, not counting people’s sins against them. And he has committed to us the message of reconciliation.” How to be part of the solution: God blesses sinners and sinning nations. Acts 3:26; Mathew 5:45 and Acts 9 and Acts 10. As you know, attacks and destruction are not God’s plan for America. Yes, He will turn it all for the good in the lives of His kids; however, it is not His action rather it is the intent and action of the enemy: John 10:10. It is not yet time for the end of all nations with disaster and destruction. That will come, but not yet. It is the kindness of God that leads to repentance. Think of His kindness and the four verses above, if God asks you to bless a sinner or a sinning nation. Our ability to bless sinners and sinning nations takes growth in a person’s faith as it is one of our powerful weapons of warfare. You have to see them through God’s heart intent for them and not in their sin just as God sees us as finished in Christ. It takes faith to look at a person in their known (or ignorant) rebellion and to tell them openly how the Father sees them in His future in Christ. This is God’s kindness to prepare… Read more »

Thank you all for sharing. One thing we need to keep reminding ourselves is that what we are seeing in the political arena is just ” political theater”. It is just a show to keep us distracted from what is really going on. God bless you all.

As I understand it, a Greek view on prophesy is more prediction and occurrence. While a Hebrew view on prophecy includes more patterns (types or repetition of what God did previously): for examples, Enoch and the rapture, a snake on a pole to heal and Jesus becoming sin (snake) on a pole to heal, the difference between the Tabernacle of Moses (God designed it) and the Tabernacle of David (David designed it) as a NT example of partnership with the Holy Spirit who loves using the ideas of His creative kids in growing believers (Acts 15 shows that God rebuilt the Tabernacle of David for the Gentiles to come into the fold).

This following band of brothers strikes me as an example for NT churches in America coming out of the prison of Satan’s sorcery (pharmakeia) into how NT churches are meant to interact on a corporate level and personal level.

For fifteen years, this unlikely band of brothers have encouraged each other,:
http://www.breakingchristiannews.com/articles/display_art.html?ID=17726

Willy
Peace to you…

Bette, yes it is now upon us. My spirit also bears witness to the Word given you by the Lord. I’ve been in heavy travail the last few days, praying for the lost – in and outside the “church,” that they will fall to their knees in repentance and seek the Lord with all their heart. Thank you for your faithfulness!

Diana
Thank you for your confirmation.

Awesome, awesome prayer, Jolie, I have copied it. I think it covers everything, I’ll be using it a lot. Thank you so much. All blessings to you.

Bette, I already personally sent you this dream, but I will post it for the body. I had this about 1am on 3/6/16 . I awoke immediately and thought and prayed about it for an hour. I had not read your word yet, did not until about 9 am this morning. Think it is a CONFIRMATION??? The Dream: I am seen standing in a tall building with lots of windows, and I am gazing out the windows. Suddenly a flying saucer type of aircraft (almost exactly like the one depicted on Steve Quayles newest book “Empire Beneath the Ice”) and it has landing gear sticking out , like little legs, not human, but mechanical. I am seen SCREAMING IN THE BUILDING…..”DON:T BUY THE LIE……..DON;T BUY THE LIE!!!” Next I look to the North, which Is the direction I was facing and witnessed what looked like A NUCLEAR EXPLOSION (very similar to what I have seen in history films) it was very huge, dramatic with yellow and pink coloring coming from the plumes. What ensued after was total chaos, including people outside running around and going crazy. Next people started banging on the doors of the building that I was in. They were speaking in a FOREIGN DIALECT but I could not distinguish what exact language because they were yelling “GIVE US YOUR GUNS….GIVE US YOUR GUNS!!!” END OF DREAM!!! I don’t think this dream needs much interpretation. Bette Stevens and I have been in communication because we have both had hell experiences and were divinely linked up. The timing of my dream is total confirmation to her word and dream.. The HANDWRITING IS ON THE WALL……we have had time to repent and America has not. I never want to say that it is too late, but time is so short… Read more »

Michelle.
Blessings to you and yours……..

Sorry for the type Os