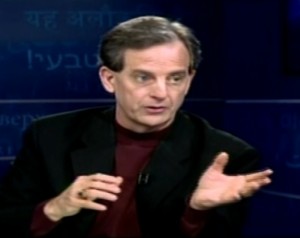 This prophetic minister claims God showed him President Obama would bring nuclear proliferation to countries around the world. The 3 minute video is provided below.

Mike Shreve is the author of eleven books and the founder of Shreve Ministries, based in Cleveland, TN. He has been involved in full-time prophetic evangelism and power gift ministry since 1970 when he spent his time hitchhiking across the country preaching on college campuses. He has appeared on TBN, The 700 Club and many other programs. Since October 2012, Mike and Elizabeth Shreve have been pastors of a local church associated with the headquarters of United Christian Church and Ministerial Association: an interdenominational fellowship of over 30,000 ministers worldwide.

Before President Obama was elected to his first term as president, Mike Shreve received a word from the Lord telling him Obama would become president. Pastor Shreve described this, “I knew he would be elected because God showed me when he was just running for office that he would be exalted to a position of authority. But then when I saw him placed in that position of authority, I saw the words written and heard them spoken, “Nuclear Proliferation,” which ironically is the opposite of the platform he ran on, which was the reduction of nuclear weapons. But what God was showing me was that during his presidency there would be a rapid development of nuclear capability in different nations.”

Why is it that the opposite of what Obama claims to stand for is happening? Mike Shreve explains, “It is because the enemy’s plan is to make America’s enemies stronger than America because we are not only the natural bread basket of the world, but the United States is also the spiritual bread basket of the world. That is why there is a concerted attack on our nation in many different arenas including economically, politically, and religiously. It is in order to stop the progress of the gospel. But God showed me many years ago, about 30 years ago, God showed me another third great awakening that is coming to our nation and ultimately to our world. So God has a plan that will outwit the enemy.”

With the events that have already occurred during President Obama’s first term, it is easy to see Mike Shreve’s word coming to pass. Obama’s has promised to unilaterally disarm America and to ultimately achieve a nuclear free world. Those kinds of statements are enough to convince the leaders of other nations that they have nothing to fear from America under Obama. The enemies of America have been emboldened to pursue and develop their own nuclear weapons knowing there will be no consequences from America.

Words spoken by American Presidents have tremendous impact around the world and therefore tremendous consequences. For example, during the 1970’s President Jimmy Carter talked so much about human rights and pursuing peace in the world that the nation’s of the world concluded they had nothing to fear. As a result, Iran was emboldened to attack the U.S. embassy in Tehran where they captured American citizens and held them hostage for over 400 days. President Carter seemed powerless to get the hostages released. But within a few hours after President Reagan was sworn into office, Iran released all of the hostages. They understood the difference between President Carter and President Reagan. They feared Reagan and acted accordingly.

President Obama’s weak leadership has already emboldened Muslim fanatics to overthrow the leaders of nation after nation in the middle east. Since the start of Obama’s first term, Iran was working on the development of nuclear weapons. After four years of doing nothing about it, Iran is now very close to completing their development. The lack of action taken against Iran is a green light for other nations to pursue development of their own nuclear weapons. Venezuela is one nation to watch, but there are others.

The full impact of Obama’s disastrous leadership in terms of worldwide nuclear proliferation will not likely be fully known until it is too late to stop rogue nations from acquiring their own nuclear bombs. Once they have them the world will be a far more dangerous place.

As Mike Shreve stated above, these things are happening as the result of a spiritual assignment against America by the forces of hell. The secular news media fails to connect the dots between the spiritual realm and the natural realm, but that does not change the fact that everything that happens in the natural realm originates from the spiritual realm. Ignorance of that truth does not change the reality of it.

America, despite all of its’ problems, continues to be one of the major sources of spreading the gospel of Jesus Christ to the world and one of the major defenders of Israel. Despite the fact that our culture has become godless in many areas, there continues to be a remnant of faithful followers of the Lord Jesus Christ. These are all things God honors, even as He brings judgment on the sins of our nation. So there is still hope for America. It is very encouraging to hear Mike Shreve say that God still has great plans for America with a third great awakening coming.

The best case scenario would be for America to turn to God today, before anything bad happens. However, given the spiritual condition we are in with rampant unbelief, sin and complacency, there might have to be a whole lot of shaking to get people to wake up and turn back to God. Those who already follow the Lord can make a tremendous difference by walking in righteousness and praying for our nation, especially for President Obama and all of our leaders.

Wanted to share the dreams i’ve had recentely. Had a dream where God appear to me and said we have become so busy with our techonology that we don’t have time for him. He showed me Time Square in New York city and people being busy and listening to their ipods, playing on the computers, on their cell phones, laughing and the big screen blaring, cabs honking etc.. He also showed me the person who he referred to as ‘the evil one’ and he was a young blond man in his early twenties wearing a very expensive white suit with gold embedded in the suit. He showed me a party sort of a gala where very rich people were showing up in their expensive cars and expensive wear. Each of the rich couples enterering this party turned to look at God and their faces turned evil. Several days later I had another dream and this time it was people being raptured into heaven. The sky opened up and there was lights in all colors sort of like the bottom of a ufo but it covered the whole sky. Then like a vacum it started sucking all the people up to the sky. Not everybody went but there was a lot of confusion on the ground. Prior to the sky clearing up Jesus appear with a white dove on his left hand and then dissapear. The sky became clear and everything went crazy after that. There was military personnel and taking people and injecting a liquid to paralyze the people left behind. I got to see how the rapture is going to happen. There were big openings all over the sky and people were just being taken up ..it happens so fast and it was over very fast too. I wanted… Read more »