You are here: Home » News » Jesuit Schemes by Nation » Australia » Nuclear Bomb off of the Australian Coastline
Share this post: 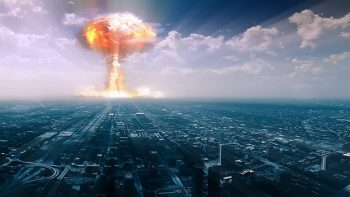 Video link to the 5 dreams: https://www.youtube.com/watch?v=a-79RvxqzRk&t=10s

Hi everyone – Over the years I received numerous dreams revealing nuclear explosions. Particularly for Australia, but at least one or two for the US as well (and for the world in general). The first dream below I only received after around 10 weeks of solid prayer asking the same thing: “Lord, what is coming to Australia if there isn’t repentance?” The others also came after specific times of seeking the Lord for Australia’s future (and America’s). Overall, although the dreams mainly reveal threats for Australia, I think these will hold great import for the world at large as well. If there is nuclear disaster in one part of the world, it’s obviously likely there will also be great trouble elsewhere.

In the video below, I explain 5 of those dreams:

1) Dream 1: Nuclear Explosion off of the Australian Coastline (August 2013)

5) Dream 5: The Gathering Storm & Urgent Nuclear Issues for America (and the world)

In the video I also explain 1) ‘why’ the Lord revealed those dreams to me, 2) what ‘we’ as believers can do to try and avert these judgments, and 3) the intercession and ‘fasting’ God is calling for in these urgent days (Is. 58).

Time is short, but God shows in these dreams that there’s still hope if we respond urgently and sincerely enough. God is calling for great prayer and spiritual fasting from His people. Our world and even many in the church are in a woeful state. Many are spiritually asleep. Australia is also in a bad way. But God loves His people and this world, and desires sincerity in our walks, reformation in the Church, and repentance in the world. What we do now could change the course of history!

Tim, I finally braved myself to watch your youtube. It was really helpful, and you have a comfortable manner that made it feel like a fireside chat. Afterwards, I searched the internet for practical info on what to do in a nuclear attack and how to treat radiation exposure . I was impressed at the amount of good information that is easy to understand, available on the internet. Like you said, it is something none of us want to think about, but I do feel more prepared today than I did a few days ago.
I want to alert you to a really good B movie about a Christian Community facing a nuclear attack. I don’t know how it wound up in my DVD collection but I like listened to it 5 times. If you can obtain it in AU I highly recommend watching it. My Refuge
https://www.fishflix.com/products/my-refuge-dvd-christian-movies

PS: It was really cool to watch the storm winds blowing outside towards the end of your youtube. Like surprise special effects from the Lord.

Joan, thank you for your kind words. I’m glad it helped guide you on getting prepared. Really it’s preparing for the worse case scenario. But I really do believe the Lord was saying it’ll happen without repentance. Thanks for recommending that ‘My Refuge’ movie, I’ll take a look 🙂
It’s cool you noticed the winds. In my latest video the sun shone right behind me at the end of the video. It seems the Lord is into ‘natural’ special effects. No surprise seeing as it’s part of His creation 🙂 Thanks again Joan, it was nice to receive your message 🙂 And apologies it took me so long to reply

The Prophecy Club recently did an excellent job in summarizing, interpreting Pastor Dana Coverstone’s recent dreams/visions. And they tie it in with various modern prophecies, the suitcase nukes that are in America today and the preparations one has to make. Listen to the whole broadcast. It is well worth your time.

Right before I read your post Tim, I watched this video by “Logic Before Authority” predicting through his in-depth decode, a nuclear bomb being set off in NYC & other U.S. cities on New Year’s Eve. ?https://www.youtube.com/watch?v=4zoZsmTNiXk

Sadly in my Spirit, I know nuclear bombs will be used to create maximum damage, death & terror globally once The Restrainer removes His protection. ?

Greetings bro! I believe you are nailing some things head on that the Holy Spirit has been showing me are total distractions right now.
Also I believe your dreams may tie into a dream I had that was posted on Z3. The dream had to do with the collapse of the oil industry, the collapse of Germany and possibly events in Australia. I had an Australian doctor for several years. He was very personable and always quite jovial. In this dream he was sitting at a desk with his hands clasped like he was distressed. He never said anything to me but just stared straight ahead. It’s one aspect of the dream I’ve never had specific understanding of. Perhaps it’s the distress and events coming upon Australia..??

Thank you for this post Tim.. before lights out for the night I had been watching live stream of prayer, intercession & warfare from F.V international ministries church here where I live in Melbourne Aust. it was regarding the many strongholds we are facing with the premier of this state & his connection to china & the ccp. belt & road initiative plus much more. so much re his tyrannical rule has been revealed & connection to how china initially handled their lockdown back in Feb 2020: but now we have been in lockdown longer than Wuhan…crazy.! we still cant travel more than 5kms to shop for groceries & necessary items…curfew has been lifted (9pm -5am) But retail shops, hairdressers still closed. Churches can’t meet – over next few weeks 5 people may be allowed to meet for outdoor services ..-ridiculous!!. it is Spring here in Melb with heavy rain tonight & showers last few days.

was reading & praying when I saw this post. Many have seen what is coming on the Nations of the world. I have heard previously the Ezekiel 38 war.. have to re check. I know of a book titled: Global tactics of WW3 written by Benjamin Baruch & J.R Nyquist.. book was ? still available on Amazon.. of from
website of Benjamin Baruch.net.& included dreams/visions etc. to do with USA

included; maps + 6min video .He is a Geo- political expert & has written books re survival in last days ,plus safe areas to move to.

I was reminded of this blog the other day. The Late Henry Gruver & Dumitru Duduman also received many dreams/visions re the same.

Here in Aust. Christopher Harris has received dreams re the same- writes posts for Z3 news…Christopher Harris post Z3 News in May 31st 2018 confirmed prophecy & visions of a man here in Aust by the name of Jack Burrell- wrote a book in the 1970s… plus 2019 .Pastor .Nalliah received dreams re China + one other nation invading Aust, from the North.so all these confirm one another plus your post +Video..

Very URGENT HR to Seek The LORD; FAST & PRAY, Repentance as you mention ..I think some/many individuals/churches are doing that plus perhaps needs to be more unity collectively.

Anne I’ve had a few times this year in which the Holy Spirit has said to me, the dragon is rising and would see the image of a dragon in my spirit. I’ve wondered if the dragon represented China or the Antichrist..?? Perhaps both..??