You are here: Home » Babylon » Antichrist » “I Am the No-Name Brand Made for Our Destruction” 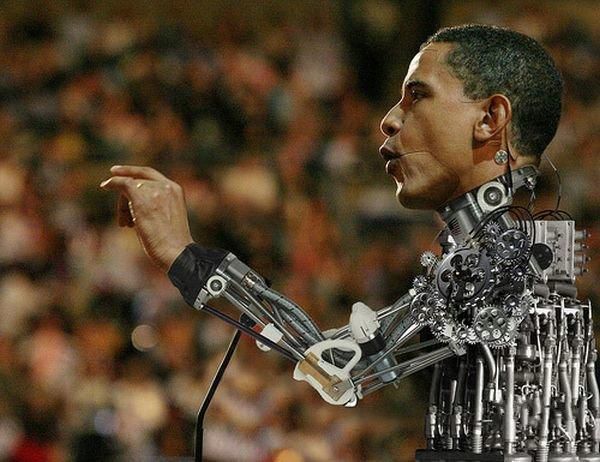 On August 3 2016, I dreamed a close relative and I were at an event where President Obama was on a stage and had either just finished giving a speech or was getting ready to give one.

While he was on the stage, he spotted my relative and walked over to him. He bent down and whispered as if he had something very secretive to tell him.  He said, “I am the no-name brand made for our destruction.”

When I heard it, I woke up immediately and said, “Wow.”

My wife heard me and asked me what was going on.  I told her, but I really did not understand what it completely meant, so I asked the LORD to reveal it to me.  What came to me almost right away was that before Obama ran for President in 2008, most people had never heard of him.  He was indeed a no-name/generic candidate who came from nowhere, although everyone knows him now.

Now as far as him calling himself a brand, I had never heard of a person being called a brand until then.  Additionally, when he said he was made for our destruction, he really was saying that he was tailor-made (created) to bring down America.

Based on my dream, I knew for Obama to threaten anything like this Donald Trump must have been close to winning or that he would win the election.  I started looking up the Obama brand online and what I found floored me.  I found several short videos describing Obama as a brand, as shown in the example below.

Maybe this is too harsh, but I have felt for some time that his main purpose in becoming our President was to destroy our country. Maybe I read that a while back but it resonated with me. Brought in from wherever just to destroy the USA. Wow.

Jesse,
You are definitely not being too harsh. I truly believe you are seeing truth.
The truth is “stranger than fiction” and our normalcy bias and cognitive dissonance keeps blinders on. Through the Holy Spirit and not the natural mind, Truth is revealed. We are in the End Times in the last minute(s). The Beast System is rising daily.

Jesse, I agree. I heard a good while back somewhere that he is the “demolition man”.

Thanks for sharing that confirmation Stacey.

This is a bit off-topic, but it will be important to be aware that Aliens are not Extra-Terrestrial “Star Brothers” or “Friends.” They are Inter-Dimensional DEMONS. They can shape-shift to appear nice/ good, etc. It is important to realize the truth about this “Alien Deception” so that we are not dangerously fooled.

For those of us who were around when Carter was president, we knew then how bad a leftist liberal could be. There was a gloomy cloud over us until he left office and thank God for Reagan. But this man….makes Carter look like a Sunday School teacher and a boy scout. If it ever becomes known the depth of the Anti-American works and profound destruction of our Nation orchestrated by BHO, I think his long hoped for Legacy will go the way of Castro

Lol! Carter has been a Sunday school teacher most of his adult life!

Oh My! Nurse says if they don’t take the flu vaccine she will be fired. Here it comes.

She just posted a picture on her Facebook that a fellow Healthcare worker and sister in Christ sent her. Her friend found a RFID chip # tab to be used for charting purposes! It’s close!

In the Scriptures, God used the Medes, Persians and Babylonians to punish a rebellious nation, and we are that rebellious nation. They don’t have to worry about crossing any ocean now to get here. They’re already here.

Thanks Peggy for this link and all the great great work you do here.

“Welcome;” I just don’t feel like we have that much more time for “life as usual,” so I’m using it to WARN, that as many as possible will not be deceived and also come to/ remain strong in the Glorious Light of the Gospel.

Bob,
I ran that vision of Anita Fuentes’ 13 year old by a friend, and the friend wisely responded this way:

“I do know we have to go through some pretty difficult times. The part I’m not sure about is the darkness described in the video; that doesn’t line up with Scriptures for true believers, although there will be a deep darkness on the people’s.”

Isaiah 60:1-3
1″Arise, shine; for your light has come, And the glory of the LORD has risen upon you. 2″For behold, darkness will cover the earth And deep darkness the peoples; But the LORD will rise upon you And His glory will appear upon you.3″Nations will come to your light, And kings to the brightness of your rising.…

ALERT!! There is a very serious threat to Trump gaining office silently at work by those saying the the Russians stole the presidency for Trump and that it’s the electors duty to overturn the election. They have also passed a bill on Thursday that prohibits cooperation with Russia in Syria until Russia withdraws from the Crimea. There is also a call for all students to protest in mass for the overturn of the election. PLEASE READ THIS REPORT http://www.whatdoesitmean.com/index2183.htm

When the God of Heavens’ armies is fighting for you, no weapon formed against you will ever prosper. This too will fail and back fire on them. Trump will end up even stronger .

But, Phanuel, this fairy tale honey moon can not last much longer because we are definitely in the end times, right?!

Bob, Zero Hedge concurs on some of your intel (see below link). I, generally, consider Zero Hedge to be credible. I’m also troubled that Obama is far too “quiet” in this transition period. Since several credible sources believe he is the anti-Christ, I am uneasy about believing that he intends to quietly exit, stage left, so to speak. What would they use to destabilize the country to justify such a move? But, it’s puzzling to me that Obama is so seemingly “quiet”. It’s December 11th and if they are going to make a move, it would have to be relatively soon. Hmmm…something to consider.

And, speaking of “they” (i.e., the banksters), this push to DOW 20,000 could very well be planned. What if they are running up the market, to crash it and the economy prior to the inauguration? Running up the market (to unjustifiable valuations) at the end of Obama’s term makes no sense. It makes absolutely no sense, unless they are planning to use that same market to destabilize the country. Obama is way too “quiet”, as if he and the banksters want it to look like they actually wish Trump, all the best. Then, “suddenly” something goes wrong, much to their regret. Now that would really be treachery, by definition. Just thinking…

Sephora, I agree that it is way to quiet when you know that Satan and his co-conspirators must be desperately working on a plan to get back on track. This is a given. So, what option will they choose? If they choose assassination I think there is a chance of our military would step in and put the neocons out which is no easy trick considering they control the MSM, the Fed and the CIA, not to mention most of the establishment including Graham and McCain. Sadly, we don’t have another Trump and America would probably crash. I think Trump is much more savvy than even Christian conservatives give him credit for. He has targeted globalism and political correctness which is really another name for the New World Order. It’s truly a miracle that he is our president-elect. Thank you Jesus! Realistically, us Bible prophesy buffs should be bracing for some really bad news (on a worldly level) because we are in the last days. But we are not of the world but children of God and citizens of Heaven. (It’s so easy to get sucked into thinking like the world.) Thank God for Z3 News which enables us to be on the cutting edge of events as they happen.

Amen, Bob…I hear you loud and clear. I also voted from Trump. My concern is that the banksters haven’t backed down. They seem to be playing chess and see Trump as a pawn in their game. Trump’s too smart to not recognize that. Is he also playing chess? Who knows.

An assassination would be too obvious though, wouldn’t it? I mean who would buy that one? Obama would look like he orchestrated an assassination, to stay in power. But, if Trump’s purported “antics/mistakes”, economic plans, and all else he is accused of daily, supposedly caused the economy to be “destabilized” then the banksters get what they love most – someone else to blame.

What a great group of thinkers z3 has become – iron sharpens iron (smile).

And, here we go…MarketWatch is building the narrative of shifting the blame to Trump if the Trump market rally crashes (how convenient is that?)..

Here’s an interesting article relative to “the elite.”

Also, here’s a post that relates to the “not human” post above.
It is titled “I Saw Obama’s Face Shifting Into Reptilian Form” (5/9/2016).
I know, it sounds most unpleasant, but anyone reading should take this to the
Holy Spirit for themselves and ask if it is true.

The believeacts2 blog post was also published here on Z3 News on
August 25, 2015. Here is the link:

I just saw it on a different website today. I wonder how much stranger this world is going to get. Do we really comprehend everything around us? Sometimes I wonder what is it that God sees in sinful man that he longs to save him. Then I wonder if I truly want to see what he sees. If I do, will I be able to digest it all?

“Visions of Calmities to Come- Part 2” through KIM WEIR
https://www.youtube.com/watch?v=2FA9B0XpIBw

“Visions of Calamities to Come to the U.S.A.- Part 3” through KIM WEIR
https://www.youtube.com/watch?v=D2ToA4WYBU4