You are here: Home » Church » Assignments » A new season of war is coming, both for Israel and the Church.
Share this post: 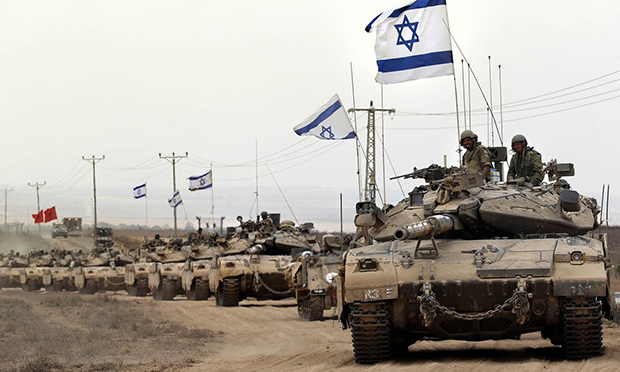 Some of you were able to view the spectacular blood moon on Friday 27th July in the evening, and alongside it, the planet Mars, which was closer to earth than any of us have ever seen in our lifetime. Lunar eclipses are signs in the sky for the nation of Israel and, coupled with the close proximity of Mars, speak of war coming for Israel. However, seeing as we are children of Abraham by faith, I wondered if there was more being spoken by this sign with regards to the children of God.

When pondering and praying about this, I was prompted to check the date on the Hebrew calendar when this eclipse occurred. It happened to take place in the second watch of the night on Av 16th, in other words, the early hours of this day mark the beginning of a new season of war both for Israel and the Church of Jesus Christ.

It is also the anniversary of a whole new season for the ancient Israelites as, on the day before (Av 15th 2487), they stood at the Brook Zered, having come to the end of God’s assignment in the wilderness designed to remove the men of war from their midst:

It had taken 38 years for the Lord to complete this sifting and removal amongst His people. Their starting point had been Kadesh-Barnea, which means ‘wilderness of wandering’ and finally, as they stood before this small stream of water called Zered, the ruthless purging had been completed. It is the same for the Bridal company. The going round and round the same mountain had served the purpose of allowing enough time to pass until every man with experience of battle had fallen to the ground. Every person who may have been tempted to lean on his natural understanding and experience when facing war in rest of the journey to the Promised Land had been removed from the company, and there remains only those who are described as ‘ready for war’, but without any actual experience.

In what way were they ready for war? They had not been trained or put through their paces or taught to use weapons, but they had grown to maturity and learned to lean and trust completely in God. They had never experienced any other form of provision or guidance and they did not have a slave mentality. They had no personal memory of the ways of Egypt and total dependence on God and surrender to His Lordship.

This company that now stands at the Brook Zered have experienced loss and separation from family members and friends, having been fed supernaturally by the hand of God and having had their hearts tested and tried during the past 38 years, and now it is time to rise up and cross over into a new season, through territory they have never seen before.

It has been a brutal journey; a long season of proving, but now the time of wandering in the wilderness is over. It has been dry and hot and hard on body and soul, but the brook Zered marks the end of that season and the beginning of another very different season. ‘Zered’ means ‘exuberant growth’.

You might have felt much reduced and barren in the wilderness wandering season, but now you are crossing the boundary into a season of exuberant growth and fruitfulness. The number 38 is the gematria for ‘His glory’ and ‘His heart’ and ‘He shall shew’. You might have endured suffering in the wilderness chapter, but now the time of His glory is coming. You might have experienced breakings in the long proving years, but now you have had His heart forged within you. And that is extremely important – because we are entering a time of war for the children of God, and these coming wars must not be fought leaning on the strength of man or the wisdom and experience of man. Every step taken in the journey ahead must be under the guidance of the Spirit of God.

And yes, there are battles (and even war with giants) ahead, but what the Holy Spirit stressed to me is that we are to go forward in the same pattern as our ancient Israelite counterparts. Very specific instruction was given to them for their journey forward. They were not to just rush ahead willy-nilly attacking any city or stronghold they came across. On the contrary, God had specific battles for them to fight and specific land for them to take possession of. If you read through Deuteronomy 2, you will discover that God was very clear concerning which battles they were to engage in and which areas were to be passed through without picking a fight. Certain kings could be engaged and conquered and others were to be avoided. Some territory was allotted to others and certain places, kings and strongholds were to be overthrown and possessed.

So, what is the Lord saying to us about the journey ahead, marked by the super blood moon with Mars in close proximity?