You are here: Home » News » Financial News » New Downward Course in Markets Appears to Have Started 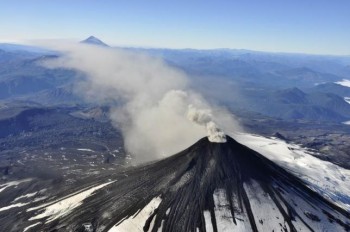 Is this what Elvis Mbonye warned us about?

When I first read his warning, I could not help but think of the sudden dramatic drop in the markets that the Lord told me was going to happen in 2015. See my previous post, Warning: Sudden Economic Collapse Coming in 2015. The Lord did not tell me which month it would happen, so when I saw the word from Elvis Mbonye I wrongly assumed he was seeing the same event that I saw. However, when I went back and read his word again I saw he was talking about something different. He saw we are going to “start a course of plunging”, which is not going to be recovered in a month, but is going to ultimately take down the nation. I did not see us starting on a course, I saw the bottom falling out literally overnight. So Elvis Mbonye saw the events leading up to what I saw.

Based on the market performance last week, it appears our new downward course has already started. The Dow Jones dropped over 530 points, losing 2.8%, the worst week since December 2014. Other markets showed similar losses. The Russell 2000 dropped 3.1%, worst week since October 2014. The S&P dropped 2.1%. The Nasdaq dropped 2.2%.

I am not the only one tracking this. Earlier today, Michael Snyder posted the following comments on his Economic Collapse Blog:

Was last week a preview of things to come? There are quite a few people out there that believe that the stock market would begin to decline in July, and that appears to be precisely what is happening. Last week, the Dow Jones Industrial Average fell by more than 530 points. It was the biggest one week decline that we have seen so far in 2015, and some are suggesting that this could only be just the beginning.

I was also shown an event to watch for as a sign to let us know the big event is about to happen, which is when President Obama authorizes $1.2 billion in military aid for a troubled hotspot, which I now believe to be Ukraine. That bill, which started at $200 million, has been approved by the House and Senate. Since July 10 they have been reconciling their differences, which must be done before it goes to President Obama. So we can expect to see that bill going to the President very soon. See my previous post, The Event Before the Event.

We are now only two months away from the end of the shemitah year, which ends on September 13 2015. It appears we are already starting to feel the rumblings. This thing is about to blow!

This link gives a lot more info. UVXY has a hidden contango to it. Its not for holding long term. Its also had a lot of reverse split history.

Oct 3, 2011 485,400 open price This must be from adjustments made. Still amazing. Shows you how much the gov has been controlling the markets volitity (thus price).

KO. I concur. I ran intense #s on options. I took spy, qqq, iwm, vix, and others and pretend bought 10,15,20 % out of the money with 2 months time, then sold them with one month time at 3% in the money. I did it like this because we buy in august n sellnin October example.also 3% in the money sell to keep it in good volume range for easy liquidating. I sold at 15%+3% drop. Then rebought using that money for more 10% out of the $ from there and sell 2nd time at 3-5% in the money. I want to be very liquid and not wait to expiration so this is my strategy.

Unlike the FAZ, TZA, SQQQ and EWV, UVXY tracks VIX. And VIX spikes when the stock market is volatile. If you notice the pattern during the last month, you can see that UVXY went up a lot during the Greece crisis even though the Dow Jones itself didn’t fall as low as it is now. But Dow Jones is much lower now but UVXY is still pretty cheap because the stock market decline is gradual over the last one week from disappointment on earnings. However, if August is going to be chaotic like Terry Bennett said, then UVXY is going to perform very well because UVXY thrives on that shock/surprise/volatile element. I think it could shoot up to $90 in maybe two weeks depending on the event that causes the shock. So I would stagger my funds into acquiring some UVXY outright, some Sep options and some Dec or Jan options and maybe different price range too. I would go for the $90 range strike price because investing with the same amount of money, the out-of-money would give you more shares than acquiring near-the-money options. With the ability of UVXY to spike up so fast, the larger quantities at smaller gains would, I think, yield higher returns than fewer quantities at larger gains. But in case I am wrong, I would still have UVXY outright and some closer to the money options. I do also have FAZ, SQQQ, SOXS, EWV and TZA shares and options in case UVXY did not come up like what I expected. I don’t like to put my eggs in one basket.

When the war with China n Russia comes, I should hopefully be in Australia, but i m thinking I need to remain mobile in case AU is taken. South Africa is one of the bricS and English speaking. Something to consider if things get really crazy. Singapore, uroguay, and others in south america are good. avoiding central america because of the invasion launched from there and hostility towards anericans. I may remain a floating missionary and may do some work in Africa and SE Asia.

Patrick,
Sorry but I have not researched into good miner stocks. So I don’t have any suggestion. But I am little concerned about the disruption of the miner operations due to the coming war, earthquake, volcano, tsunami, etc. So I think I would prefer to go with inverse ETF like what James said at the beginning then converting them into physical gold and maybe even land in New Zealand or Australia. Neville Johnson has been calling for the Josephs to prepare land and places to take in Israel refugees during the coming major persecution when the antichrist army attack Israel so I have been praying and seeking the Lord on whether I should acquire land in Taiwan (which will be attacked by China) or New Zealand area.

Forget options for uvxy. Buy the shares out right. This thing is a heart in a collapse! Have you checked out the chart on it? This thing almost double in price on that last drop early July. FAZ didn’t even cone close to the movement of this. Wow! UVXY ! What we could do is buy shares. When the august drop comes, sell this, then use that to buy options or just hold the shares…. This thing can go from 26 to 800 a share in the crash….KO ! Love n you and lovn Jesus in you to come here and bless me! qwakeup.org

I already have good amount faz wondering if anyone is playing faz call options in October ???

Ko You are waiting to buy gold at this level ? There’s a good chance IF it drops to $1000 you won’t find any available OR the premium will be much higher because no one will sell you their gold at that price……….. Along the SQQQ,QID,FAZ discussion, I decided to sell 100 FAZ to buy 10 TZA OCT 9 calls. For any newbies, I’m selling 100 shrares of FAZ to control 1000 shares of TZA.