You are here: Home » Babylon » 1st Beast is Obama » Neville Johnson: Obama Will Seek Controlling Position in the United Nations
Share this post: 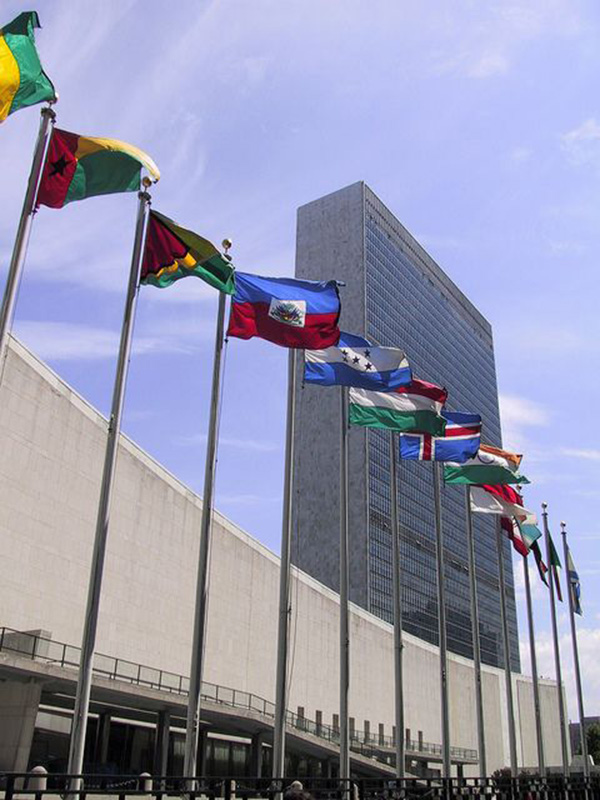 In his January 2017 newsletter, Prophet Neville Johnson shared this word about 2017 and President Obama’s plans after leaving the White House. Neville Johnson is founder of The Academy of Light.

In this new season, we are going to see a very real shift in power. Power struggles among leadership, in governments, and nations will escalate. There will be struggle in the UN as Barrack Obama seeks to hold a controlling position in the UN, he along with the Clintons will try to manipulate the situation to gain a controlling influence in the UN. This would not be good for Israel as both the Obamas and the Clintons are very anti-Israel. However, Donald Trump will be a friend to Israel.

The power struggles in Europe are being orchestrated by four powerful fallen angels. Nevertheless, God is not just powerful He is all Powerful. As the antichrist spirit continues to manipulate European Governments, the battle there will continue.”

This word about entering a new era confirms what Prophet Doug Addison shared in a recent word for 2017. He stated, “2017 is going to bring not just a new season, but also a new era.” (See the complete post) I believe we are going to see many changes during this new era as the landscape of the world transitions from what we have always known to what the Bible describes in the book of Revelation.

President Obama’s quest to lead the UN should be interesting to watch. His recent actions to empower them make more sense if he plans to rule over them. He recently agreed to give the UN control over the Internet, which has been controlled by the United States until now (Source: Breitbart).

The United Nations is one of the most anti-Israel organizations in the world, so by leading the charge in the December 23 resolution passed by the UN Security Council to divide the land of Israel, Obama surely won over their evil hearts. He should be well received.

Obama appears to have a busy schedule ahead as he continues his work to complete his first assignment, taking action against the United States as revealed in Daniel 11:39, while preparing the way for his second assignment, ruling over a global government, economy, and religion (Revelation 13).

© 2017 – 2021, Z3 News. The first 200 words of Z3 News articles may be shared online in exchange for a clickable link to our site. Please include the author name and do not make any changes to text or titles. No image files from our site may be shared because we don’t own them. For permission to use our content in other formats, please contact us.

I believe that James.

This recent clip of yours confirms what I have known for many years. I am a bible teacher and have taught that the pre-tribulation view on the rapture of the church is nothing but a fairytale–possibly the greatest deception that the church has yet encountered. Obama is destined for greater things and his bid for leadership in the UN is right on target with the book of Daniel. We need to pray for the church fervently. Their leadership has been greatly deceived in what they are teaching their congregations and thus many will lose faith when they see Obama emerge as the antichrist.

Thank you James for posting Neville Johnson and Sadhu Selvaraj Prophetic words..They are very valuable to us (the body) at this time.God has been gracious for sending these 2 Prophets from India and Australia to help us along these perilous days ahead…f.y.I
I don’t remember which teaching it was on (Lancaster conference) but Neville Johnson said that seats are numbered in the U.N.
THAT SEAT NUMBER 665 IS FILLED….667 Is filled…and that seat # 666 is awaiting a special speaker.okay or leader (something to that effect).God Bless…

I’ve actually researched this and this is false. You can go online and take a look at the seats in the eu in both Belgium and Italy, and both seats are taken. I don’t know where he got this info but go online and search it you will find that both locations have the seat 666 filled.

Thank you Eric for clarification. I heard him say this.Not a word from God….but I guess not good intel….lol…..thanks again.

It is talking about UN (United Nations) not EU or PE in europe.