You are here: Home » Church » Remnant » Much That Has Been Withheld Will be Withheld No Longer
Share this post: 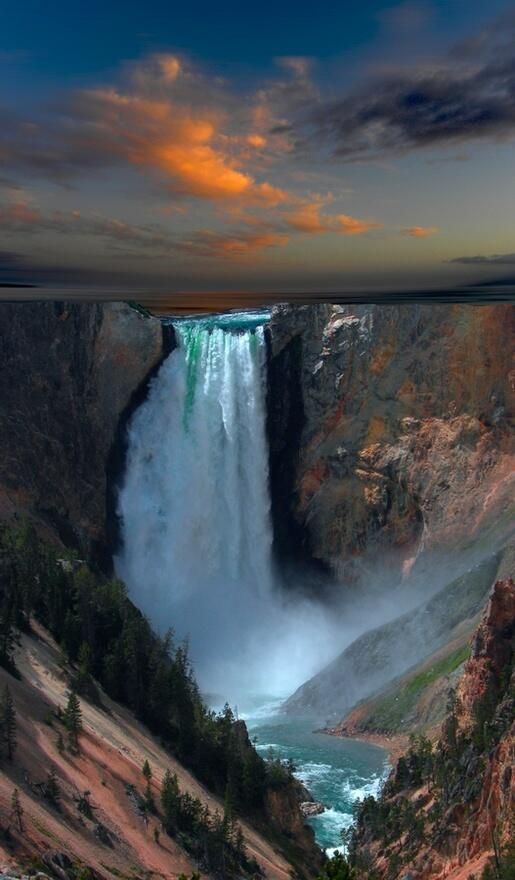 “The days have been determined; not many remain. These days that are coming will be traumatic for My creation. Tell My people; ‘This is what happens to a nation that forgets her God’.

Much that has been withheld will be withheld no longer. The lights of heaven will shine brightly upon My people. There will be no need to fear for I AM holds all in the palm of His hand. Stand faithfully to proclaim My goodness. Dark evil attempts to extinguish My Light. Darkness will cover the earth, even now spiritual darkness blankets the nations. Your voice must proclaim My Word to the lost and dying among you. The earth lies in the sway of the wicked one.

I have heard the cries of My people, none will be lost who trust in Me. But know this and understand; your battle is spiritual, not physical. Far too many of My children see only with their eyes, their spirits are blind to the tricks of satan. You must awaken from your slumber. I have given warnings to prepare My children yet far too many continue in fear. You have not been faithful to pray, but instead have panicked.

Opportunity, commitment, these will be available to My children – choose carefully the road you travel. Much opposition will soon come from many different sources, be prepared. With book and bow (The Word of God and Truth), you will fight the good fight of faith.

Separate yourself from distractions. Your days have been numbered. Be strong in your LORD and in the power of My might (Ephesians 6). Your weapons are not carnal, but mighty to the pulling down of strongholds.”

“Trust in the LORD with all your heart And do not lean on your own understanding. In all your ways acknowledge Him, And He will make your paths straight.…” (Proverbs 3:5-6)

“But the Lord is faithful. He will establish you and guard you against the evil one.” (2 Thessalonians 3:3)

“Fight the good fight of the faith. Take hold of the eternal life to which you were called and about which you made the good confession in the presence of many witnesses.” (1 Timothy 6:12)

Peachy for several years now I pray for the protection and salvation of Israel. That includes Netanyahu other government officials and military. For past few years I wake up at 1:00AM. and figure that is about when Netanyahu is beginning. I always pray peace, wisdom and protection over him. I would be so proud if he were our President. He has such class.

Beverly
I always wondered if he is a secret born again Christian. A great man with wisdom and class.

I had been interceding for many days about a lot of things. A few days ago the Holy Spirit spoke to be that war was coming to his children. I felt the grief of the Holy Spirit as tears ran down my face. It was sister against brother, individual against individual, etc.

He gave me the scripture that Satan comes to kill, steal, and destroy, Americans, Russians, Syrians they are all his children.

I was so upset. Then he spoke to me and said, “Peace, be still” several times and the Holy Spirit filled me supernaturally with peace.

I felt a remnant would be left alive.

I said to the Lord, I do not know how to handle this, handle what is coming and I wept. He once again said, “Peace, be still,” and peace filled me.

A few days passed and I thought about what he had revealed to me and I began to grieve once again, and he said, “Peace, be still” and he filled me with his peace.

At the time this was given I thought it meant this would take place at the Christian community where I live. I was a little shocked at the idea of the Saints of the Lord fighting against one another. But I think it may be part of a bigger picture, that there are good and bad people on both sides in this conflict. To see not nations, but human beings.

I do not know if this is for where I live, this upcoming war, or both.

The Holy Spirit had spoken to me once and said there was an event coming that would change people, some for the better, and some for the worse. He wanted to prepare my heart. He said let me choose your friends as only I know what they will be like in the days ahead.

The Lord’s mercy over all.

I forgot to add, I now pray for “Peace” in the Middle East.

Thank you for this word!
This reminds me of Rick Wiles and I believe Joannie Stahl mentioning a vision
Of a (blanket of darkness) over the nation. May confirm their vision also!

Last night I dreamed that I was in a house, filled with people, like extended family. I had the sense I knew them but no one stood out. But someone brought a VERY new baby to me and told me that its mother had rejected it. I asked if it had had the colostrum (which is the first milk, filled with antibodies and necessary for thriving) and they said it had. I took it to my breast and milk came in to feed it. I ran to the store to get it something and on my way back, thought, the baby needs a name. I considered Daniel but felt the Lord say Emmanuel “God with Us” When I got back, they said, but it is a girl, I said “Emmanuella” So I took the baby and kept it close to me, feeding it from my own, now abundant milk supply. I thought, I should have bought diapers at the store!
I took the dream to mean that while things will be difficult and complicated (extra people descended on the home as they were in need) God was promising he will be with us in this time.

Thank you all for coming on here and sharing your words from the Lord I try to visit daily this website is such a blessing!
My aunt had a vision last night that maybe someone can help decipher?
She opened three boxes… The first box had a red shaped sphere come out sort of like a pillow she said and had no idea what it was or symbolized?
The 2nd box she opened spoke and said this is the voice of God.
And the 3rd box she opened said “speak the words of God”.
We are praying for interpretation any insight would be great!

you may go to the link to ask prophetic question

Gina, I prayed and asked the Lord and here is what I heard. Please seek Him for discernment for yourself.

I feel the soft ref orb may represent God’s heart. He is giving your aunt His heart so that she may speak the words that He gives to her for others. She has a prophetic gifting to speak words of encouragement over others to help set them into their destiny which is in Christ. We are living in the last days where the Lord is pouring out His spirit upon us. The Spirit gives His gifts freely according to His purposes. For any of us to operate in the gifts according to God’s purposes, we must first know His heart. It is from His heart that all power flows. Everything that God does comes from a place of love first. His ways are not our ways and therefore we do not have understanding. For Him to give her His heart, He is also giving her wisdom and knowledge to have understanding. She will be able to speak the truth which is life into His people. This is a gift and must be treated with respect. Encourage her to seek the Lord to surrender all that she is at the foot of the cross to be covered in Jesus blood, to be made into a new creation, pure and holy and ready to be used by Him. All praise and glory to God alone!

Rachel this is beautiful thank you so much. You are correct she absolutely has this gift <3 I really appreciate you answering. God bless!

1 red color pillow
the rock on which Jacob rested his head as a pillow (Genesis 28:11}
red could represent the Blood of Jesus. redemption. salvation

watch this – appeal to the heaven

dutch sheets and many prophets.

Prayer
Lord forgive me when I use prayer as a short cut
As an easy way out
May I never use prayer to throw the responsibility onto you
But always be available to respond to your omnipotent ability in us
May the prayers I pray for change
Start by changing me
My humble attitude to others – that may I honor them
My love of mercy – that may I heal them
My actions for justice – that may I breathe hope into the world
And when I am finished my prayers
After I say, Amen
May I get up off my knees, changed
And ready to be the one you use to answer my prayers.

From 100 days of prayer going on for Ireland right now.

Ali, thank you for sharing this Word from the Lord. Yes, far too many of His children are wringing their hands in fear now. The Lord has given me a Word about that this very thing, which I plan to post shortly. Blessings to you!

And blessings to you are well. What a Mighty God we serve, GREAT is His faithfulness. LORD bless.