You are here: Home » Prophecies » “I saw missiles coming into Israel from the north and the east.”
Share this post: 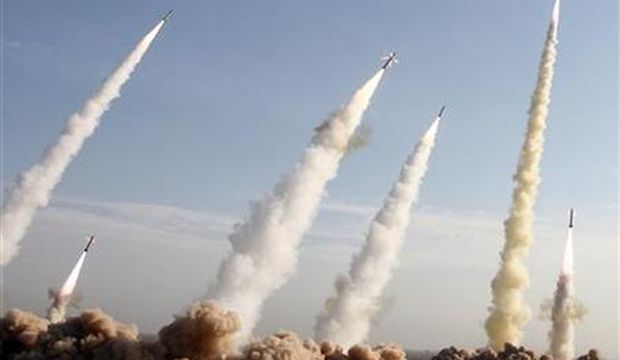 On Jan 17, 2018 Sharlene saw the future of Israel in this vision (#10). She refers to this vision in later visions involving the Middle East.

The same routine of praise and worship in the Throne Room.  The vision took me to Israel. I recognized the landscape as I was there Feb 2017 on a 2 week tour. The area was hilly, rocky and dry with sporadic green grass and trees. I don’t know where in Israel this was. I’m thinking north east but I’m not sure.

I saw a large tank stop and a soldier who popped his head out from the top. He was middle-eastern looking,wearing green army garb with red on the uniform and on his cap or hat.  His hair was short and dark and he had a dark mustache. I saw him point ahead to something and I heard him bark a command in a foreign language I didn’t understand.

I saw missiles coming into Israel from the north and the east. I understood that this was a future attack on the nation of Israel. It made me so sad. But Jesus said it had to be to bring His people back to Him. Pray for Israel!