You are here: Home » Church » Persecution » Video: Military Field Manuals Regarding Psyops and Internment Camps and Map with FEMA Camps in the U.S. and Details of Kigali Principles 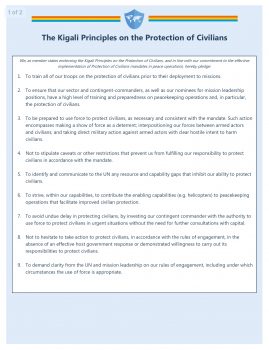 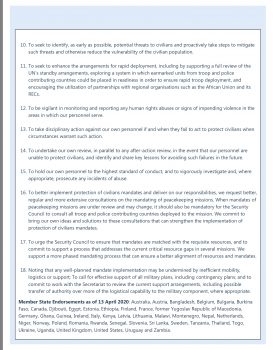 The US Gov't vs We the People

Special thanks to my friend Joe Bantam for this post.

Lynne M Taylor, known as Common Core Diva, is featured in this 26 minute video. Lynne carefully highlights the points outlined in the military field manuals regarding Psyops and Internment Camps.

Per Joe (a 13 year army veteran), manuals are treated like gospel to the soldiers and commanders in field operations. They are like the bibles of warfare. So whatever is contained in them is adhered to like glue.

Two important manuals are FM 33-1-1 Psychological Operations Techniques and Procedures and FM 3-39.40 Internment and Resettlement Operations. They outline the procedures and rules of operation against civilians, including Americans (if necessary) in the event of a national emergency. The crisis we have at hand today qualifies as such an event.

At this time, no one is saying that these measures will occur, yet, but we are slowly creeping towards that moment when American civilians might be considered in some form an enemy of the state, considered enough to be detained for the “good of all people”. Given this, it’s our duty to be informed.

Education is mentioned 18 times
Civilians is mentioned 83 times (especially how they can be classified)
Look especially for page 3-9 where ‘state enemy and state friend’ are mentioned.

(also note that in both FM guides UN groups are listed as helpers in the interment camps, as well as FEMA.)

Remember that in the Field Manual guides, any building can be ‘squatted’ in and used for these resettlement/internment camps.
———————————–

The Kigali Principles on the Protection of Civilians

I was in the Active Duty Military (both Navy&Army for 12 yrs, in National Guard for 8) All government institutions are tiered level operations, meaning only those at a specific level are given knowledge of specific events/occurrences. The people at the very top are aware of what the actual agenda is – to destroy humanity. Many will outright not accept this, but it’s the simple truth. All lower levels (beginning with the highest) are given slightly less information. This has been the modus operandi for centuries. All gov’t and military entities are infiltrated with masonic and other adherents to secret societies who do not believe in the God of the Bible, but Lucifer, though most are unaware that their belief structures are actually this way. In the mid-1800’s a Freemason named Albert Pike wrote about how they were planning three world wars which would be fomented through political opportunists (there’s much more to the story, but this is the major part). The plan was to bring mankind to enlightenment through political and economic trickery, forcing a situation which would demand individuals to make critical choices about their beliefs and form a societal construct which would be beneficial for the PTB to hold sway over the majority of the populace, bringing about their so-called “New World Order”. The elite have been laying out this plan over the years, with what is now our current scenario of having our “rights” stripped away from us piece-by-piece. If government gives you rights, it can also take them away (Every person has rights regardless of whether some “government” says so or not). Anyway, the plan up until now has gone along without too much questioning by the public (much upheaval, but not enough organization among those who know what’s really going on). There are moles… Read more »

Thanks Dave M for weighing in. I only really started on this path about all the plans around the military internment camps when God led me to multiple topics to research and was amazed how deep & broad the tentacles were. 😢

These plans continue to evolve & sadly many people in the military do not realize they will likely be put in a position in the future to decide if they will comply or not comply with these orders to round up Americans to detain them in internment camps.

The three questions you asked are excellent. Now is the time.

If you have never read his work, look up Russ Dizdar, who discusses a “Black Awakening” of demonic super soldiers. I plan to do a post on this.

Now more than ever, people need to understand what we are facing & we need to equip ourselves for spiritual warfare like never before.

Reading this post now : with everything unfolding I just saw on a before its news site
Ritchie from Boston : Watch the video that you tube used to take down RFB.- Military openly training to imprison Americans up on Brighteon. He had 430 ,000+ subscribers & + 2,200 videos.. Please excuse the adverts … Etc video near lower end of the page.