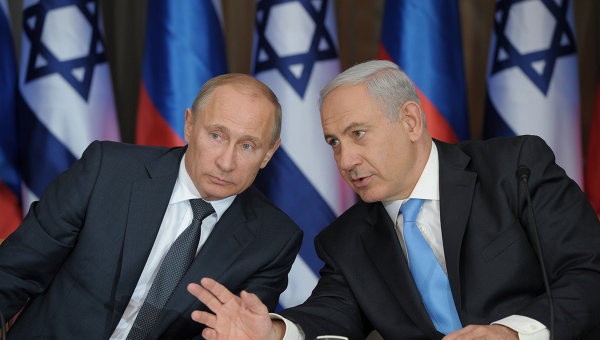 In the morning of 1st December 2015 in a vision (supernatural dream) of The LORD God Almighty, The LORD Jesus Christ and The Holy Spirit, I together with a group of people are in a celebratory mode and we get very excited about the nation of Israel. I then pass through a room where an Arab Muslim is seated, and he asks his colleague: “Why are they excited about Israel?”

His colleague then responds to him: “It is because their faith/belief has got a link and a connection with Israel”

Later while still in this vision of The LORD, I see myself in a place where very sophisticated and mysterious military equipment is detected in the airspace of Russia (or one of its allies) by the Russian military intelligence. The Russians then scramble to decipher (decode) the origin of this sophisticated military equipment that moves into their airspace (or the airspace of her allies), and they detect it from the ground.

A confrontation then ensues between the two nations.

The vision of The LORD then ends.

The First message that was imparted in my heart from this communication of The LORD is that, through the nation of Israel (The Jews) has The LORD brought Salvation to the earth (Mankind).

The Second message that was imparted in my heart from this communication of The LORD is that a very serious military confrontation is soon coming to the earth between the nation of Russia and the nation of Israel.

Genesis 12: 1-3 ‘“The Lord had said to Abram, “Go from your country, your people and your father’s household to the land I will show you. “I will make you into a great nation, and I will bless you; I will make your name great, and you will be a blessing. I will bless those who bless you,and whoever curses you I will curse; and all peoples on earth will be blessed through you.”’

John 4: 21-22 ‘“Woman,” Jesus replied, “believe me, a time is coming when you will worship the Father neither on this mountain nor in Jerusalem. You Samaritans worship what you do not know; we worship what we do know, for salvation is from the Jews.”’

Maybe it is possible that this military equip is supernatural and it baffles the Russians?

If you’re read Kevin, thankyou for these warnings.