You are here: Home » Church » Harvest » Mike Bickle: Was the Chiefs Super Bowl Win a Sign of End Time Revival? 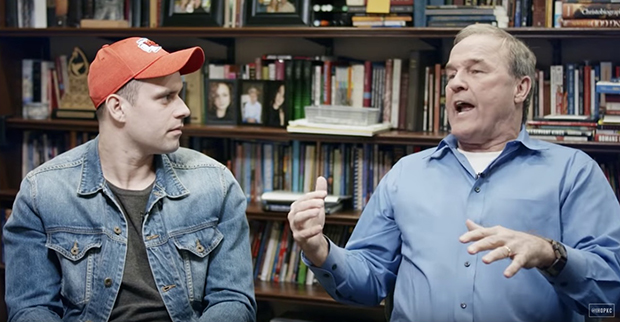 Mike Bickle, founder of International House of Prayer in Kansas City, was a close friend of the late prophet Bob Jones, so when the Kansas City Chiefs won the Super Bowl on Feb 2, 2020, people started asking Mike about a prophecy given by Bob Jones that it would be a prophetic sign marking the time of the rise of His chiefs and the start of a great end-time revival. In the 7-minute video shown below, Mike Bickle responds to these questions with what I think is a great answer.

And as long as we’re on this topic, there were a few other interesting points about this Super Bowl victory for the Chiefs. First, they came from behind late in the fourth quarter to win it. Second, the date of the game was Feb 2, 2020, marking the first date in over 900 years that’s the same written forwards and backwards, 02/02/2020. Plus, it was the 222nd career victory for the Kansas City Chief’s coach. Plus, after the game, two key members of the Chief’s gave glory to God on national television, including quarterback Patrick Mahomes and owner Clark Hunt.

That’s a lot of two’s, but what does it mean? I believe the four two’s in this scripture verse combined with the promise confirm what Bob Jones saw coming.

Two also represents unity, as shown in this scripture:

8 and the two shall become one flesh’; so then they are no longer two, but one flesh.
9 Therefore what God has joined together, let not man separate.” (Mark 10:8-9 NKJV)

As I documented in my book, Remnant, The Righteous Remnant Now Arises, this remnant will walk in greater unity than ever before, operating like one body, even being able to perceive what’s happening in each other.

One other interesting fact regarding the Chiefs win- it was literally 50 years/seasons that they had won a Super Bowl. Year of Jubilee reference or corollary?