You are here: Home » Prophecies » End Time Prophecies » Tribulation » “The Mighty Wind I told you about several months ago is here.”
Share this post: 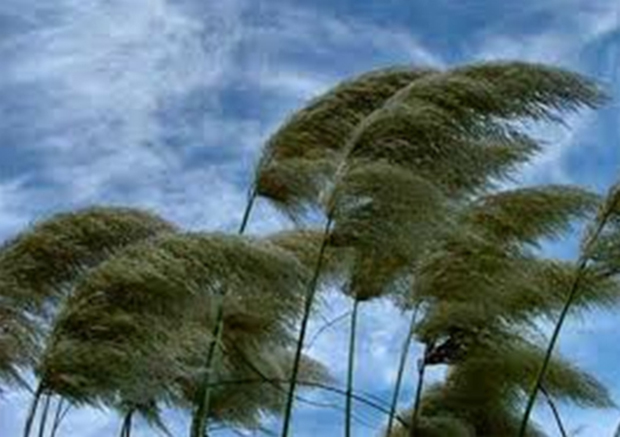 I received an email yesterday from Byron Searle, sharing the following prophetic warning, which he received recently.

Earthquakes are coming next. This nation still refuses to repent. It has gotten worse and so will the quakes. New York will be reduced to a city half its population now. Many will never know what hit them for it will come at early morning. Long Island will not be an island, but ocean. Boston will be no more as water will cover everything. Washington DC will be underwater. Norfolk, Charlotte, Savannah, and Florida will all be affected by the tidal wave. Many millions will perish.

Those that hear My spirit have moved to safe areas in the mountains. My son, this wave will be caused by two factors. The first will be an asteroid that will strike down by Florida, off the coast. The other factor will be the collapse of the mountain in the Canary Islands. I tell you this now because this event, even though it is the third judgment, is very near.

My body must be told, and those with ears to hear will prepare. Those that laugh and mock this will perish.

The conflict with North Korea will start and be over quickly. However, this will lead into a much larger conflict in which America will lose and be taken captive.

The winds are blowing – be prepared for the Outpouring. Amen.

As Byron shared in his previous warnings, four judgments are coming to America with increasing severity, it begins with less severe shakings, progressing to more severe ones. This new warning sounds like a confirmation because it begins with strong winds, but then reveals far more severe events coming afterwards. Strong winds hit the southern U.S. a couple of months ago, but it sounds like more is coming.

After the wind comes earthquakes, which also confirms the previous warnings because they seem to increase in intensity, eventually destroying New York City and covering Long Island with ocean waters. Byron also saw other east coast cities covered with water, all the way to Florida, which he identifies as part of the third judgment, which means even more severe judgments are coming after the wind, earthquakes, and falling asteroid.

Separately, Byron sees a brief military conflict with North Korea coming, which will surely create a lot of fear and uncertainty, but the good news is it will be over quickly, so it will not escalate into a major war. However, Byron sees a larger war coming later, which the United States will lose, confirming what many others have seen, including Dumitru Duduman, Henry Gruver, Cathy Lechner, and Pastor TD Hale.

The good news is the same wind bringing judgment is also bringing a mighty move of God’s spirit across the United States. Byron’s message included instructions to “be prepared for the outpouring,” confirming what many others have seen over many years, even going back to Evangelist Smith Wigglesworth, as shown in the following prophetic word, which I received in an email from Pastor Daniel Nalliah from Catch the Fire Ministries in Hallam, Australia, in May 2017.

Around 4 AM, I received the word. “My Son, the time for the word spoken by Smith Wigglesworth to come to fulfilment is at hand. I want my church to prepare in the next three years for a mighty outpouring of My presence, which will start a national reformation starting 2020 – 2030 of LOVE and Holy Spirt FIRE. This Revival Fire will turn the nations back to me and cause national reformation throughout the whole world in many nations.” (see the complete post)

Not only does Pastor Daniel’s word confirm what Byron saw, it also reveals the start date is 2020 and continuing to 2030, which confirms what the Prophet Bob Jones saw, a harvest of one billion youth coming to the Lord Jesus in 2020.

Byron saw the judgments coinciding with the outpouring, so if the outpouring happens from 2020 to 2030, then perhaps the same dates would apply to the judgments. However, even if the more severe judgments are still a few years away, that doesn’t mean nothing happens until then because Byron’s warning revealed the Mighty Wind, which God told him about several months ago, is here now.

The events Byron saw sound very similar to events happening during the tribulation and great tribulation, including great earthquakes, stars falling to the earth, and mountains being moved out of their place.

12 I looked when He broke the sixth seal, and there was a great earthquake; and the sun became black as sackcloth made of hair, and the whole moon became like blood;
13 and the stars of the sky fell to the earth, as a fig tree casts its unripe figs when shaken by a great wind.
14 The sky was split apart like a scroll when it is rolled up, and every mountain and island were moved out of their places. (Revelation 6:12-14)

Only God knows whether Byron saw the same events as the Apostle John, but it is safe to say God has a great outpouring planned for the days ahead and He is now sending out invitations, calling His people to seek Him now, so we’re well prepared to hear His voice and follow His leading. In addition to strengthening our relationship with Him, He might have specific instructions for us, things He wants us to do or places He wants us to go. Those who listen and obey Him today will be in position to bring in the harvest of souls during this great move of His Spirit.