You are here: Home » Babylon » Mark of the Beast » Michigan Passes Controversial Bill to Microchip Humans (Precursor to MOB) 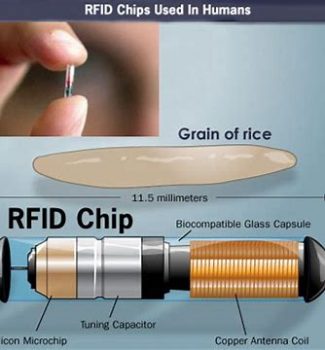 “The Michigan House of Representatives has passed a controversial bill to microchip humans voluntarily in the state under the guise of protecting their privacy. The Microchip Protection Act would allow Michigan employers to use microchipping of their workers with their consent. However, research has shown that RFID transponders causes cancer….

In May, the plan to chip humans globally through a digital ID was exposed in the Italian Parliament. Sara Cunial, the Member of Parliament for Rome denounced Bill Gates as a ‘vaccine criminal’ and urged the Italian President to hand him over to the International Criminal Court for crimes against humanity. She also exposed Bill Gates’ agenda in India and Africa, along with the plans to chip the human race through the digital identification program ID2020.”

between italians, and Indians it would be nice if someone arrested bill gates, confiscated his wealth and distributed it to those who have been harmed by him

Ken Peters from the Prophecy Club regarding RFID refusal:

Fear not and Be blessed!

Hi EPG! thanks for your research and work. I believe when the MOB is going out, it will definitely involve worship and desire for it. I don’t know how it is all going to come down but I know for sure, we are to ENDURE to the end! May we love not our lives unto death and be a testimony to our great Savior and Lord Jesus! blessings!

Amen and so true. Thank you for the article.