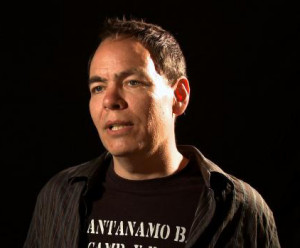 Max Keiser, financial guru and host of a financial talk show called the Keiser Report, predicted in June, 2012 that the worldwide bond market bubble will burst by April 2013.

In an interview, which was broadcasted yesterday on Infowars.com, Mr. Keiser shared his assessment of where we are and where he predicts we are going soon. The following is the transcript of his comments from that interview.

“What we have in the mix right now, we have the currency wars. That has become a headline that is splashed all over newspapers around the world. The various countries are trying to debase their own currency. They are in effect, it is a firing squad lined up in a circle.”

“Now at the G-20 meeting, they all explained how this is a good thing because they are just helping each others export business, and that it is not about a trade war, and that it won’t devolve into a hot war. Of course that is false.”

“What is the truth of the reality here is that they are still allowing the Japanese yen to collapse more than any other currency because it provides the cheapest source of funds for these governments to engage in buying each others sovereign debt. Because since the collapse of 2007 and 2008, since the Lehman Brothers collapse, there is one market that has been kept artificially afloat for these past five years and that is the bond market and the sovereign bond market. And it has been kept afloat by things like quantitative easing and by governments buying each others bonds.”

“This (the bond market) is the bubble that is yet to blow up and it will be the most spectacular bubble. Another development since we spoke last is you have two currencies that have been identified as possibly the next two currencies to go down in an Argentinian-like rabbit hole of destruction. One is the Japanese yen for the reasons we just discussed and now people are talking about the British pound. So the British pound was seen as a safe haven but now with the euro doing better people are pulling out of the British pound and you have people like George Soros and other hedge fund managers publicly saying they are now in full attack mode against the British pound and this means that the British pound’s credit rating will be downgraded. And what is going to happen in Great Britain, and why we moved to Great Britain, because we knew this was going to come, is they are going to have to have a full-scale currency debasement, or downgrading, or a devaluation by 30% or 40% which means that inflation will skyrocket here and it is already a huge problem”

“And here (in Great Britain) the big story in the past week has been about horse meat. They have discovered horse meat in all of the beef products. This is an inflation story, where you see substitutions for cheaper meats, and in this case horse meat for beef. The agricultural industry cannot keep prices down anymore. They have gone through the genetically modified organism series of price deductions. They have gone through globalization and the price deductions. But starting two or three years ago, and starting post crisis, starting with that speculation that we have seen in agricultural commodities that led to the Arab spring and a revolution in Egypt, food prices, fuel prices, and gas prices are now inescapably starting to edge higher in ways that are out of control. And it does not matter how much quantitative easing or any of these other programs are in place, the wheels are coming off.”

“You now have a generation that does not understand what financial independence is anymore. You have an entire generation in America that has been dependent on the government. So they have lost the memory of what being financially independent is all about. That is key. That is what the people who want to continue to destroy the system are banking on. They want to destroy the memory. My generation was the last generation I think that really had an appreciation for economic and financial freedom. But now the current crop has lost touch completely. They don’t understand that they have it within their own means, according to the constitution in the United States anyway, to be independent from the government. So they have lost touch completely.”

Mr. Keiser then described the possible trigger event that will quickly burst the bond market. He says it could literally happen any day now with an announcement from China that will ignite the worldwide demand for gold.

“In 2009 there was a 40 year reversal where central banks became net buyers of gold. They had been net sellers. The reason why is because they are all selling massive amounts of bonds to degrade their own currencies as part of the currency war. They don’t trust each other. So they are buying gold because they realize the bond bubbles and the currency bubbles are popping and gold will once again resume as being the world reserve currency as it has been before and will again. So the central banks are buying gold.”

“Now here is where things are going to get interesting because right now central banks are floating money to buy bonds. They are also buying gold. But at some point they’re going to switch. They are going to print money to buy gold. Then you will see a hyperbolic move in gold but it will happen very quickly.”

“As to when that will happen, I think my friend Jim Rickert, who I think is the smartest guy in the world when it comes to gold and currencies, he predicts that when China comes out and announces that they have 4000 tons of gold, right now they officially have 1500 tons of gold, But we know they have been buying very aggressively for a number of years and they should have close to or over 4000 tons of gold. Once China says, and it is known that they have 4000 tons of gold, which on a percentage to their reserves and to their population is critical, then you will see panic buying in gold around the world. The central banks will triple and quadruple their panic buying. I think this could happen any day. A massive trap door is opened underneath the bond market and gold prices skyrocket.”

All of Mr. Keiser’s comments point to very dark clouds on the horizon for the world economy. But it gets even darker when you consider his next comments:

His prediction for April leaves only two months before we either see the bond market bubble bursting or Mr. Keiser left to explain why he was wrong. Max Keiser is also the inventor of a virtual stock trading system called the Hollywood stock exchange and is a former stock broker.

One secular fella who has stepped up and sounded the alarm of late is David Stockman. I strongly recommend his book “The Great Deformation”. He was the Budget director under Regan.

Its amusing to grin and read articles of prediction and what not after the time period has passed. Anybody remember Larry Burkett? He was big on christian TV back in the late 90’s, predicting with his book, charts and analysis the complete total economic collapse of the US by 2000. Not even close! Larry had millions all up in arms. TBN was running him on their station weekly. It was a zoo.

At least Max Keiser is not a Christian or a prophet, just a secular financial anaylyst who stuck his neck out and was wrong.