You are here: Home » Babylon » 1st Beast is Obama » “He will come back on the scene again later. This man is THE ANTICHRIST!”
Share this post: 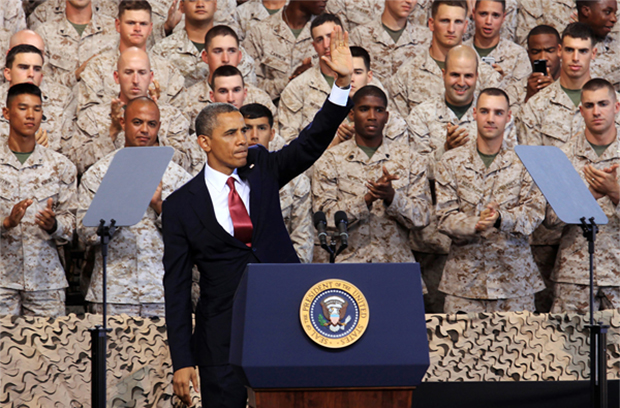 I received an interesting email today from Z3er Jennifer B, sharing an amazing story about a prophetic word given to her sister-in-law many years ago. Here is what she shared.

After reading the recent article posted on Z3 News, “Watch Obama“, I started reading the comments and saw the YouTube link to Obama’s speech, so I decided to check it out. When he started to speak, I heard the words, “Cunning” and “Manipulator”. I did not listen to the entire speech as I don’t care for him.

Funny thing is, I then went back to reading the comments where I left off since I was not done. The first comment was from Linda Courtney, telling about her pastor. She wrote, “I see now that Satan indeed ‘appears as an ANGEL OF LIGHT,’ He is the master deceiver and manipulator. He is crafty and cunny.”

Later, I sent a message to my sister-in-law telling how I watched the YouTube video and heard the words “Cunning” and “Manipulator”, then saw those same two words, which were my confirmations because that is how God works in my life. She called me immediately and said,

“Jen you are not going to believe this. Several years ago when my son (who is now 24) was a little boy, we lived in an apartment complex next to an older lady. One day, the lady told me she is a gypsy, but she had strong faith in the Lord and she said He had given her a vision in which she saw my son going into the military.

I laughed because I could not see my son doing this, but at the time of our conversation, he was very young. Anyways, she went on to tell me, ‘When your son is in the military, he will be under a ruler who will be America’s first dark skinned president. This man will be very sly, but people will love him. He will reign several years as president, but he will not go away. He will come back on the scene again later. This man is THE ANTICHRIST!'”

Just as her neighbor said, years later, her son joined the military and his Commander in Chief was America’s first dark skinned president, Obama. She said she did not take this lady seriously at the time, but now she looks back and thinks differently. She never told anyone else this story until I told her mine. I thought that was so crazy.

I have been shown a few things about Obama and God confirmed them each time. Several years ago I was laying in bed asking the Lord to reveal the antichrist, but only if He thought I needed to know. After my talk with the Lord, I turned on my Kindle and right in front of me was an article on Obama. I knew right then and there. I have had several dreams and other confirmations as well.

I do not follow politics or Obama’s speeches, nor do I follow Trump. I just live my life as me and do what God intends. I felt I needed to share this with you.

People are listening to Hananiah again…Trump is Jehoahaz or Jeroboam II..the reprieve will be followed VERY soon by the Assyrian (foreign troops) invading!!!

Sorry, I’m in agreement with Duane. There’s a prophet named Ken Peters who said “I Saw the Great Tribulation” on YouTube. In his vision (or dream) he said the anti-Christ’s face/appearance was “almost chiseled” and “too perfect” which is opposite of Isaiah’s description of Jesus in Isaiah 53:2, “…He had no beauty or majesty to attract us to him, nothing in his appearance that we should desire him.”

Or, as we see in this word, https://z3news.com/w/prophetic-dream-reveals-obama-completely-transformed-young-handsome-man/, he does acquire that well-chiseled face as seen by Ken Peters.

My interpretation is her dream revealed the handsome man to show the spiritual attractiveness of the antichrist, not that Obama will literally be physically changed into a young handsome man, but ultimately it doesn’t make much difference because the end result is the same.

No, Obama is not. The AntiChrist puts himself in place of God. There already is a man on this earth, that controls 1/6th of the worlds population that is at war with God. His followers put pictures of him in place of Christ, and they tell the Christians that they should give thanks to him instead of God because ‘there is no God.’ 1 million people or more are in ‘re-education’ camps. This country has a long history of persecuting people of all faiths, just as the AC will.

I always wonder about people who glibly question those who hear from God. Many people, who spend HOURS daily in prayer, have been told that Obama is either the little horn or one of the others. I don’t know how many you spend, but I am wondering if those who offhandedly dismiss the true Jeremiahs of our time spend more time on youtube than in the Word and hearing from the Lord. Phillipians says to not despise prophesies. We need to pray about each one and discern.

Of whom do you speak?

Thanks for sharing this. Wow. I remember when Obama first got elected. I was at work (as a detective) and sitting next to my work partner who was also a believer. For some reason, I just spoke out something like, “Well, that is the beginning of God’s judgment on America.”
NO, there wasn’t anything racist about him. From the beginning I didn’t like that guy. He is so arrogant and cocky. And yet, he had never done anything in life to earn the position of president. Anyway, sure enough, he was and is part of God’s judgment – I know people love him, but they will love the anti-christ too!

Gregg W send me a line at dgpm@live.ca, info to pass on to you.

James, I don’t know if I have shared this here before, but I had a dream back in 2016 or early 2017 where I saw war breakout here in the U.S. and Michelle and Obama were coming back into the White House. In the dream I was trying to get this little boy to safety .

Thanks for sharing that confirmation dream Michelle Gibson. I a similar scenario in a dream back in 2014.

I believe Kim Clement had once prophesied that Obama’s daughter would be President of the US one day. This could be another possible way for the Obamas to get back into the White House.

I thank you James for posting this message.This is another one of the many, very many, prophecies, dreams, visions, words of knowledge, and so on, that Barack Hussein Obama is indeed THE anti Christ. He fits the Scriptures also, which is the main MARKER for God’s truth.

Sorry, but I don’t think Obama is the AC. He definitely is anti-Christian and this is what I think a lot of people are picking up on.
I’m sure everyone thought Hitler was the AC but obviously not. Just highly anti-Christian.
I think we need to be careful putting this label on somebody as we can lose credibility pretty fast.

Such an interesting post… by James
reading Daniel Chapter 7 Daniel’s vision of 4 Great Beasts…all of the chapter but I can’t write down all the verses but they are all important & refer to end times as well. * Just noting Daniel Chapter 7 verse 20.re the 10 horns; that were in his head, & or the other which came up…& before whom 3 fell; even of that horn that had eyes, & a mouth that spoke very great things, whose look was more stout than his fellows.
verse 21: I beheld & the same horn made war with the saints, and prevailed against them. then read verses 22 23 & 24…
verse 25 And he shall speak great or pompous words against the most High , and shall wear out the saints of the most High , and think to change times & laws: and they shall be given into his hand until a time and times and the dividing of time.much to ponder & pray about.

Interesting. Back in early 2009 when Obama first started in office, I had a dream that Obama walked onto a stage and the hand of God came down from heaven and pointed his figure at his chest. Suddenly he let out such scream, it woke me right up and I was so amazed at this.