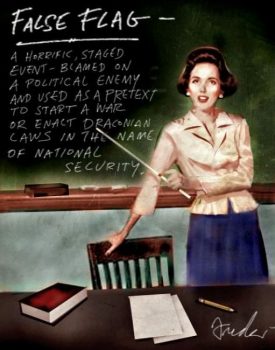 I wrote about what is getting ready to transpire in the U.S. back in December 3, 2018 in my post, “Christians, conservatives, patriots, and nationalists will be blamed for economic collapse” Z3 News post.

There is so much disinformation occurring that it is overwhelming to try to even report on all of it. ??‍♀️

There has supposedly been a dump of confidential files by the White Hats with the promise of imminent arrests. These “arrests” will allow massive numbers of wealthy globalists to disappear to their bunkers before the chaos is in full swing.

Yesterday, I received an email link from a GOP chairman from Nye, Nevada stating Trump would be President for 4 more years, arrests would be occurring this week, and much more yet somehow today, the site is “not working”.

There are reports from Mike Adams & several others that Trump signed the Insurrection Act of 1804. Be very wary. I am questioning multiple people now & their behavior & rhetoric, including Mike Adams, Steve Quayle, Alex Jones & others calling on Patriots to “take up arms & defend our Republic”. My Spirit is loudly warning me to warn Z3 News Readers to be very wise as there is now a massive government psyop underway. Do not allow your emotions to dictate your actions. Press into God for truth & clarity in these times.

Jon Rappaport wrote two astute articles (“Was the assault on the Capitol a false flag?” & “False Flag at Capitol: it’s all about the effects and the after-effects”.

“The first thing you need to ask yourself: was the break-in at the Capitol, while Congress was in session holding a debate about election certification, an attempt to stop a transfer of power to Biden, or an attempt to stop the debate itself—during which legislators would have laid out evidence of fraud?

The assault did achieve a stoppage of the debate, which was being carried live on television.

Obviously, if the assault on the Capitol building was a false flag, all the blame cascading down on Trumpers paves the way for Biden and his handlers to carry out even more draconian measures on the American people, under the rubric of National Security—piled on top of the COVID lockdowns.”

“The events of Wednesday at the Capitol achieved a Jackpot for the Political Left…The Capitol break-in is a MAJOR covert op. And like all such staged events, the planned after-effects are the most important pieces.

Now as a result of this FAKE Capitol Hill intrusion (which Jon Rappaport reminds us that the Left took over a Senate office building in October 2018), we are seeing these “reactions” (all planned well in advance of this orchestrated “false flag” at the Capitol:

“PARLER GOES DARK. In America, if the left doesn’t like you, they can just turn you off. For EVERYONE.” Newsthud Article

“The Great Purge: Twitter Has Suspended More Than 70,000 Accounts Since Friday”

Then this false news is being circulated, “FBI warns of plans for nationwide armed protests next week”. I feel in my Spirit that these are more planned false flags to make “Trump supporters” (nationalists, Christians, Patriots, and conservatives) look bad and “justify” more censoring.

***Get ready for an economic crash. I fully believe the globalists want this to occur while Trump is President so he can be blamed & his supporters vilified.***

Plan for significant disinformation & significant division. Many are discussing martial law. Prepare for emergencies that can be enacted and understand the goal is outright chaos, conflicting information, and to incite anger and violence in both sides against the other side. Do not partake in allowing yourself to be used as a weapon. Spend time in God’s Word & in His peace.

Please watch this 21:15 minute video by Youtube Channel, Extreme Reality, which really drives the point home that Christians, Conservatives, Patriots, Nationalists, etc. will be deemed “terrorists” to have their Constitutional Rights suspended, allowing for suspension of Civil Rights & indefinite detention without trial or charges brought.