You are here: Home » Church » Remnant » “Those Who Have Allowed Me to Burn Away Their Flesh Have Been Made Ready for This Hour”
Share this post: 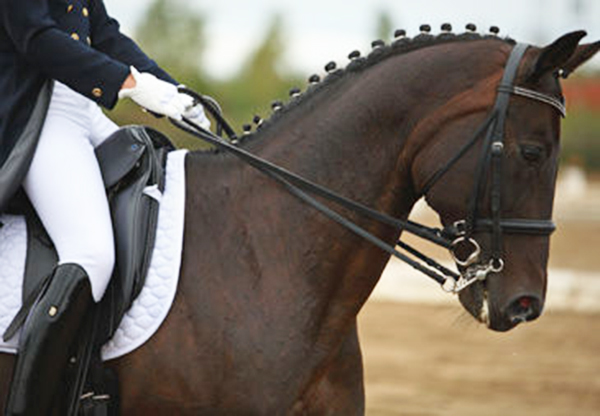 On July 16 2016, the Lord directed me to this scripture in speaking of His remnant who will be saved through the judgments that are coming on this earth.

16 Then those who feared the Lord talked with each other, and the Lord listened and heard. A scroll of remembrance was written in his presence concerning those who feared the Lord and honored his name.
17 “On the day when I act,” says the Lord Almighty, “they will be my treasured possession. I will spare them, just as a father has compassion and spares his son who serves him.
18 And you will again see the distinction between the righteous and the wicked, between those who serve God and those who do not.”
‭(‭Malachi‬ ‭3:16-18‬ ‭NIV)‬‬

God alone determines the fate of His people. He uses all things for His good and His purposes. He is the potter and we, His children, are His clay.

1 This is the word that came to Jeremiah from the Lord:
2 “Go down to the potter’s house, and there I will give you my message.”
3 So I went down to the potter’s house, and I saw him working at the wheel.
4 But the pot he was shaping from the clay was marred in his hands; so the potter formed it into another pot, shaping it as seemed best to him.
5 Then the word of the Lord came to me.
6 He said, “Can I not do with you, Israel, as this potter does?” declares the Lord. “Like clay in the hand of the potter, so are you in my hand, Israel.
7 If at any time I announce that a nation or kingdom is to be uprooted, torn down and destroyed,
8 and if that nation I warned repents of its evil, then I will relent and not inflict on it the disaster I had planned.
9 And if at another time I announce that a nation or kingdom is to be built up and planted,
10 and if it does evil in my sight and does not obey me, then I will reconsider the good I had intended to do for it. ‭‭(Jeremiah‬ ‭18:1-10‬ ‭NIV‬‬)

The Lord God is reshaping His children today just as He said in Jeremiah 18. He is calling His children out of the kingdom of this world and into His kingdom. For those who are willing to be shaped by Him, He is and will do an incredible work in them, transforming them into what He always intended them to be from before the foundations of this earth.

“Yet this is what the Sovereign Lord says: “ ‘It will not take place, it will not happen,” (‭‭Isaiah‬ ‭7:7‬ ‭NIV)‬‬

I asked Lord, what will not happen?

“I will not destroy My children who call upon My name and come to Me. In the day in which I choose to act, and all hell breaks loose on America, I will protect My own. I will not tear down their houses, those that are built on the foundation of My Son. I will hide them in my shadow in that day. Watch and see what I will do. You will be amazed as one man is taken and the other one left behind.

I am the refiners fire. Those who have allowed Me to burn away their flesh, have been made ready for this hour. Those who have sung another song and are drunk on the sins of others will be laid to waste in the great and terrible day of the Lord.

They think I do not see. They think I’ve grown weary. They say judgment will never come, but they will eat their words. This City of Sin will perish, but know that My true church will stand. It will be like a White House amidst a grey and dark night. It will shine with the brightness of the sun. Many will see and not even be able to comprehend the marvelous work I have done.”

“But who can endure the day of his coming? Who can stand when he appears? For he will be like a refiner’s fire or a launderer’s soap. He will sit as a refiner and purifier of silver; he will purify the Levites and refine them like gold and silver. Then the Lord will have men who will bring offerings in righteousness, and the offerings of Judah and Jerusalem will be acceptable to the Lord, as in days gone by, as in former years. “So I will come to put you on trial. I will be quick to testify against sorcerers, adulterers and perjurers, against those who defraud laborers of their wages, who oppress the widows and the fatherless, and deprive the foreigners among you of justice, but do not fear me,” says the Lord Almighty.” (‭‭Malachi‬ ‭3:2-5‬ ‭NIV)‬‬

Then I heard this:

“The wait is nearly over. I will do what I have said I would do. I will take mercy on those I choose and I will pour out my judgment on those who have it coming. And in that day, my prophets must stand up and proclaim that My Word is true. I am the same God yesterday, today, and tomorrow. I Am without end. I build up and I tear down. Those that call on My name will I show mercy and those that blaspheme shall perish in an everlasting lake of fire.

I am done with the lukewarm church. She beautifies herself like lipstick on a pig. She is better off drawing a steaming hot bath and scrubbing off the impurities that cling to her. She has become ugly to me. She is no bride. She has become a laughingstock.

I will cleanse her once again from her iniquity so that what is left has been cleansed and made ready for the day I give her to My son, her groom for all eternity. He will have the bride that He deserves and nothing less. All else will burn in the lake of fire.”

I was then sent to this scripture:

6 “I have revealed you to those whom you gave me out of the world. They were yours; you gave them to me and they have obeyed your word.
7 Now they know that everything you have given me comes from you.
8 For I gave them the words you gave me and they accepted them. They knew with certainty that I came from you, and they believed that you sent me.
9 I pray for them. I am not praying for the world, but for those you have given me, for they are yours.
10 All I have is yours, and all you have is mine. And glory has come to me through them.
11 I will remain in the world no longer, but they are still in the world, and I am coming to you. Holy Father, protect them by the power of your name, the name you gave me, so that they may be one as we are one.
12 While I was with them, I protected them and kept them safe by that name you gave me. None has been lost except the one doomed to destruction so that Scripture would be fulfilled.
13 “I am coming to you now, but I say these things while I am still in the world, so that they may have the full measure of my joy within them.
14 I have given them your word and the world has hated them, for they are not of the world any more than I am of the world.
15 My prayer is not that you take them out of the world but that you protect them from the evil one.
16 They are not of the world, even as I am not of it.
17 Sanctify them by the truth; your word is truth.
18 As you sent me into the world, I have sent them into the world.
19 For them I sanctify myself, that they too may be truly sanctified.
20 “My prayer is not for them alone. I pray also for those who will believe in me through their message,
21 that all of them may be one, Father, just as you are in me and I am in you. May they also be in us so that the world may believe that you have sent me.
22 I have given them the glory that you gave me, that they may be one as we are one
23 I in them and you in me, so that they may be brought to complete unity. Then the world will know that you sent me and have loved them even as you have loved me.
24 “Father, I want those you have given me to be with me where I am, and to see my glory, the glory you have given me because you loved me before the creation of the world. (‭‭John‬ ‭17:6-24‬ ‭NIV‬‬)