You are here: Home » Church » Remnant » God’s People Will No Longer Be Defined by the Vines 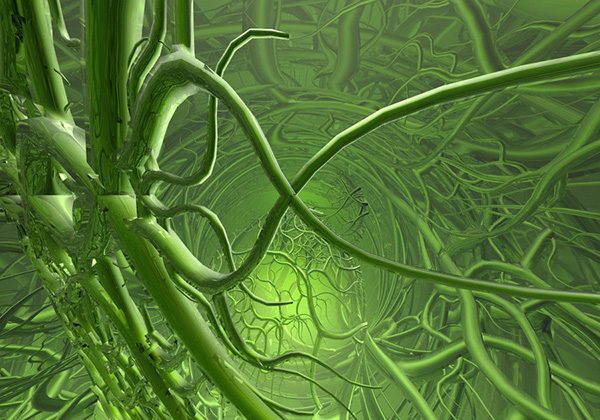 As I spent time with Jesus on October 2nd as Rosh Hashanah was upon us, I had a vision where I saw Jesus coming into the lives of believers and He was dressed as a warrior and had a HUGE SWORD in His hand.

He moved towards God’s people with such intentionality and victory. Each one of His steps was like the most skilled of warriors. His eyes FULL OF FIRE!!! As He moved towards God’s people, He was wielding His sword back and forth. Every move SO precise. Every move made with perfect intention. The sense surrounded me that the Lord has been working deeply in the hearts and souls of His people in the last month, digging at roots and areas of demonic assault, all preparation for what He was about to do.

I then noticed that around the hands and feet of God’s people were what looked like “vines”. As He moved towards them wielding His sword with such authority He spoke “YOU WILL NO LONGER BE DEFINED BY THE VINES”.

There was such a war happening over God’s people in regards to these VINES attempting to DEFINE them. They are looking for “agreement”. Many have continued to stand in declaration of their identity in Christ despite the vines, but have now become so weary of the constant ‘tugging’ of these vines that they have stopped fighting and begun to ‘accept them’.

With all this happening, Jesus showed up as the WARRIOR KING, sword in hand and I saw Him beginning to literally SEVER these vines. The atmosphere was so full of His VICTORY and NOTHING was able to stand against Him or His Word. As He severed them, He was declaring, “ENOUGH IS ENOUGH!!!!!! Fresh new start. Waters now part, divine severance, completion and finality.”

The atmosphere around me was full of the sense of a completely new beginning. Not just in “one area,” but a total overhaul, complete freedom. The Lord is coming with His sword. He is separating soul from spirit, and He is severing the vines. What has held many of you back for so long, those continual ‘tugging vines’ that have not relented, but they are being SEVERED in this new beginning, this fresh “NEW YEAR,” according to the Jewish Calendar.

As these vines were severed, I saw God’s people rising up in such a greater awakening of their identity and victory in Jesus, but the one thing that struck me was their eyes full of fire, the same fire that was in the eyes of Jesus as He moved towards them at the beginning of the vision.

This new beginning is going to see the people of God rise up with SWORDS in their hands, holding strongly to the Word of God like never before and storming the gates of hell and terrorizing the enemy.

The Lord is going to release divine justice and payback to His people and through His people as they move out to slay the giants in the new land. A significant shift is taking place of moving God’s people further into the OFFENSIVE position against the enemy. Satan is really going to be reminded more than ever of his defeat in this season as the WARRIOR ARMY OF JESUS further takes their place.

Beautiful, powerful word, Lana! This aligns completely with what the Lord spoke to me just this morning during a VERY powerful worship time with a group of Believers. Those of us who have been in severe bondage for most of our lives are being loosed from these vines/chains and are now coming into our God given destinies! We were born for such a time as this!

Amen Jen! Your right, we were born for a time like this. Let’s break the chains and praise the Lord.

Satan is attacking me and my daughter now which means I am moving forward like never before because I won’t quit this fight and the Holy Spirit has been working in me like never before.
Whenever I have had major breakthroughs or a major blessing coming in a different way, I get severely attacked but if he can’t get me to give up then he goes after my children.
But he is a loser and already lost this battle!!!! The Victory is already won! Jesus wears the Victor’s crown! AMEN

Anna, read Lana’s entry today–I think it will really bring even more encouragement. Praising God for the victory already won for you and your daughter! 🙂 https://www.facebook.com/lanavawserministries/posts/1188094814567003

Amen keep fighting for you and your daughter by following Jesus and you will overcome anything Satan tries! God bless you! I will keep you in my prayers.

Hallelujah!! I love this word!

Isaiah 60:2…The Lord shall arise upon thee, and His glory shall be seen upon thee.

Deuteronomy 28:7…The Lord will cause your enemies who rise against you to be defeated before your face; they shall come out against you one way and flee before you seven ways.

Jeremiah 23:3 …And I will gather the remnant of my flock out of all countries whither I have driven them, and will bring them again to their folds; and they shall be fruitful and increase.

Great word! God has started doing this just this past week in my family and siblings’ families. Things that so long kept us in bondage are starting to be broken. PTL!

Amen Lana thank you. This word made me smile while reading. An army is rising up,hallelujah! We, the warriors within, will take our place on the front lines led by Jesus!

The Father says today I am not mad at you. I am not punishing you. There have been delays and difficulties in your life that led you to believe that somehow I had rejected you or refused to hear your prayers. Fear not says the Father. I am with you and will never leave you or forsake you. It is not My purpose to leave you in the difficult place, the wilderness experience, any longer than you want to be there. Are you ready to step out? Do you trust me says the Father, then let me take it from here. Stand up! Stand up in who I say you are, not in who the past says you are. Your past does not dictate your future. Look in the mirror and tell yourself that you are who I say you are. Not who the circumstances and situations say you are, or what others say you are. You are not who they say you are. You haven’t done what they say you’ve done. I want you to listen to my voice. Repent quickly and step out, move forward and do what I tell you to do. I have a plan for you says the Father. I have a life worth living that I have chosen for you. I have a whole package. You get to have it all and not just a part. The Lord says I will not taunt you with a carrot and stick of possible blessing and not show you the path how to get there. The table of blessing is set. The whole meal is waiting for you at My table but you must do three things every day: Apply yourself to finding out what these things are. Do what you see the Father do. I will… Read more »

Amen. ..my spirit is in complete agreement…this word was tailor made for me…thank you Jesus

Lana – A wonderful encouraging word – Thank-you. A time for lights to shine.
John 12:36 (KJV) While ye have light, believe in the light, that ye may be the children of light. These things spake Jesus, and departed, and did hide himself from them.
Romans 13:12 The night is far spent, the day is at hand: let us therefore cast off the works of darkness, and let us put on the armour of light.

These are words the Father spoke to me this morning as I meditated on him.

“The blood of my son, Jesus, cries out to me from the ground. His voice of weeping I hear. He cries for his children, those that are alive, those that I will soon give birth too. Judgement is set. It cannot be stopped. The chains that bind my people to their sins, I will sever. As tuff as my people think they are, they are putty in my hands. Church is not a time and place. My church is the Body of Christ. Those hidden in me will survive by my will. I alone, determine the future of each individual. The course is set.

The cross my son died on was not made by man. I devised the plan, the implements, (the cross, the nails, the hammers that drove the nails into my son’s hands and feet), and I alone provided the sacrifice for man’s sin. Can you do better? Can any do better?

I have a plan for man’s future. I set the boundaries. Shall man see my face and live? I long to see my children’s face. I long to be with them. Does man adapt to my kingdom, or does he change?

The blood of my son has been trampled on. Get prepared, for my judgement comes. Can you hold back the wind?”