You are here: Home » Prophecies » “Many have left their station! My watchmen have abandoned their posts!” 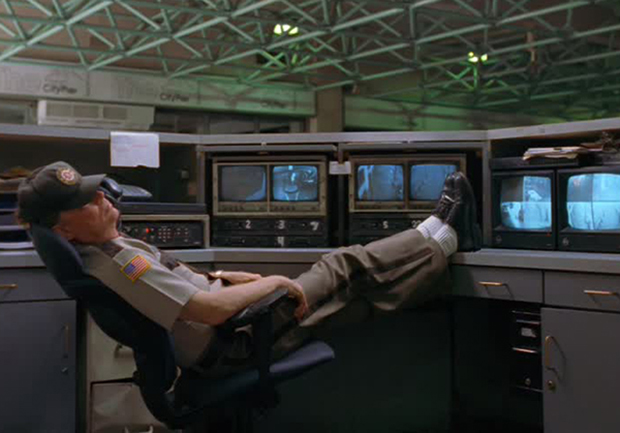 On September 7th, 2018, while alone in my car, I began seeing various scenarios in the spirit.   One-by-one, I saw “clips” of people I knew, and dire situations that had come upon them within the last year or so.  My heart ached as I began to cry out to God.  But the pain quickly changed to anger at what I was shown next.

God suddenly removed a veil from my spiritual eyes allowing me to see what had previously gone unnoticed. There in the background, demons were hiding in the shadows.  They were hunkered down, trying desperately not to be seen.  But it was too late. Not only was God revealing their location, but the devastation they were bringing into the lives of those around me.

As the Lord revealed the works of the enemy, what I can only describe as a righteous anger began to rise within.   I was angry they would be so bold as to think they could come in this close without being discovered.  As this anger reached the boiling point, it spewed forth into the natural.

I began speaking out of my mouth, boldly taking authority over these entities in the Name of Jesus!  Orders and proclamations flowed forth in such power and authority that when finished, all I could do was sit in silence as I began to process all that had just happened.

Just as I realized it had been a while since I’d risen up in the Spirit like that, taking authority in the Name of Jesus to fight in the heavenly realm, the Lord began to speak:

“Many have left their station! My watchmen have abandoned their posts! The enemy has been emboldened to breach the camp of the righteous.”

Deep sorrow filled my heart as I realized I was included in this group. Immediately, I repented for taking anxious thought about MY life, and becoming distracted by the storms swirling about.  I repented for disobeying His instruction to keep my eyes fastened upon Him (see ‘This Is A New Way!’).

I pondered these things for several days thereafter, entering into prayer over them.  The following is what the Lord said during this time:

I have set you as watchmen over your house, over your seed, and over your cities. You must fight for them! This will require you to enter the camp of the enemy! Are You Ready?”

The Saints of God are told to put on the full armor of God (Ephesians 6:10-20), to be watchful with all perseverance, and to pray always for all the saints (verse 18).  Not one of us is exempt from this responsibility!

When we allow the distractions of this life (the flesh) to take our eyes off God, our assigned watch stations are left unattended.  The enemy is then able to slip through undetected and wreak havoc in our camp.

The Lord has shown many of those originally placed in our care have been taken captive by the enemy.   This calls for a rescue mission! This rescue mission will require we enter the camp of the enemy.  But God is asking each one of us:

As mentioned in the previous post, ‘She Will Rise from the Dead,’ the Lord has made clear His people are not ready.  But praise God, He has provided all we need as we look to Jesus, the author and finisher of our faith!

To rescue us, our Savior also had to enter the camp of the enemy.  But before Jesus came to the earth, He emptied Himself of all – absolutely everything – and took upon Himself the form of a servant.

At the Garden of Gethsemane, submitting His will to the Father, He again poured Himself out for mankind as He turned His flesh over for crucifixion.

Last month, the Lord told me,

“She must be prepared to reign and rule with her Bridegroom!”

We know Jesus cannot be unequally yoked with His Bride.  As He is, so must she be in this earth. This is our preparation time!

Brethren, be encouraged!  As we are crucified in Christ, yet live, we will be given the spiritual “sight” needed to expose the location and plans of the enemy.  Our spiritual eyes will act as infrared night goggles, piercing right through the darkness surrounding us!  We will walk by faith – no longer by physical sight.  The enemy will be exposed, unable to hide in the shadows.

The Lord is wanting to use us as His Instruments of Righteousness, to turn the table on the devil, enter his camp, and free the captives. He is asking each of us: “Are You Ready?”

Please take this before the Lord for confirmation, further interpretation, and how this may apply to you personally.

‘She Will Rise from the Dead!’

‘You Will Be My Instruments of Righteousness!’

“…but made Himself of no reputation, taking the form of a servant, and coming in the likeness of men…He humbled Himself and became obedient to the point of death, even the death of the cross.” (Philippians 2:7-8)

“…be strong in the Lord and in the power of His might.  Put on the whole armor of God, that you may be able to stand against the wiles of the devil…praying always with all prayer and supplication in the Spirit, being watchful with all perseverance and supplication for all the saints… (Ephesians 6:10-20,18)

For the weapons of our warfare are not carnal but mighty through God for pulling down strongholds…bringing every thought into captivity to the obedience of Christ, and being ready to punish all disobedience when your obedience is fulfilled. (2 Corinthians 10:5-6)

Let the saints be joyful in glory…Let the high praises of God be in their mouth, and a two-edged sword in their hand, to execute vengeance on the nations, and punishments on the peoples; to bind their kings with chains, and their nobles with fetters of iron; to execute on them the written judgment… (Psalms 149)

It is almost midnight here in NC. I had just been reading chapter 6 of Ephesians. I spent a great deal of time today going through the chapter; especially verses 10-18 even going through Strong’s concordance. Feeling like the Lord was not finished in speaking with me about these verses I decided that I would continue searching later what He was trying to reveal through this word. Since it is late, I thought that I would check Z3 one more time and then go to bed. And there was your post! My heart was convicted of the time I have given to my own personal battle and not standing my post consistently for others in the body of Christ. Thank you for this reminder… the importance to press through in spite of the challenge. I will re-read the article again, but I just had to say that this article had my name written all over it!

Just wondering, is it just a coincidence that the upcoming elections are just after Hell-o-Ween? Im continually sickened by the foolish ghoulish evil trappings of this purported “holiday”, but, let us use these props as goads as well as this message about “the watchmen” to spur us on to fight the good fight of faith and wakeup and realize we are in a battle….as the saying goes, YOU SNOOZE YOU LOSE….and God does not have any defeats planned for us so lets be vigilant victors in this battle and heed the warning.

“China has everything, everything”, mourns Douglas Gabriel of A.I.M. Bill Clinton gave them all of our intellectual property and what he didn’t give away Hillary did as secretary of state. The Chinese just drilled the hole in the international space station and that’s why Trump has begun a Space Armed Service. We are at war with China, just as others have said. This is why the Left in America has hysterically pushed the anti-Russian narrative. Another reason is that the Russians have kicked the banksters out of their country and now have almost no debt while our debt is almost as large as our military budget. Trump understands all this but can’t drain the swamp or right the ship until all his ducks are in a row and the last duck is having a majority on the Supreme Court, then come the sealed indictments

Zero Hedge reports Chinese drones now flying over the Middle East, exact copies of American $700,000 drones but at bargain prices. With booming sales will the Chinese replace the US as the world’s largest arms provider? The Chinese expect to replace the US as the strongest power on Earth in 20 years. https://www.zerohedge.com/news/2018-10-04/deadly-chinese-drones-now-lurk-above-mideast-battlefields

Why was Jim Jordan smiling from ear to ear yesterday after DOJ Attorney James Baker was questioned? James Baker was spilling the beans on the whole coup against the POTUS. Listen to Douglas Gabriel on AIM here:
https://www.youtube.com/watch?v=uZppejfixMI

Gustavus, this is great news ! Thanks for sharing !

Vice President Pence virtually declared war on China in his speech yesterday. American Intelligence Media reports that the Chinese over the past ten years have implanted their chip, smaller than a grain of rice, into every mechanical product sent to the US including our military. The Chinese master plan is no less than world hegemony. A.I.M. is the highest source of (worldly) intelligence available, imo.