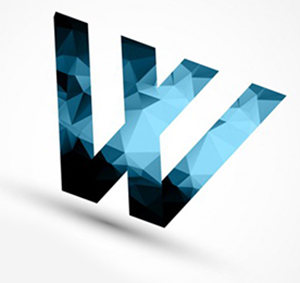 Following up on several previous posts, this provides a status update on the formation of a large W-pattern in the S&P market, which I believe God has revealed as a prophetic sign to identify the start of a market crash.

Previous market crashes have taken about three weeks to complete and I believe God has shown me as soon as this W is completed, another three-week crash begins.

The W started when SPX reached the all-time high at 2872 on Jan 26. Like many W’s, this one has a small V-shape in the top center, so instead of the center being a top, it’s a bottom, which was reached on April 2. It took 44 trading days to get from the top to the center and I believe it will also take 44 trading days from the center to the final top with today being day 24. If we skip the Memorial Day holiday on Monday May 28, it would reach the top Monday, June 4 (or Friday June 1 if we include the holiday).

The total span from start to finish is 88 trading days. 8 represents new beginnings since the 8th day marks the start of a new week and there were 8 people on Noah’s ark. Double 8 confirms and establishes it, just as every word is established on the testimony of two or three witnesses (Matthew 18:16).

Just a few moments later, I saw the final leg being formed very fast with a few big whooshes up. Based on that, I believe the final leg will be steep and fast, just like the first leg, which dropped 338 points in just ten trading days (from 2872 to 2534).

I believe the second bottom has two parts because of what I saw in a dream on April 14. I saw my dog, a little Shi Tzu, standing outside in front of me to my left side. Then to my right side, I saw a much larger version of my same dog. Then suddenly, the larger dog attacked the smaller one. End of dream.

Since dogs are bearish and there were two sizes of the same dog, my interpretation is there will be two bottoms in the same drop forming the second bottom of the W. Since I saw the smaller dog first, I interpreted it to mean the smaller drop happens first, then the larger one. I think the first part happened yesterday when SPX dropped a little lower than 2600, so the larger dog is next, which takes it down to 2450.

On April 9 when I saw the slanted W, I also saw a vision of a single tall tree with a long brown trunk. Up higher, it had lots of leaves, but the shape of the tree was steep on both sides, so it was a tall skinny tree. I interpreted this as a confirmation showing the final steep move up, completing the final leg of the W, is immediately followed by a steep move down. So the final leg of the W forms the left side of the skinny tree and the drop following it forms the right side of the tree.

Assuming the three week crash begins on Monday June 4, it would reach the bottom by Friday, June 22. This timing is confirmed by prophetic insights showing silver prices should be spiking up to $21 during that same week. As a side note, silver prices are expected to drop sharply just prior to spiking up.

While traditional stocks will be suffering big losses, put options and inverse ETF’s like FAZ, SPXU and UVXY will make big profits during this crash.

Prophetic insights reveal partial information such as prices without dates and patterns without prices, so these things are subject to interpretations, which might be wrong. For that reason, this is not a recommendation for investing, but offered only as a starting point for prayerful consideration.

Hello Z3: I think the time for the next phase of the market drop is nearly upon us. Its taken some time for James’ declining “W” top to play out, but the pattern looks to be nearly complete to me. I think we’re on a 2 to 4 week trip down to around 2150 and a panic phase to complete the decline that started in February, but that is just my opinion. I haven’t been trading much after my last options failed and have been busy on a design/build project, but picked up quite a few June SPXU 13 – 15 calls, which were certainly cheap. Time for the next phase of the wealth transfer to begin and if we can drop back to the 200 dma and finally get that break, I think we’ll be off to the races… Best to all on this site, but please do your own due diligence.

You could be right James. My indicators were giving me a medium term sell signal yesterday, and I can’t afford to miss it. My Junes will hopefully give me some time if it extends a couple of weeks. Best..

Thanks john
Glad your still around and still trading
A little. I’m mostly concerned with RDD at present. If goes to $2 my FAZ losses will be a distant memory.
God bless
Phil

Hey, great news Philip Sydney. Hope RDD blasts off. I quite trading FAZ since it didn’t even move much on the Feb drop. Maybe I’ll do better with SPXU. Good bless you too!!

Great to hear from you John !

Thank you for the update.

Take a look at the DJI, SPX and RUI they are all hitting a lower 200MA . The 200MA is no longer climbing but sure looks like it is about to down turn.

Why not include a graph to better explain the pattern? I’m sure Aaron could provide you one.

I included a graph in my previous update on March 26. Here’s the link:

For an updated graph, visit tradingview.com and pull up the SPX daily chart. The top of the W was January 26.

I will be surprised if spx rises much past 2700-2705. Resistance at that range and 50% fibonacci retracement.

Thanks for the update James. Looks like we could be seeing another 4 weeks of the market rising before a three week down turn.

If I’m understanding the W and the timeline correctly, SPX should reach a top in the next few days and start dropping from there. My target for the next top is 2686 then down to 2450 to complete the second bottom.

From what I understand, this spike is supposed to drop back down to where it started, then move back up to the top again by late next week. I think that will be the time to buy puts for the big drop to 2450.

Sorry James,
Where did it started?

I have not been shown how high this current move goes, but one technical analyst sees resistance at 2750 and another at about 2760. So it will probably not get past those numbers on this move and might even start dropping from where it is. Based on what I have seen, I am expecting it to drop early next week then come right back up again later next week.

Dear James Bailey, you received a prophetic revelation regarding the slanting “W” formation of S&P500.

How are you sure that we are not already experiencing the final leg up of the W with “a few big whooshes up” ?
The IRAN Nuclear issue is boosting the stock market by increasing the price of Crude oil.
We might have already experienced the double bottom of the last leg of the W (your dream of your dog and a larger version of your dog), because S&P500 had a double bottom of approximately 2634.56 and 2629.73 on 24 April and 3 May respectively (I feel that these bottoms might represent your dog)

As stated in this post, a few days after hitting the low on April 2, I was shown the first half of the W had completed and the second half was not yet completed, shown with dotted lines. I also saw the W was slanted downward, so the second bottom is lower than the first. The first bottom was about 2534, so we have not yet formed the second bottom. I am expecting it to happen the week of May 21 with the final leg back up the following week. We also have not yet done the big dog drop.

I’ve seen this before. It’s 911 written with letters. The left side is IX=9 The right side is XI=11. A warning of things to come.

the trend change is the 10th +or= 2 days. looks to be going down. compliments of andy pancholi

I didn’t get past intro economics in college, so maybe I’m just missing something, but would someone please explain why a W-pattern is believed to represent a crash in the market. Seriously, the final leg is pointing up, so wouldn’t it represent the market going up? Maybe if the W were turned upside down to become an M…

The W-pattern has been explained in previous posts. From a technical perspective, it’s called a triple top reversal. After the market tries and fails three times to break through a trend line, it reverses direction. It makes sense because after three tries, the bulls give up and the bears take over. In this case, it is slanted down, showing even stronger bearish trends.

However, I shared this not based on any technical patterns, but based on what God has revealed to several people, including me, as a prophetic sign preceding a market crash.

James,
The W could be the same as the platform that Jim Reeve saw on top of the pole.
In his follow-up dream where he traveled from the bullies to the hotel-road, he slid down the same pole, implying a drop in the markets.
It is a good time to consider shorting the market.

Thanks for sharing that confirmation Flea.