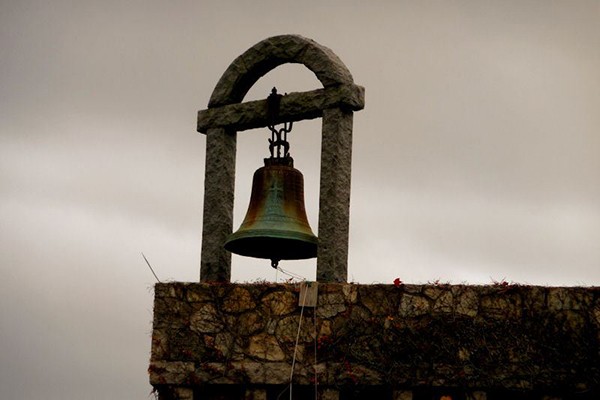 Lamentations are here. Weeping and wailing go before her, crying like a depraved animal.

A once bountiful nation that rose to the top, now hovers to go down, down, down.

A once sanctified nation has now spotted and wrinkled herself with atrocities and abominations. Her bloodshed is fresh and knows no bounds.

A type of fever has risen up in her and will not let her go. Her end will be destruction, the greatest and most sorrowful destruction that will ever come upon the earth.

A dividing of America is here. It has come and will come!

The weeping begins now, as the old pours into the new… 2016.

The antichrist is rising and everyone will see him. Some will purposely come to know him.

For My people, there will be much persecution, much speculation, much war, much famine, and the thing you desire most, your MAMMON, will be taken from you!

Some of your hearts wax so cold. You sing to me and pray to me, yet you do not do what I have commanded. Do you not know? Is it not apparent that the just will live by faith? That the smallest sin will not enter into My Kingdom?

Time is growing dim and I come quickly. Be aware of your surroundings at all times. Some of you have no oil in your lamps. You are not ready.

I tell you now, be ready at ALL times! Forgive one another. Do NOT bare false witness against another. Keep your tongue in check. Do good. Help those less fortunate. Do NOT let anything become an idol. Pray for each other and occupy. Spend more time with Me, so you will know the things of My heart and what I want to say. Surround yourselves with those of like faith who speak forth the truth with an uncompromising spirit. Hold fast to the truth, in one spirit.

I come with My rewards, and will I find faith?

To all those that I love, do I chasten.

The understanding I was given about a bell tolling was a warning of danger or disaster, like a funeral or death.

Several years ago, I used to hear bells ringing. Even my husband and some of the people we invited into our home would hear them. It usually meant something was about to happen, but the tolling I am hearing today is completely different, much heavier than anything I have heard before. It is just like mourning and death, which could mean the death of America.

I believe this is a significant warning of something taking place soon because I was told, “This is a NOW word.”

For whom the Lord loveth He chasteneth,and scourgeth every son whom He receiveth. (Hebrews 12:6)

As many as I love,I rebuke and   chasten;be zealous therefore and repent. (Revelation 3:19)

Beware lest any man spoil you through philosphy and vain deceit,after the tradition of men,after the rudiments of the world,and not after Christ. (Colossians 3:8)

To hearken to the words of my servants the prophets,whom I sent unto you,both rising up early,and sending them,but ye have not hearkened. (Jeremiah 26:5)