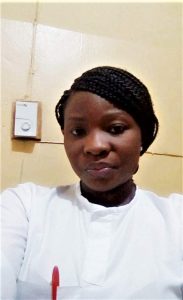 Nurse Afiniki Bako was kidnapped from a rural hospital in Kaduna state, Nigeria on April 21, 2021. (Fellowship of Christian Nurses)

JOS, Nigeria (Morning Star News) – Fulani herdsmen in north-central Nigeria kidnapped a pastor’s wife from her home and two nurses from a hospital, while other Islamic extremists may have joined herdsmen in abducting more than 70 people from one village, sources said.

Fulaki Ozigi was kidnapped along with her husband, Mercy Place Ministry Church pastor Ozigi Hassan, and their four children from their home in Kudenda, in Kaduna state’s Chikun County, in the early hours of April 30, police said. Police pursuing the herdsmen into the forest were able to recover the pastor and the children, but the kidnappers escaped with Fulaki Ozigi, police spokesman Mohammed Jalige said.

At a public hospital in Idon, Kajuru County in southern Kaduna state, heavily armed Fulani herdsmen kidnapped two Christian nurses from a public hospital on the night of April 21, leaders of the Fellowship of Christian Nurses said. Cafra Caino, chairman of the Kajuru Local Government Council, identified the two women as Afiniki Bako and Grace Nkut.

A statement from the Fellowship of Christian nurses said they were “were very committed to sharing and living the gospel in their workplace.”

A nurse who escaped the attack, Rifkatu Alfred, said the herdsmen forced their way into the hospital shooting sporadically. 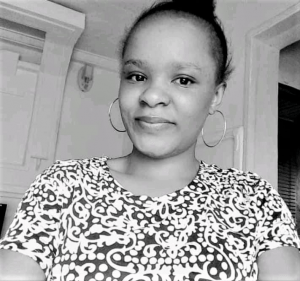 “When they left, they called to say they were the kidnappers who abducted the two nurses, and if they are not given money, they will kill them,” Alfred told Morning Star News by phone, adding that they initially demanded 500 million naira (US$1.3 million) as ransom but later reduced it to 200 million naira (US$522,876).

Ishaku Yakubu, chairman of the National Association of Nurses and Midwives of Nigeria, Kaduna State Chapter, said the two nurses were serving the rural poor.

“We’re not safe, and health facilities in the state are no longer secured,” Yakubu said. “Beside the kidnapping of these two, five others were kidnapped before.”

Villagers counted 72 people missing after the late-night attack, 56 females and 16 males, according to a statement from Luka Binniyat, spokesman of the Southern Kaduna Peoples Union (SOKAPU). The kidnappers called their families on April 29 saying they had 77 Christians in captivity – with the additional five possibly coming from other raids – and that they would be killed if 350 million naira (US$915,033) were not paid, Binniyat said.

The Kaduna state government failed to make any mention of the mass abduction in its regular updates on security in the state, he said.

“Meanwhile, after unceasing siege on Christian farming communities in Kajuru LGA, more Christian communities have fallen under the control of these armed men, which we now suspect to be a coalition of armed herdsmen and Boko Haram,” Binniyat said.

The number of communities captured by armed herdsmen in Kajuru County is now 31, and throughout southern Kaduna state they have taken no fewer than 100 communities, he said.

The Rev. Solomon Tafida, senior pastor of Salvation Baptist Church, Kaduna, estimated there are 4,000 Christians held captive in Kaduna state by either herdsmen or Boko Haram.

“Most of the Christian victims who escaped from the camps of the herdsmen say there are over 4,000 Christians being held in captive camps in forests along the Kaduna-Abuja highway, near Rijana village,” he said.

The Kaduna state government’s quarterly security report stated that a total of 323 persons were killed and 949 others kidnapped by bandits in three months across the state.

“Deaths linked to banditry, violent attacks, communal clashes and reprisals in the first quarter total 323 across the state,” said Samuel Aruwan, commissioner for internal security and home affairs, who released the report on April 30. “Of these, 20 were women and 11 were minors.”

Nigeria led the world in number of kidnapped Christians last year with 990, according to Open Doors’ 2021 World Watch List report. In the 2021 list of the countries where it is most difficult to be a Christian, Nigeria broke into the top 10 for the first time, jumping to No. 9 from No. 12 the previous year.

In overall violence, Nigeria was second only to Pakistan, and it trailed only China in the number of churches attacked or closed, 270, according to the list. Nigeria was the country with the most Christians killed for their faith last year (November 2019-October 2020), at 3,530, up from 1,350 in 2019, according to the report.