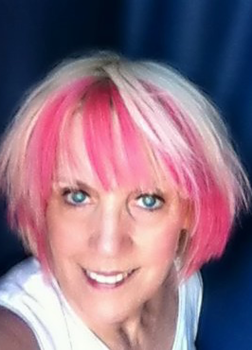 Are you ready for a word in season? Well, here it is!

With so many dreams and visions warning us about trouble coming, plus scriptures warning us about a time of unprecedented trouble (Daniel 12:2, Matthew 24:21), it is enough to make us forget what is really happening. I have even considered fleeing the United States, but then I remember I can’t do that unless the Lord puts it in my heart to go and so far He hasn’t. So I have resolved to be wherever He leads me, but still hoping He will lead me out of here.

This word from Kat Kerr helped me see things from a very different perspective. Yes, torment is coming upon the earth, but the ones who are going to be tormented are the demonic spirits as believers rise up in the power and authority of the Holy Spirit to take dominion over them. The Lord is going to put His people on display for the whole world to see the glory of God manifested in them. Satan’s worst nightmare is about to unfold as the light of God arises in His people all over the earth (Isaiah 60:1-5).

Behold, I will do a new thing. Now it shall spring forth. Shall ye not know it? I will even make a way in the wilderness, and rivers in the desert. (Isaiah 43:19)

According to Kat Kerr, author of the book Revealing Heaven, great things are coming on the earth starting this spring. She delivered a powerful word at a church called The Gathering Place on February 21 2015. The audio of her message is provided at the bottom of this post. A transcript of part of that message is shown here.

I think it is hilarious the new thing is going to spring forth in the springtime. I like how the Holy Spirit uses a play on the word of God. When He is ready to do it, it is not going to be held back. It is just going to happen. And I do promise you this. This spring, in this spring time, you will see shocking amazing things begin to happen in the world that have been released by God and it will probably be His children doing them. So get ready for the new!

We are living in the Kingdom Age. Right now it is only the springtime of the Kingdom Age where the manifested sons and daughters will manifest powerful, shocking, stunning things around this world. We will literally take back the atmosphere from the enemy. Much of the earth will be healed itself because of the light of God in us. His light heals. When we are walking in power and glory and authority it heals.

Remember when Jesus tormented the demons and they asked Him, “Have you come to torment us before our time?” They were not talking about the time coming when they will be thrown into the Lake of Fire. They were talking about these days when the body of Christ, the believers, would know who they are, use their authority, and strip away the power of the enemy to operate, and push back darkness out of whole regions so that if demons try to come into those regions they would be tormented by the glory.

The Lord is not taking us out of here until He gets a chance to do that because this world is going to know there is a God and that He is your Daddy!

I am telling you the thing that is coming on the earth right now, there is a lot of torment about to start happening in the kingdom of darkness. So believers do not need to be afraid of the ISIS crisis because as a born-again believer you have power over all the power of the enemy. That means we have power over the demonic powers that are controlling the ISIS people. We are not taking that authority because people think they have to deal in the flesh all the time, but our authority, our rulership, is in the spirit. Our weapons are not carnal, not physical. That means they are spiritual. They are mighty to the pulling down of strongholds.

God’s people are not victims of the schemes of the devil. He is a defeated foe and we have been given authority over him.

Behold, I give unto you power to tread on serpents and scorpions, and over all the power of the enemy:and nothing shall by any means hurt you. (Luke 10:19)

The children of the devil are now conspiring to cover the earth with deep darkness, but that is precisely when the light of God will arise in His people  (Isaiah 60:1-5). Many believers are sound asleep, but the Lord has a remnant army that is watching and waiting, ready to manifest His glory. From that remnant the dread champions will arise!