You are here: Home » Church » Judgment » “Judgment has begun in My House” 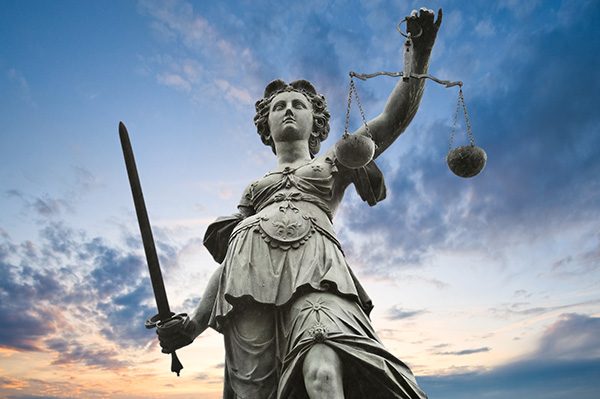 Judgment has begun in My House. I have told you you shall know them by their fruits. I will now begin revealing what those fruits are.

For some of My children, you have done very well. You have been kind and generous, you have been in My Word often, you have prayed much. Your fruit will be revealed to be the good fruit it is.

For some, you have spoken falsely in My Great Name. You have been unkind and withheld from Me and others what you should have given to bless. You have neglected time with Me and in My Word. Your fruit will be revealed to be the false and rotten fruit that it is.

There is no more time for playing, My children, for the end is at hand. I will come to take My own home quickly, like a thief in the night. There will be no time for repenting in those last seconds, for you will not know when it shall be. You must walk with Me daily. You must endure what is coming, remaining faithful to Me, and working now while it is yet day.

Do not be deceived, I shall not be mocked. What you have sown, you shall now reap, for good or ill.

Matthew 7:15-17
15 Beware of false prophets, which come to you in sheep’s clothing, but inwardly they are ravening wolves.
16 Ye shall know them by their fruits. Do men gather grapes of thorns, or figs of thistles?
17 Even so every good tree bringeth forth good fruit; but a corrupt tree bringeth forth evil fruit.

1 Peter 4:17-18
17 For the time is come that judgment must begin at the house of God: and if it first begin at us, what shall the end be of them that obey not the gospel of God?
18 And if the righteous scarcely be saved, where shall the ungodly and the sinner appear?

1 Thessalonians 5:1-3
1 But of the times and the seasons, brethren, ye have no need that I write unto you.
2 For yourselves know perfectly that the day of the Lord so cometh as a thief in the night.
3 For when they shall say, Peace and safety; then sudden destruction cometh upon them, as travail upon a woman with child; and they shall not escape.

Matthew 24:36
36 But of that day and hour knoweth no man, no, not the angels of heaven, but my Father only.

Matthew 24:13-15
13 But he that shall endure unto the end, the same shall be saved.
14 And this gospel of the kingdom shall be preached in all the world for a witness unto all nations; and then shall the end come.
15 When ye therefore shall see the abomination of desolation, spoken of by Daniel the prophet, stand in the holy place, (whoso readeth, let him understand:)

Jeremiah 32:19
19 Great in counsel, and mighty in work: for thine eyes are open upon all the ways of the sons of men: to give every one according to his ways, and according to the fruit of his doings:

Here is another word that goes symmetrically with Glenda’s word By Barbara Saint-Phard 2-25-17: . PROPHETIC RELEASE CONCERNING THE COMING DEATHS IN THE CHURCH DO TO GODS JUDGEMENT . In the morning of February 25, 2017 the Lord spoke to me concerning the coming DEATHS of many individuals in the Body. As given to me by the Lord, the HOUR of GRACE is closing in on these servants. I understand some of them are false teachers, false apostle and false prophets who are after PROSPERITY, FAME & PROFITS. They operate independently from the will of God, through their own strength they have fallen into their own deception while leading many along the deceptive paths. As with any prophecy of our future–The Lord do NOTHING without revealing His secrets to His prophets. The Lord give His servants insight knowledge about prophetic event to help the BODY prepare for what is to come and help individual members make informed decision on their stand & positon with the Savior. ~~~~This message is not intended to bring fear or curse on anyone but is a battle-cry for REPENTANCE as each one of us need to take this message to God for confirmation and analyze carefully our commitment to the Lord. “I have sent My angels for this purpose.” Said the Lord “I have said to these people redeem the times the days are evil. But they have ears and do not hear, eyes but do not see, understanding yet devoid of any sense of perception. I am after these FALSE TEACHERS daughter, who ministered to My people for a sordid gain and to profit their own flesh. They misrepresented Me to My people with the intent of beguiling them for religious gain. I am after these prophets who are leading My precious flock astray.… Read more »

Thanks Glynda , sounds like final exam time , time use what we have learned .

Thanks for the word