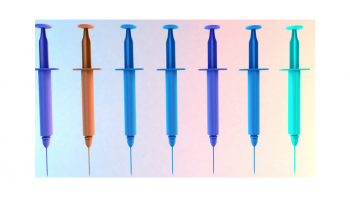 The Janssen Pharmaceutical Companies also known as “Johnson & Johnson” is under heavy scrutiny once again. This company alleged ‘one dose’ COVID-19 vaccine has failed in multiple areas. Some of the side effects and deaths reported were: DVT (deep vein thrombosis), blood clots, brain aneurysm and Bell’s Palsy. A man in Virginia developed a rare skin rash to both his lower legs. A female military veteran suffered 8 seizures within 2 days after receiving the vaccine.

As of June 11, 2021, Federal regulators have told Johnson & Johnson that about 60 million doses of its coronavirus vaccine produced at a troubled Baltimore factory cannot be used because of possible contamination, according to people familiar with the situation. The Food and Drug Administration plans to allow about 10 million doses to be distributed in the United States or sent to other countries, but with a warning that regulators cannot guarantee that Emergent BioSolutions, the company that operates the plant, followed good manufacturing practices.

The agency has not yet decided whether Emergent can reopen the factory, which has been closed for two months because of regulatory concerns, the people said. The Johnson & Johnson doses administered in the United States so far were manufactured at the firm’s plant in the Netherlands, not by Emergent. For weeks the F.D.A. has been trying to figure out what to do about at least 170 million doses of vaccine that were left in limbo after the discovery of a major production mishap involving two vaccines manufactured at the Baltimore factory. (Original story by investigative reporters for the NY Times: LaFraniere, Weiland and Stolberg).

In even more disturbing news, a Pharmacist posted a video that shows Janssen Pharmaceutical failed to include insert vaccine ingredients. Coincidence or purposely?

I included a 3:17 video of the Pharmacist who recorded herself showing the missing vaxx ingredients!

I work at a small medical office in Texas. It’s a long story but we received moderna shots in May that thankfully we haven’t been able to administer as there is no interest. Unfortunately most of the patients that had at one point expressed interest already obtained the shot somewhere else. Anyway I wanted to say I also looked at the pamphlet that came with the box. It was completely empty. So maybe is the same for all the manufacturers?
The 2 Drs. I work for a big proponents sadly, the staff is mostly unvaccinated and I hope it stays that way.