You are here: Home » Prophecies » “Just as Job, when you are tried you will also come forth as gold.”
Share this post: 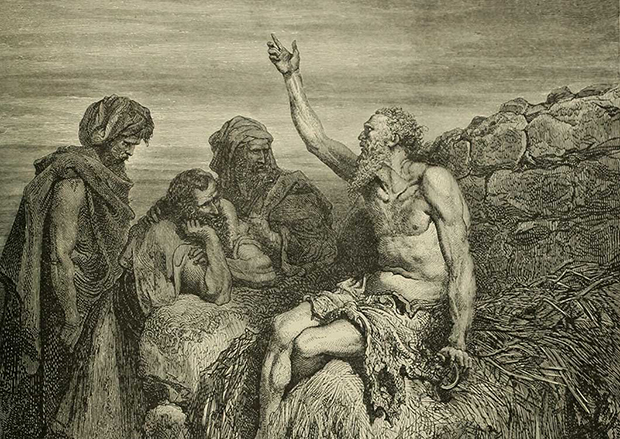 There is a book in the bible about a man named Job. He was a blameless and upright man who had experienced a great loss in every area of his life. Although he went through a horrendous trial for some time, he did not become angry or resentful. After Job had prayed for his friends, the Lord restored his fortunes and gave him twice as much as he had before. (Job 42:10-16)

Job said during this trying time that he would come forth as gold because he knew he didn’t do anything to deserve such an injustice. He also understood that Gods plan for his life could not be thwarted or cancelled. When God gives us a promise, it will come to pass no matter what our situation is in the natural.

I hear your cry and I hear every prayer. As you call out to Me in the fires of affliction, I will respond. Though the trials seem endless, I am with you through them all.

Just as the refining of gold removes impurities, those things in your life that are unacceptable shall be removed. In the same way that refining gold separates the pure from the less precious metals, I am removing the dross from your life. I am releasing you into royalty, which comes forth from purity. Trust Me to strengthen you as you are refined in these tying times. Disregard the opinions of those who doubt My word. The opinions of others cannot negate My plans.

Just as Job, when you are tried you will also come forth as gold. In the same way that gold is symbolic for a covenant in a wedding band, I am establishing My covenant with you.

Do not focus on your past so that you will not be delayed from moving into your future. I will bring you through those difficult seasons and remove those things that are confining and restricting you from moving forward. Allow Me to free you from all doubts and fears that are imprisoning you. As you trust Me, you will be released from the restraints that are holding you in bondage.

Shake off the heaviness and despair. Be careful not to go back to your old ways of living and don’t allow the enemy to intimidate you by trying to steal your identity in Me. The enemy could not terminate anything that I have for you as long as you do not yield to him. Love your enemies rather than being critical of them. Bless them that curse you and pray for those who despitefully use you.

If you listen for My voice, you will no longer be misled by the voices of unbelief. I Am the God of liberation, and as you refuse to submit to anything contrary to My word, I will deliver you from all the chaos in your life. I will release you from those things that are harming you and supply all your needs.

Job 23:10-12
But He knows the way that I take; When He has tested me, I shall come forth as gold. My foot has held fast to His steps; I have kept His way and not turned aside. I have not departed from the commandment of His lips; I have treasured the words of His mouth More than my necessary food.

Job 42:2
Job replied I know that you can do all things; no plan of Yours can be thwarted.

Job 42:12-17
Now the Lord blessed the latter days of Job more than his beginning; for he had fourteen thousand sheep, six thousand camels, one thousand yoke of oxen, and one thousand female donkeys. He also had seven sons and three daughters. And he called the name of the first Jemimah, the name of the second Keziah, and the name of the third Keren-Happuch. In all the land were found no women so beautiful as the daughters of Job; and their father gave them an inheritance among their brothers. After this Job lived one hundred and forty years, and saw his children and grandchildren for four generations. So Job died, old and full of days.

Truly this is a season of trials for many people, some big some small. Unfortunately it’s the small ones that people need to watch out for. They are like a mustard seed trials hitting people in angles that may seem small and meaningless, but will manifest into Great trees if not handled properly, and they won’t realise it until it’s too late. I’m bringing many into a new season of abundance and success a season of Joy and clapping of hands, a season of new zeal and Passion and they should not underestimate any trial they are going through. The enemy stalks and has come to kill steal and destroy. September time will be the end of many trials but the outcome or results depends on now pray for the grace of others for them to see clearly the tricks of the devil. Pray for their Desire will and stamina to continue climbing the mountain.﻿
posted on youtube by xyz channel,,,

This was absolutely for me! Word for word. Praise God.

Giuliani on Hannity: “The real story here is not that this case (Trump witch hunt) is going to fissile. It is going to BLOW UP ON THEM.” (Mueller & McCabe)

Something I’ve always loved about the story of Job is that even though he was considered a righteous man, at the end of his terrible trials, in chapter 42:5-6, he states, “My ears had heard of You, but now my eyes have seen You. Therefore I despise myself and repent in dust and ashes,” revealing how suffering causes us to see who God truly is, but that Job also recognized that even our human goodness is as ‘filthy rags,” great thankfulness to our beautiful Savior!

May our Father Bless you richly, Sister Elaine.

Thank you, Father. I receive Your Word from Your Heart for me. All Praise, All Glory, and All Honor to You now and forever. Love, Jay

Excellent Word from the Lord.