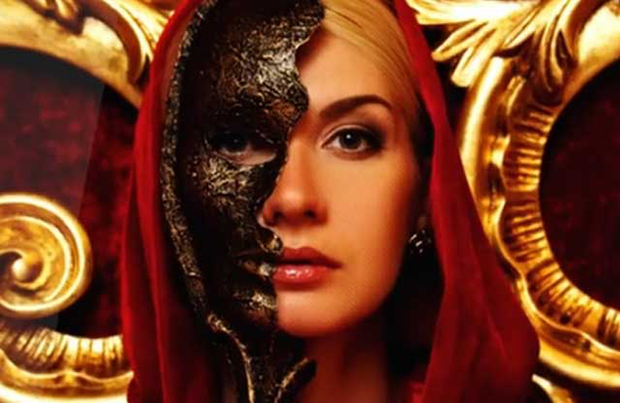 Then he remembered an encounter he had in 2014 when the Lord called him to fast seven days in Israel, so he locked himself in his hotel room and fasted for seven days. On the third day, he was visited by the Prophet Elijah. Elijah talked to him about the spirit of Jezebel, explaining how Jezebel became so evil. Then Elijah said, “Where I failed, the last days remnant company must not fail.”

Sundar explained Elijah failed by becoming fearful of Jezebel and running for his life to get away from her. After slaughtering 850 false prophets of Baal, Elijah should have slaughtered Jezebel too. She should have been number 851. He fell short of his complete ministry. As a result, she gained the upper hand and threatened to do to him what he did to the false prophets of Baal.

Sundar’s testimony reveals one of the assignments of the last days righteous remnant is to finish the job Elijah failed to finish, to prevail against the spirit of Jezebel.

The same year Sundar received his visitation from Elijah, I received a dream in which I spoke with a woman who was put in charge of implementing the final phase of a long-term plan to destroy the United States and murder our people. Her identity was not revealed to me, but her character and tactics fit the description of Jezebel.

Since her identity was not revealed, I have been watching to see who it might be. Just two days ago, I shared a post considering if it might be Ivanka Trump, but another potential candidate is Kamela Harris. I believe God will reveal her identity as the time gets closer. For now, we can only speculate about that, but Sundar’s visitation from Elijah reveals her identity in the spiritual realm. She will rule in the spirit of Jezebel, which tells us many things about her.

Jezebel was an evil woman, obsessed with her hunger for power. She was willing to do just about anything to have it, including practicing witchcraft (2 Kings 9:22) and betraying her own people. The spirit of Jezebel is the spirit of a harlot who will do anything to get what she wants. We see this spirit operating in many of our leaders today, willing to sell out the American people to please the special interests who empower them with financial donations.

Jezebel ruled from behind the scenes as the wife of King Ahab (1 Kings 16:31), which raises the question of whether the modern-day Jezebel will also rule through her marriage relationship, suggesting the possibility of Michelle Obama. She already has many supporters who want her to run for President.

Jezebel ruthlessly murdered the prophets of the Lord (1 Kings 18:4, 18:13). They were forced to hide from her in caves where other faithful servants of God secretly brought food and water to them. However, she succeeded in murdering many of them. (2 Kings 9:7) We can expect the modern-day Jezebel will severely persecute the righteous remnant, especially the prophets.

The spirit of Jezebel perfectly describes the woman William Branham saw in a vision in 1933. He described her as having “a hardness that defied description” and as “cruel, wicked, and cunning.” Jezebel also fits the woman I saw, a ruthless murderer who had many ruthless murderers working for her. She had the spirit of a harlot with no limit to what she would do for the sake of her own power, even implement the mass murder of her own people.

Elijah’s warning to Sundar reveals our mission, “Where I failed, the last days remnant company must not fail.”

We must prevail against the spirit of Jezebel, which will soon seek to dominate our land and silence our prophets. This spirit is already working to seize control of the Internet through what is false called “net neutrality.” Technology is being used in other ways to track and monitor dangerous extremists, which means Christians. Tech giants like Google and Facebook are already writing algorithms to silence what they call fake news, which means true news. Their new tactics will plunge the world into deeper darkness as only lies are permitted in public media outlets.

Elijah has already given us the key to victory, overcoming the spirit of fear, which would try to control us with the same tactics used by evil tyrants throughout history in their quest to control the masses, but I expect what is coming will be worse than anything that happened before.

Sundar’s visitation from Elijah is a great example of how God is already preparing us for what is coming, so when it comes, we will be ready for it and will prevail against it. We have nothing to fear because our God is far greater than any other spirit and He is faithful to remain with us every step of the way. We already know we will prevail because it’s written in the book.

And they overcame him because of the blood of the Lamb and because of the word of their testimony, and they did not love their life even when faced with death. (Revelation 12:11)

Sundar shares his testimony of Elijah and Jezebel starting at the 4-minute mark of the video shown below.

I don’t doubt the word at all, but I think a key piece of info that gets lost in the translation is that this is the ‘spirit’ of Jezebel, and therefore is not restricted by human gender. Men can have the spirit of Jezebel just as easily as a woman can because it’s a whole way and attitude, and the first key to understanding it is found in Revelation, in the message to the church of Thyatira. ‘She calls herself a prophetess’ is very informative, meaning that it’s people who usurp the leadings of the Spirit of God and insert their own words, understandings, authority – whatever, in their place. In other words, it’s people who don’t fear or respect God’s words, Spirit, or authority enough to let it speak for itself, but override it and insert themselves into it. I’ve known both men and women who do this without batting an eye, but it’s no small deal, it is fearless and disrespectful, and it certainly makes sense that the ‘children’ of anyone who moves in this spirit, are killed with death, simply because man’s words do not have the life that God’s Word does.

I agree, the Jezebel spirit can operate through any willing vessel, male or female.

Where their is a Jezebel, There is an Ahab. I wonder who is going to be the Ahab to the Jezebel this time around.

*Where There (Not Their)

The faith of Elijah was a faith that goes far beyond a wavering belief. This faith is absolute certainty, an unwavering trust in G-d’s goodness, power, and protection, based on His scriptural promises. His Word is a Rock that smashes and shatters all who oppose it!

Read “Obama calls Harris the best looking attorney general….”
Washington Post article.
On another note, after I read this article, the Holy Spirit said look on the WORLD scene.

This video series hasn’t been fully released yet but I still wanted to share it. It’s called “The War on Truth” by the ministry called the Fuel Project. Yesterday it released a video about feminism that is just so excellent! I really think he did a good job on the video about homosexuality too and that it is a great way to gain a new perspective on the subject and the people.

The War On Truth: http://www.youtube.com/playlist?list=PL0f6_epwixV70SM1xQNBOCKhyynKK0pJb

Testimony of a former lesbian activist who published a magazine for black lesbian rights.

Shouldn’t be naming anyone that is not from the Lord. Otherwise, one of these two women will be victim of that identity. Jezebel a serious evil person such that we should be very careful when naming. Otherwise, thanks for sharing your dreams. I believed that the Jezebel spirit is already out there.

With all the advancements in altering DNA could someone like Hillary Clinton be an example to show the world what would be available to “all” ….. ” Mark of the beast” ….showing her as a youthful woman. ???
My thoughts
Elias Lowe

How timely. I was just reading this article – http://www.zerohedge.com/news/2017-07-19/ranking-most-popular-websites-demographic – and noticed that the 6th most popular website with millennials is http://www.jezebel.com & described as “lifestyle (women)”. You just can not make this stuff up & because of the failure of churches around the world, probably 90% of the visitors to this website even know who Jezebel was in the Bible or what a “Jezebel spirit” represents……. ?

Oops posted too quickly. http://Www.jezebel.com is listed as the 3rd most popular website for the “MOST EDUCATED AUDIENCE” ?, 1 spot above http://www.celebitchy.com. Unbelievable….smh…

Expat Gal, my ultra-liberal feminist daughter-in-law (and most likely her sister and mom, too) follows that Jezebel site, and occasionally posts articles from it on her Facebook page. I have been curious to see what is on it, but something in my spirit keeps me safe by not even checking out the website. Needless to say, my friendship with Christ is a HUGE wedge between us.

anyone read this newest article of Neville Johnson’s academy of light ,

Yes, that was an excellent article. A good one to print out for people when the judgments begin.