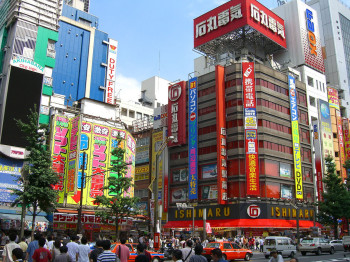 After more than twenty years of economic troubles, Japan now appears to be entering a terminal phase. They are running out of options as they approach a total economic melt-down.

Since their recession began with the 1990 collapse of the Nikkei stock market, the Japanese government has tried to stimulate their economy with more government spending. Unfortunately, all they have to show for it is massive sovereign debt. The promised economic recovery never happened. They have become Exhibit A in the case against socialism, proving what free market economists have said all along, government spending cannot drive economic growth. The private sector is the engine for growth.

The results in Japan should not come as a surprise. The same results have occurred wherever governments have tried to spend their way out of recession. The United States has made the same mistake repeatedly, including President Franklin Roosevelt’s New Deal in the 1930’s, President Johnson’s Great Society in the 1960’s, President Carter’s recession in the 1970’s, and President Obama’s failed stimulus program in 2009, which spent nearly a trillion dollars to produce the slowest economic recovery in American history. The evidence is clear, government spending cannot drive economic growth. Progressive politicians, otherwise known as socialists and communists, don’t like to hear that, but that does not change the facts.

But Japan continues to look to the government for the solution. In January their new Prime Minister Shinzo Abe announced his plans to drive their economy out of recession through increased government spending on public works and continued quantitative easing. You would think after twenty-three years in the doldrums they would be willing to give the private sector a try, but Abe’s plan is to use the same old failed policies of the past and hope it will somehow work this time. Abe’s plan has yet to address their soaring government debt, which is already more than double the size of the economy.

So by continuing to apply the wrong remedies Japan is mostly to blame for their economic woes. However, just when they finally started showing signs of recovery they were hit by the 2008 collapse of the U.S. housing market, which caused a worldwide freeze in credit and investment spending. Then they were hit hard again in 2011 when a tsunami hit northeastern Japan causing massive destruction and the meltdown of the Fukushima nuclear reactors.

Today, Japan faces yet another economic challenge caused by the mistakes of the United States and the European Union. After more than a decade of massive, unprecedented spending binges, the governments of these nations have racked up staggering debt levels and brought the world economy to the edge of disaster. With enormous annual deficits year after year, something has to give. The world is on an unsustainable path and shows no signs of turning back. A day of reconciliation looms just ahead as the debt levels are approaching the point of being too big to handle.

To keep the United States government afloat, the Federal Reserve began monetizing the debt by printing massive amounts of dollars. The Federal Reserve is now implementing the third phase of quantitative easing, which is known as QE3, and is now being called “QE to infinity” because Fed Chairman Ben Bernanke said this phase of quantitative easing was unlimited in both dollars and time.

The unprecedented growth in the U.S. money supply has devalued the U.S. dollar relative to other currencies, like the Japanese Yen. Since the start of quantitative easing in the United States, the Yen appreciated dramatically relative to the dollar, from 123 Yen per dollar in the summer of 2008 to just 76 Yen per dollar in October 2012. For the Japanese economy, which is driven by exports of automobiles and electronics, the appreciation of the Yen was very harmful because it inflated the prices of their products in foreign markets, thereby making them less competitive.

So in our attempts to pay for our own debt, the United States inadvertently started a currency war, which left Japan with no choice but to retaliate. The Bank of Japan responded with their own quantitative easing program in attempts to devalue the Yen relative to the dollar and other currencies. And it is working. Since October 2012 the Yen has depreciated from 76 Yen per dollar to 93 Yen per dollar today. So it is a race to the bottom to see who can print money the fastest and devalue their currency the most.

The Japanese economy has shown signs of responding to the devaluation of the Yen. With more competitive prices for their exports, sales of Japanese products have picked up and company stock prices have too. Just in the past 3 months, the Nikkei average has gained 25% in value. This has led some Keynesian economists, such as Paul Krugman, to celebrate the results as a sign that Japan is finally coming out of their economic troubles. However, other economists are not buying that scenario.

While the devaluation of the Yen helped make Japan’s exports more competitive in world markets it simultaneously caused prices for imported items to skyrocket. That is really bad news because they depend on imports for essential items like food and energy. They are the world’s largest importer of fish and the world’s third largest importer of agricultural products. They have always been clever to make the most of their resources, but appear to be running out of options. They lack the natural resources needed to provide food for their large population because they are a small mountainous, volcanic island.

Their solution to their dependence of foreign energy sources was to develop their own sources of nuclear energy. However, the Fukushima disasters have raised concerns about the viability of that strategy. They are running out of options.

So they cannot cut back on their imports and are forced to pay the higher prices. Historically, Japan has managed to keep inflation under control but these latest developments will make it very difficult to continue doing so in the future. In January the Bank of Japan doubled their inflation target from 1% to 2%. The Yen devaluation fixed one problem and created another.

The Japanese Yen is now in serious trouble. Growing sovereign debts around the world have caused more governments to devalue their currencies, which puts more pressure on Japan to continue devaluing the Yen. The world has entered a race to the bottom. One financial expert, Max Keiser, calls it a firing squad lined up in a circle.

This is not a new phenomenon for fiat currencies, which are currencies not backed by gold. History shows fiat currencies only have an average life expectancy of 35 years before collapsing. The same pattern has repeated itself again and again. Once the currency is removed from the gold standard, it becomes far too easy for corrupt government leaders to spend money they don’t have and just print more money to pay for it, which drives down the value of the currency. President Richard Nixon took the United States dollar off of the gold standard in 1971 promising the dollar would not lose value. He lied. The dollar has lost over 80% of its value since 1971. As a fiat currency, the dollar is now 42 years old, 7 years beyond the average life expectancy.

The United States and Japan are both now in the sunset years of their fiat currency. This phase is brought on by irresponsible government spending and accelerates when the government begins printing money to pay off the debt. This is nothing more than kicking the can down the road, putting off the inevitable day of reckoning. In the best case scenario, excessive government spending and money printing provide only a temporary bubble with the illusion of prosperity. They fail to solve the underlying problems so they do not bring long term economic prosperity.

Since Japan’s debt load is even bigger than ours, and their natural resources are more limited than ours, they are slightly farther into their sunset years than we are. So they appear to be the most likely candidate for an economic collapse, but we are doing our best to catch up with them.

In an article called, “The Arrival of Japan’s Sunset,” by Gregor Macdonald, which was published on PeakProsperity.com this week, he described what we are about to see unfold in Japan.

The nasty reality for Japan is that its cost of inputs are rising at the same time demand for its goods continues to soften.

We must emphasize that Japan is an island, and so major upside surprises in new natural resource discoveries is highly unlikely. Except for its ability to lock in the price of inputs through large hedging programs, it is fully exposed to present and future prices of LNG, coal and other essential commodities. Indeed, Japan is the largest importer of LNG in the world, and global suppliers take advantage of this fact.

…Japan’s economy is going to fail. And when it does, the outcome will have spectacular implications for many global assets, ranging from real estate, to stock markets, to oil and gold.

There is a progression of increasingly likely events that will happen as Japan’s troubles mount. Investors looking to protect capital will do well to learn and watch for them (as well as those with appetite to find opportunity in crisis)

For all others, this story is important to understand because Japan also serves as a bellwether for the other OECD countries, many of whom face similar macro headwinds of excessive debts and increased global competition for key commodities.

As Japan goes, so very well may we all. [Continue reading…]

So summarizing all of the challenges confronting Japan, we see the list is growing long:

All of these factors combine to propel the Japanese Yen into the terminal phase of existence and make Japan a prime candidate for economic collapse. According to a financial insider, the world’s largest multinational investment bankers have considered these factors and have recently made a decision to let Japan collapse. So don’t be surprised if you wake up one morning to the news that the Nikkei stock market has collapsed. As the world’s third largest economy, the impact of their collapse would be felt around the world.