You are here: Home » News » Israel and Middle East News » Israel running out of options as Iranian influence in Syria grows stronger 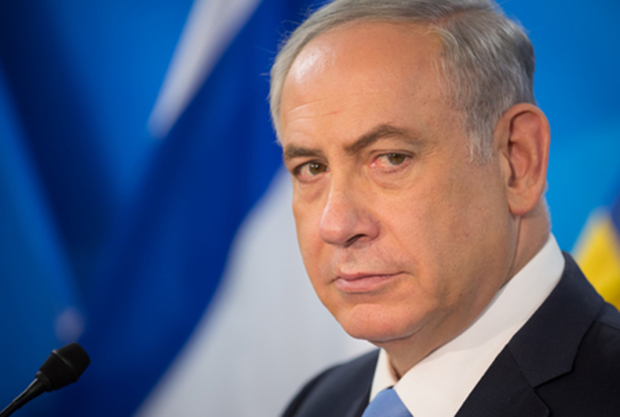 After years of trying to reverse Iran’s growing influence in Syria, Israel’s efforts have failed. Israel formed an alliance with one of Iran’s greatest enemies, Saudi Arabia, seeking to overthrow the Syrian government, removing President Bashar al-Assad from power. However, the Syrian government has successfully withstood years of attacks and driven back the invading forces thanks to military support from Russia.

Tensions increased further yesterday after satellite images revealed Iran has been building military bases inside Syria, which Israeli Prime Minister Benjamin Netanyahu has warned his country will not allow that to happen. (Source: bbc.com)

After years of setbacks, Israel is running out of time and options, increasing the likelihood of airstrikes against the new Iranian bases. Israel has already made airstrikes inside Syria, even as recently as September 7 when they attacked weapons convoys suspected of carrying Iranian arms to Hezbollah. (Source: washingtonpost.com) However, attacking Iranian military bases would escalate the conflict to a new level, significantly increasing the risk of a regional war.

In a comment posted a few hours ago, Z3 News contributor Christian Block shared an interesting insight into the growing tensions and the possible timing of a pre-emptive Israeli attack:

Nasrallah, the leader of Hezbollah, stated that Saudi Arabia has declared war against Lebanon. The “secret” diplomatic cable confirming Israeli and Saudi cooperation was revealed the other day. Saudi Arabia told its’ citizens to evacuate Lebanon. All seem to point to an imminent confrontation.

This confirms what Sadhu Sundar Selvaraj was shown would occur in 2017. If Israel is the one to strike first, historically they have done it during a 10-day window surrounding the new moon to take advantage of a dark night sky. There are only two of those windows left in 2017. The first is from November 14th to November 24th. The other is from December 14th to December 24th.

In Christian’s new moon theory, the first window opens just a few days from now on November 14. The increased threat of a broader regional war has the potential to rattle global financial markets and send the price of oil soaring. Pray for the peace of Israel.

interesting observations James. Also today 13th Nov, Jupiter and Venus are converging in Virgo (which some think was how the Bethlehem star manifested) and at the same time a major earthquake has hit Iran and Iraq. i don’t believe in coincidences so i think God is drawing our attention to the middle east, just like how the “great American eclipse” on august 21st drew our attention to the US and the natural disasters that followed.
https://www.space.com/33792-venus-jupiter-conjunction.html

I’ve been seeing a lot of internet chatter saying;… “The Beginning Of The End’ Begins with Israel. The Lord is telling all of His Children to keep their Spiritual Eyes and their Spiritual Ears on Israel in the nest couple of months, and to continue to Pray for Israel and their leadership. Because when Israel’s surrounding enemies come against her this time, God will put the Hook in the Jaws of the leader mastermind and their will be a Great Worldwide Downfall an Judgment unleashed. It just ain’t happening fast enough for me and mine’s, but may The Lord’s Will be done, not mine, even so come quickly Lord Jesus. 🙂

You left off ISIS. With support of Russia those Christian killing monsters have been driven off Syria. May God collapse the economies of the countries that have supported those monsters, if they do not repent.

I just spent the last three months in northern Israel. Israel’s top general says they’ve increased their precision strike ability by four to five times what is was during the last conflict with Hezbollah. He feels the next conflict will mostly be over after five or six days of battle.

That’s the ideal situation for Israel. God will give victory to those doing His will and judge those who collude to kill the innocent. May countries who have legalized the murder of the innocent go bankrupt, unless they repent so there will be no funds to support the wickedness.

Israel has 15,000 legal abortions a year, and about the same number if illegal, done by nurses, dentists (?!) and doctors.( see; Israel times, Abortion in Israel.) Yesterday at a Harvest Festival for Girls and Boys club IN A CHURCH, a (self describing CHRISTIAN)woman at a booth was peddling information on abortions at a specific place called “Choices.” She specified they were not associated with Planned Parenthood and do not use the Name of Jesus because they may be giving an abortion to a muslim and that would make it “INAPPROPRIATE” . (BE AWARE of new places arising to perform abortions as PP gets shut down and stop them.

Communists are masters of wordcraft. That’s why it was said the way it was said. Their master is the devil, who is the father of lies, when he lies he speaks his native tongue. His followers are doing well when following their father in his ways. Thanks for sharing this, we should expect more of this in the future.

John Paul Jackson said that the trigger to an Israeli-Iran war would be one or more dirty bombs exploding in Israel. (I think in Tel Aviv). Terry Bennett has spoken of a coming war or to be more accurate a series of wars.) Also Israel will be badly wounded but will emerge victorious and with more land. Sadhu Sundar Selvaraj has warned that Israeli boys will be sodomised. Plus, plus, plus.

Not doubting you but when did JPJ say that a dirty bomb was a precursor to attacking Iran?