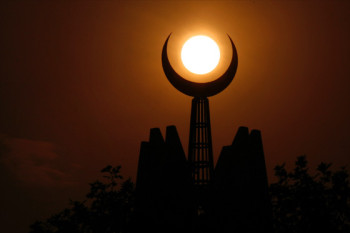 Forgive my delay in posting this. I wanted to be sure. When the Holy Spirit was giving me insights on Nicole Moore’s series of dreams, visions, and insights From last October to this February (see her post, Islamic Plot to Murder America’s Christian Children Revealed), I believe He gave me an even broader understanding:

So let’s instead do our vision casting for the Lord:

As I ended this list and confirmed that is all to be in it, I was not surprised to see there are eight items. Eight, written with the symbol for infinity (on its side), is the Biblical number of new beginnings. And four (the first list), is the number of the supernatural.

This morning had me in Luke 10:17-20 “17 The seventy-two returned with joy and said, ‘Lord, even the demons submit to us in your name.’ 18 He replied ‘I saw satan fall like lightning from heaven. 19 I have given you authority to trample on snakes and scorpions and to OVERCOME ALL THE POWER OF THE ENEMY; nothing will harm you. 20 However, do not rejoice that the spirits submit to you, but rejoice that your names are written in heaven.'” ….. How could I (we, as the Church) have forgotten? Why have we lived for centuries beleaguered by evil when we Already Had, and still Have, the Authority to overcome ALL its power?!? Church, wake up! Don’t cower in fear; cast it out in Jesus’ name! Don’t put up with sickness; cast it out! You Already have the Authority to release the Power of the Holy Spirit, and NOTHING can stand up to that. It is the same Power today as was used to raise Jesus from the dead! ….. And yet, even though He has already given us all this, yet God continues to pour forth His grace upon us. And in His grace will yet release WAVE UPON WAVE* of new Power, new Anointing, new Revelation, new – whatever we need, right when we need it. What an AWESOME GOD we serve!!! ….. *See my earlier post by that title.

Thanks Debra for posting this. I have been struggling with reading a bit to much of these end time prophecies and was becoming fearful and overwhelmed. I have been praying that God would help me with this problem and I believe this post was just what Dr. God ordered! He knew what I needed.

Debra Walker
Reply to  Rebecca A.

Rebecca, I know what you mean. There is so much out there in the way of warnings that it can easily become overwhelming. But we do serve a mighty God, and He works ALL things together for the good of those who love Him and are called according to His purpose. Once I finally got that under my belt in the context of all these warnings, and especially after receiving the Wave upon Wave dream, God brought His Shalom, perfect peace, to my emotions. Now, the more I read, the more at peace I feel. For more about #8, see my earlier post, Wave upon Wave. Scroll to it under Prophecies, or click on my name under Authors to the right, then click on that title. God bless you through all these trials, Rebecca, with Shalom. It is His supernatural peace, and also healing, provision, and so very much more. He made you to be victorious, an “overcomer,” a conqueror. If Jesus is the Lion of Judah and you are His bride, then you are the Lioness of Judah. Read Numbers 23:24 and Ephesians 6:10-20.

AMEN!!! As the darkness grows darker, so too shall the Light of Jesus Christ grow brighter. WHAT A MIGHTY GOD WE SERVE. . . THANK YOU JESUS!!! /