You are here: Home » Church » Assignments » They knew they were to begin instructing many with what had been given them.
Share this post: 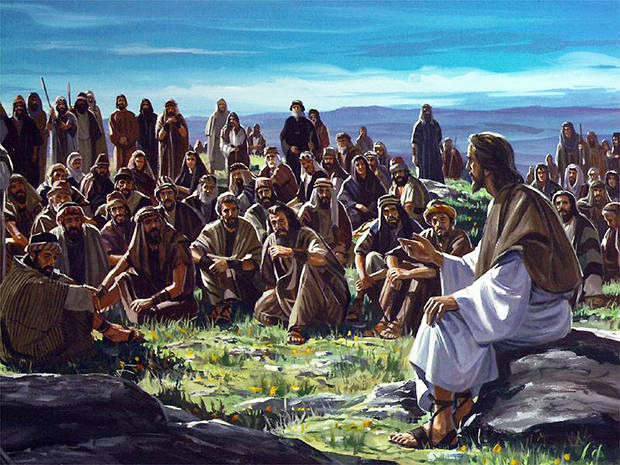 On March 25, 2017,  God spoke to me in my prayer time that I was to begin publishing the dreams, visions, and downloads He had been giving me about the end times since 1987. He clarified that these were specifically given to help prepare people for what is soon to come upon the earth, and to reveal the church’s part in it.

After finishing my prayer time, I became extremely sleepy, forcing me to lay down for a nap. Almost instantly, I fell into a very deep sleep. Sleeping during the day, as well as falling asleep instantly, is extremely rare for me as I suffer from insomnia due to Benzodiazapine damage. While in this deep sleep I had an extremely significant dream, which I jotted down upon awaking. The following is an excerpt taken from my journal:

“In my dream, my husband and I were living in some large apartment complex on the 2nd floor. Suddenly, I heard a man, a neighbor, shouting relentlessly in a loud voice in the back yard. I went out to the balcony to see what was going on and saw many other neighbors gathering around to hear. They were coming out in droves, sitting on their balconies and reclining in lawn chairs on the grass to hear the man.

He was preaching and teaching wise instructions from the Word of God, addressing some sort of betrayal or deception given by our government. Something had been reported to the American people that represented a life-changing turn of events that would change America as we had known it. It was somehow connected to some sort of disheartening events that had been happening.

In the dream, I got the sense that the antichrist had just been introduced to the world, appearing as a savior. The people that were congregated knew this was a dark deception. Now, it was up to us to step up to the plate and use our own discernment and take action according to what we knew was happening.

32 By smooth words he will turn to godlessness those who act wickedly toward the covenant, but the people who know their God will display strength and take action.
33 Those who have insight among the people will give understanding to the many; yet they will fall by sword and by flame, by captivity and by plunder for many days.
34 Now when they fall they will be granted a little help, and many will join with them in hypocrisy.
35 Some of those who have insight will fall, in order to refine, purge and make them pure until the end time; because it is still to come at the appointed time. (Daniel 11: 32-35)

In the dream, I knew these “average Joes” had endured many severe trials and afflictions, through which God had been teaching them deep wisdom. They had not necessarily understood that this wisdom was being taught to them “for such a time as this” while alone in their “wilderness” experiences, but now they understood why their trials  had been so strong and relentless, and they knew they were to begin “instructing many” with what had been given them.

But there was more. I felt in the atmosphere, the Holy Spirit blanketing the earth! This was revival like the earth had never seen, revival for the everyday, common “Joe”, whom the world would never take a second look at, but whom God was raising up to use in signs, miracles, dreams, visions, preaching and teaching.

I understood in the dream this was the outpouring of the Spirit that Joel chapter 2 refers to! I also knew in my dream that Jesus was about to return, and He was reaping the harvest! Then the dream ended.”

When I woke up from my cat nap, I still felt the glory absolutely drenching me! It was so indescribably overwhelming. I was literally in tears, and it took me some time to recollect myself.

As a child, Kerry Lebrun was a victim of severe abuse. At age nineteen, she was a total atheist and knew nothing about the Bible. Then one night, she encountered the living Christ in a prophetic dream. He quoted a verse to her from John’s Gospel. She believed and received salvation. Afterwards, she received more dreams and visions that essentially unveiled the many facets of the cross and how to apply its’ transforming power to her heart and life, resulting in the total eradication of severe Post Traumatic Stress disorder and a host of related issues caused by the abuse she endured. God instructed her to write a book to pass on these revelations and teachings of the cross to others, so they, too, can be set free. Her book “Against All Hope Until…” can be viewed on her website Heavens Hope Unveiled.

This word rings true in my spirit. I been praying about this. The majority of the church is not ready without spot or wrinkle. From God’s Word this is what I see. I believe this time there will be the spiritual transfiguration type of event of the true bride of Christ, first (supernaturally glorified, like what happened to Jesus at the time of His transfiguration) I heard this is happening already. The true Bride will go out and preach with signs and wonders, healing, miracles, raising the dead, and teach the luke warm church and remaining gentile nation harvest to prepare themselves spiritually, then years later the catching away. While some other believers especially the pre-tribbers, wait for a catching away of the majority of all Christians to escape all things, they may well be in for a huge surprise. I am hearing and sensing a huge revival and a second Pentecostal, Acts type and (Joel 2) movement to spread across the earth starting this year. You ever wonder, who are these?….from Isaiah 60:8
Who are these that fly as a cloud, and as the doves to their windows?
…..In context…Isaiah 60: 5 Then thou shalt see, and flow together, and thine heart shall fear, and be enlarged; because the abundance of the sea shall be converted unto thee, the forces of the Gentiles shall come unto thee. 6 The multitude of camels shall cover thee, the dromedaries of Midian and Ephah; all they from Sheba shall come: they shall bring gold and incense; and they shall shew forth the praises of the LORD. 7 All the flocks of Kedar shall be gathered together unto thee, the rams of Nebaioth shall minister unto thee: they shall come up with acceptance on mine altar, and I will glorify the house of my glory. 8 Who are these that fly as a cloud, and as the doves to their windows? 9 Surely the isles shall wait for me, and the ships of Tarshish first, to bring thy sons from far, their silver and their gold with them, unto the name of the LORD thy God, and to the Holy One of Israel, because he hath glorified thee. 10 And the sons of strangers shall build up thy walls, and their kings shall minister unto thee: for in my wrath I smote thee, but in my favour have I had mercy on thee. 11 Therefore thy gates shall be open continually; they shall not be shut day nor night; that men may bring unto thee the forces of the Gentiles, and that their kings may be brought.

Thank you for sharing Lori. The coming outpouring seems to be a common theme lately, like God is getting us ready!

This is a powerful message. Only this morning I was praying and telling the Lord how I still didn’t really understand why so many, many severe trials through the years, and I think this message was the answer to that. I believe I have learned much wisdom through the trials too. The following video is a bit long but one that is a must listen for people to hear this story behind how God spoke to Lyn Leahz to start revival meetings that is believed to spread around the world. There is one meeting that will take place in Gary, Indiana on June 5-7 and another one not confirmed yet for May 19 and 20. They have been directed of God to have it free of charge with no promoting of any ministries whatsoever. They are asking people to come but it will be livestreamed as well. https://www.youtube.com/watch?v=Whgs68ft_qA&feature=youtu.be

I think we can all relate to that! Thank you for the link, Shelly. I’ll check it out.

So excited to read your post, very confirming on so many levels. Thank you!
Blessings,
Ivette

You’re welcome! I’m praying that God leads you and uses you mightily as you release what God has prepared you for.

Hi. Thanks for sharing this. Another insight if I may. The root of “Common” also means “shared by all” “Joe’s” is short for “Joseph’s” Remembering all that Joseph endured, especially by family, he gained great knowledge and understanding of YHVH’s Heart; i.e.Christ, the Greater Joseph. Many, in the Bride Company, have and are sharing in His Sufferings, enduring similar trials and testings. As we hold on to The Captain of Our Salvation, She too is prepared into the Heart and Nature of Her Beloved. When He sees fit, He will reveal Us to the World to bring Glory to His Name.

I have been given the go ahead to share what the lord has been sharing with me .This is a confirmation

I pray that God uses you mightily in these last days to reach many for Him.

Thank you Kerry, for this awesome word

Wow. This resonates with me in several ways based on what Ive been seeing and hearing. I believe we are the verge of a massive storm, both for good and bad.

Yes amen. Like you, I am hearing this from many. Something big is coming, and God will position His faithful remnant to shine in the midst of it. Thanks for your confirmation!