You are here: Home » Church » Iniquity Rules in the Hearts and Minds of Millions of Church Goers
Share this post: 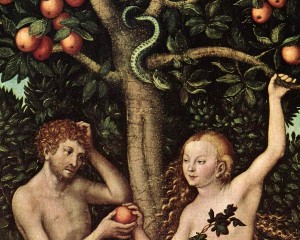 On July 27, 2015, thirty days after the SCOTUS decision to legalize same sex marriage shaking their fist at God, I began to hear the still small voice of the Holy Spirit speaking to me.

Many have been called – but few have answered. Judgment has been pronounced upon America. A righteous and holy God cannot remain silent in the midst of corruption. America has sown the wind and must now reap the whirlwind.”

On August 4, 2015 following the release of video showing the agenda of Planned Parenthood Holy Spirit showed me that America had been given by our very loving, long suffering God not one but two opportunities to do what was right in His eyes. One to rise up against the SCOTUS decision, secondly to take a stand against Planned Parenthood- neither of which happened.  I heard:

“Hear the Word of the LORD. you who walk up rightly. Iniquity rules and reigns in the hearts and minds of millions of church goers. Those who have a form of godliness but deny My power.  Why do you not turn away from evil? Why do you allow sin in My house?  Sin is a reproach to any nation, even America. (Isaiah 26)  America has been weighed in the balance and found wanting.”

Our nation is racing toward destruction. Rejection of God has brought judgment on our nation.  As Holy Spirit leads I will share what He is speaking to me.  Drastic changes are coming.  The harvest is ready.  We must be laborers in His field.

Yes, Ali, it is. People seem to put Planned Parenthood out of their minds, but it is very indelibly etched in this society. We made it legal to kill babies!!! In the womb!!! There have been several videos made undercover of the unimaginable depth and disgrace of the national tragedy. The marriage has become a divorce in this society, a divorce from God Almighty. Every crumbling culture goes this way, and the way of same sex legalization, brings on more legalization of unspeakable things. We all gotta get real because it’s a heart breaker for our Maker, the Maker of heaven and earth. I include here a testimony of an ex satanic priest who is well aware of Planned Parenthood, and other death machines. Please pray, http://www.lepantoinstitute.org/abortion/former-satanist-i-performed-satanic-rituals-inside-abortion-clinics/