You are here: Home » News » Financial News » Ian Gordan: “This Collapse Will Be Very Frightening Because Once The Credit Stops, The Economy Stops” 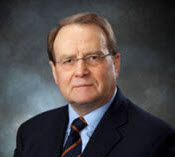 I had the opportunity once again to connect with Longwave Analytics President, Ian Gordon, for a fascinating conversation. Ian has developed the “Longwave Theory” of perceiving markets and predicting future events, and based on his work, the world is moving into ever more dangerous economic territory.

During the interview Ian spoke about historical paper money collapses, why we’re nowhere hear hitting bottom globally, and why there will be a massive run to gold as the banking systems collapse.

Starting out with, Ian explained that the worst is dead ahead, for the reason that, “We really haven’t been allowed to experience the washing out of debt…total debt in the United States is now $60 trillion…we’re going to see that debt washout occurring as [things] really start to get bad. Also we’re going to see stock prices emulate the bear market between 1929-1932…the worst is definitely in front of us and not behind us.“

In discussing the history of France’s assignat crisis, Ian said, “When the printing presses were opened up much as they are being done right now, when the system ultimately collapsed, France returned to precious metals as money, because they knew that the paper money—nobody wanted it, and nobody trusted it. Farmers refused to bring produce into Paris and be paid in paper, so the whole system collapsed. I think we’re on the verge of such a collapse, and that collapse is going to be very frightening, because paper money being debt money, it means the whole credit system collapses along side the collapse of paper money. So once credit stops, the economy basically stops. It just doesn’t function, because the economy runs on credit…So it is going to be a very, very frightening process.”

Bull Market Thinking is the original source for this post. They are the publishers of “Bulletproof Shares,” which is a publication that helps people protect their investments from broker bankruptcy and theft. Visit their website.