You are here: Home » Church » Harvest » I saw the three days of darkness coming in the first week or two of September.
Share this post: 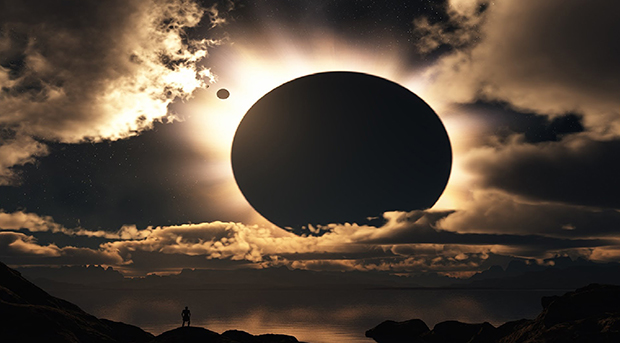 In a dream today, it was early August and I was with a group of Christians but I was alone having my prayer time when I saw the three days of darkness coming in the first week or two of September. As soon as I saw that, an intense travail came upon me and I started weeping and moaning and it continued for a long time. Afterwards, I couldn’t remember if it was coming in September or August so I was wondering about that but felt pretty sure it was September. I didn’t see the exact dates.

Then a man from our group came to me and asked, “Have you heard about the three days of darkness?”

When he said that, the travail came upon me again and was so strong I was unable to answer him. Later, I was able to tell him what I saw and I let him know his question was a great confirmation. EOD.

Previous examples of three days of darkness are mentioned in the scriptures, as listed below, so it sounds like another one is coming. Since it was early August in this dream and is already late August now, it was referring a future year and cannot be for this year.

I don’t know much about this event but I think the story of Jonah helps reveal the purpose for it is to bring lost souls to the place of repentance so they can be saved. I believe God is going to do this to help bring in the great end-time harvest.

The first two weeks of September is interesting because the Hebrew holidays of Rosh Hashanah and Yom Kippur are often celebrated between the first week of September and the first week of October. This year they start in late September. So perhaps that’s a clue to help narrow down the possible year for the three days of darkness.

The best way I know to describe it is based on something I experienced many years ago when my son was only about seven years old and was with my wife at the beach. He had been playing in the water when she last saw him, but then she looked up to check on him and he was gone. She was in a panic when she called to tell me. I was deeply troubled, but since I was hundreds of miles away, there was nothing I could do except cry out to God. After we hung up, I was all alone in my house and cried out with everything in me, “No!”

At that moment, my precious baby boy was all I could think about, not the latest baseball scores or the latest movies or whatever I had been working on. Those things paled by comparison.

Within about 30 minutes, she called me back. He had come out of the water and gotten turned around so he had walked further and further in the wrong direction until he was completely lost and started crying. A woman further down the beach saw him walking past her so she felt compassion and asked him where his parents were but since he didn’t know she took him to a hotel that was right there on the beach. They helped her figure out how to find my wife.

I believe her actions reveal God’s heart as He sees people who have gone in the wrong direction and reached a point of despair as they’ve realized they’ve completely lost their way. He hears their cries and is deeply moved with compassion so He approaches them and offers to help. Like her, He takes them by the hand and guides them to a safe place where they can be reunited with their heavenly Father.

I will always remember the awful feeling I felt that day. It was almost unbearable to consider losing my precious son, but it only lasted about 30 minutes and ended with great news of finding him again. I think it gave me a small sample of God’s deep concern for lost people and helped me understand why He is moved to take action by reaching out to them in all sorts of ways, including the three days of darkness, which is ultimately all about rescuing the lost.

The spirit of travail that came upon me in the dream was like that, a small sample of the burden God feels for the lost. It feels almost unbearable, but it’s one of the many ways that He moves through His people to help rescue the lost.

If you’re not familiar with travail, it simply means hard work, like a woman in labor giving birth. I believe it’s why the Bible teaches us about groanings too deep for words.

So the groanings are a manifestation of God’s spirit in us as He helps us to pray for them far more effectively than we could on our own because we don’t know enough about them or their situation to know how to pray for them. When He does this, we can know that our prayers are very effective because they’re in perfect agreement with His will.

21 Then the Lord said to Moses, “Stretch out your hand toward the sky, that there may be darkness over the land of Egypt, even a darkness which may be felt.”
22 So Moses stretched out his hand toward the sky, and there was thick darkness in all the land of Egypt for three days.
23 They did not see one another, nor did anyone rise from his place for three days, but all the sons of Israel had light in their dwellings. (Exodus 10:21-23)

17 And the Lord appointed a great fish to swallow Jonah, and Jonah was in the stomach of the fish three days and three nights. (Jonah 1:17)

20 Come, my people, enter your rooms and close your doors behind you; hide for a little while until indignation runs its course.
21 For behold, the Lord is about to come out from His place to punish the inhabitants of the earth for their iniquity; and the earth will reveal her bloodshed and will no longer cover her slain. (Isaiah 26:20-21)

2 “For behold, darkness will cover the earth and deep darkness the peoples; but the Lord will rise upon you and His glory will appear upon you. (Isaiah 60:2)

“For the stars of heaven and their constellations will not give their light; the sun will be darkened in its going forth, and the moon will not cause its light to shine.” (Isaiah 31:10)

9 “It will come about in that day,” declares the Lord God, “That I will make the sun go down at noon and make the earth dark in broad daylight. (Amos 8:9)

6 In that day there will be no light; the luminaries will dwindle.
7 For it will be a unique day which is known to the Lord, neither day nor night, but it will come about that at evening time there will be light. (Zechariah 14:6-7)

39 But He answered and said to them, “An evil and adulterous generation craves for a sign; and yet no sign will be given to it but the sign of Jonah the prophet;
40 for just as Jonah was three days and three nights in the belly of the sea monster, so will the Son of Man be three days and three nights in the heart of the earth.
41 The men of Nineveh will stand up with this generation at the judgment, and will condemn it because they repented at the preaching of Jonah; and behold, something greater than Jonah is here. (Matthew 12:39-41)

29 “But immediately after the tribulation of those days the sun will be darkened, and the moon will not give its light, and the stars will fall from the sky, and the powers of the heavens will be shaken.
30 And then the sign of the Son of Man will appear in the sky, and then all the tribes of the earth will mourn, and they will see the Son of Man coming on the clouds of the sky with power and great glory.
31 And He will send forth His angels with A great trumpet and they will gather together His elect from the four winds, from one end of the sky to the other. (Matthew 24:29-31)

3 As he was traveling, it happened that he was approaching Damascus, and suddenly a light from heaven flashed around him;
4 and he fell to the ground and heard a voice saying to him, “Saul, Saul, why are you persecuting Me?”
5 And he said, “Who are You, Lord?” And He said, “I am Jesus whom you are persecuting,
6 but get up and enter the city, and it will be told you what you must do.”
7 The men who traveled with him stood speechless, hearing the voice but seeing no one.
8 Saul got up from the ground, and though his eyes were open, he could see nothing; and leading him by the hand, they brought him into Damascus.
9 And he was three days without sight, and neither ate nor drank. (Acts 9:3-9)

12 I looked when He broke the sixth seal, and there was a great earthquake; and the sun became black as sackcloth made of hair, and the whole moon became like blood; (Revelation 6:12)

A few days ago, Elizabeth Marie published a video about the three days of darkness
https://www.youtube.com/watch?v=rhXMkGXlWgc

Do u know that they are calling a 10 day period when the queen passed until the 17th. I have seen where many are calling it a 10 day dark period of mourning. I found it interesting that Charles took the throne on a double digit day. 9922. Look up those numbers in the strong concordance.

I have not seen any new postings from Mr. Bailey in a while. I pray that all is well with James.

Thanks Larry. All is well, just very busy with a temporary assignment that has left me almost no time available for Z3 although I posted a new article today.

My 10yr old daughter recently had a dream. In the dream there were people going around putting marks on people’s faces and that it was very painful. She says that we were able to run away. She is very specific of the date and keeps telling me of the dream. The date is Nov 1st, no year. We have travelled a few yrs ago to an area where she saw people with marks on their faces.

Queen Elizabeth II reigned for 70 years, 7 months and 7 days (inclusive counting). The same numbers showed up with Trump and Netanyahu. I’m worried that the current King of England called for a new global Marshall plan to prevent an environmental disaster

hi folks. ive been told thro two sources that the banks are going to close from the 11th to the 14th. this would certainly qualify as 3 days of darkness especially if you are not prepared. and this includes ALL accounts. i have also been told it would be wise to drop $20000 on a credit card. this is only hearsay atm but if anyone has heard anything it would be good to get confirmation. cheers

I wonder if the 3 days of darkness relates at all to Ken Peter’s end times vision where he saw that electricity went out for what could have been a couple weeks, but he didn’t know for sure how long.