You are here: Home » Church » Assignments » “I am reinstating the warrior within you”. 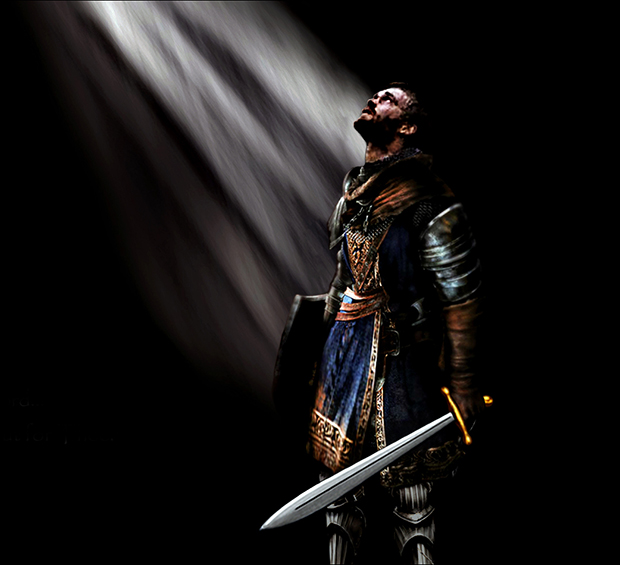 Recently I heard the Lord speaking over many “I am reinstating the warrior within you” and I felt strongly to look up the definition of “REINSTATE”.

REINSTATE: “To restore someone or something to their former position or state”

As I sat with the Lord, I had a vision and I saw SO many had been in such an intense battle over the past few years. The enemy thought he had taken these ones out completely. These ones also felt like they were but a shadow of who they were previously because of all they had endured, but then SUDDENLY the prophetic decree of the Lord and His power came into their lives.

“I AM REINSTATING THE WARRIOR WITHIN YOU.”

In a moment I saw the Lord deal with spiritual amnesia that the battle had caused and there was a SUDDEN comeback. I watched as they arose with greater strength, and the fire in their eyes and their heart burned stronger than ever. The fire of awakening to their authority in Christ and knowing what it means to live IN HIM and the power of His name birthed a ROAR in Him that had not been released through them before. The resolve, the boldness and authority in their eyes was blazing stronger than ever. These ones have battled with a spirit of fear, witchcraft and intimidation in such intense ways in this season but:

“NOW”, says the Lord, “the season has shifted, the battle has broken and I am raising you up as My bold ones to go forth on new assignments and to destroy the works of darkness from the place of deep communion with Me.”

I heard the Lord say:

“I am REMINDING YOU AGAIN of who you are. I am taking a stand for you on your behalf and I am clearing the way for you. I am making a way for you to enter into your new day where you are picking up new assignments that I am giving you and you shall carry My fire, My authority and My divine intel in a way that you have never seen or carried before. Where the enemy came to take you out, where the enemy came to destroy you in that season I have used what the enemy did to try and kill you to raise you up in and with a fortified faith that will not be shaken.

In the battle, you have received a fire of faith that cannot be taken from you. You couldn’t feel it in the battle, but now you can feel it. You can feel the fire in you of faith that will not be shaken, it will not be stolen, you can feel the roar building within you and I say unto you today that you have been forged and formed in a fire that not many have endured, but I am raising you up now to lead in these war days of what it looks like to walk in ferocious faith like never before.”

As I sat with the Lord from this dream, I realized the Lord has spoken seven words. The sense surrounded me so strongly of the seven year cycle and a season of completion and the entering of a new season.

To those who have been knocked down, you feel the warrior within you almost got completely knocked out of you, the Lord is releasing His prophetic decree over you today. He is reinstating the warrior within you and there is a DOUBLE RECOMPENSE upon you. The Lord is encouraging you that there is now a new season upon you that you HAVE stepped into where you will see the divine recompense of the Lord. The Lord is bringing forth that swift recompense, recovery, restoration and restitution.

GET READY FOR NEW ASSIGNMENTS

He is releasing new assignments right now and where you may feel like you are not prepared because of what you’ve been through or because of the battle that you have endured, I heard the Lord say “YOU ARE PERFECTLY PREPARED”.

Through all you have endured, as you have stayed close to the heart of Jesus, as you have stayed in the place of holding onto Him, He has forged in you the preparation needed for what you are stepping into. You will now begin to see the FRUIT of what was forged in you in the fire and the assignments He has called you to step into will be stepped into with great EASE and you will find the slipstream of His grace, His anointing and His power.

I heard the Lord say, “You will see it fits like a glove”.

You have been fashioned and formed, purged, strengthened and fortified in what has been for many of you the most intense battles of your lives the past few years. The enemy tried to take you out, but God had a greater plan. He has fortified you in Him. He has birthed faith that is ferocious within you. He has taken your roots into Him and you burn now with the words within “IN HIM”. He has delivered you, He has strengthened you in the fire that you thought was going to kill you. Here is your comeback. He is reinstating the warrior within you.

I heard the Lord say, “You are going forth to LEAD A CHARGE”.

The ROAR of the Lion of Judah that is coming forth from within you is going to see seismic shifts as His power, His prophetic voice, His presence and His Word goes forth. Warrior, you are arising in this hour with greater empowerment of the Spirit and His power to build, shake and shift that which He has assigned to you.

What an awesome word!

Praise be to our King and Lord Jesus Christ for his faithfulness and mercy. I cried as I read this word. I receive this word with all of my heart and I know that many are going to be blessed with all the Lord is restoring to his children in these last days. I cannot wait to see the souls that will come to the Lord as we go into battle to fight for them. Many blessings to you and thank you for your obedience to post this.