You are here: Home » News » Natural Disasters » Hurricane Harvey comes days after an eclipse of the century scaled across the nation.
Share this post: 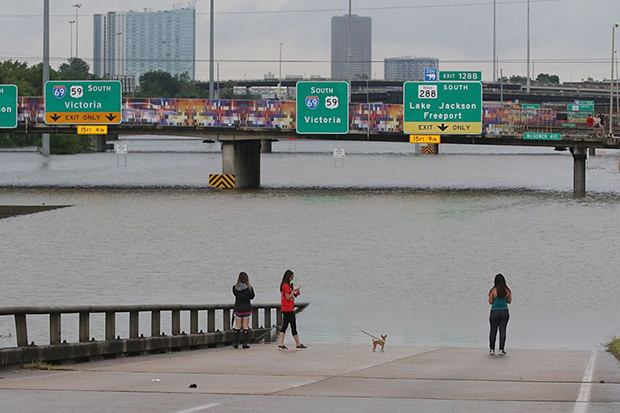 In July of 2015, I posted to my website a vision given to me about a hurricane that scaled the coastline, and even listed the specific states that I was shown were impacted. I stated that I wasn’t sure if the storm would hit that year (2015), or the next.

In October of 2016, a hurricane named “Matthew” scaled the southeast coastline of the United States during Rosh Hashanah. It touched the exact states that I was shown the year prior.

The name Matthew means “Gift from YHVH”, and at one of my Watchman on The Wall meetings, I talked about how it was a warning to America about the things to come.
In January (2017), I spoke of three things the Lord showed me would happen this year. The second thing I mentioned was that I saw “wicked storms” form, that bought much devastation.

We now have a category 3 (and possibly 4) hurricane in the Gulf of Mexico, making landfall in Corpus Christi, Texas this weekend. This is the first time since Katrina, that a hurricane this strong has made landfall in the US.

The storm’s name is Harvey.

Hurricane Harvey comes days after an eclipse of the century scaled across the nation. Many traveled to view the phenomenon, including Christians. Others stayed put and were given words of warning to the church and the nation, that a sovereign God was about to judge.

Others mocked and scoffed. Some even brushed it over by telling everyone that good times are still ahead, America will be great again, and don’t listen to the “doom and gloomers”.

In December 2016, the Lord told me that the church would go into battle thinking that He will be with them, but He will NOT be with them, and many will loose their lives…

God is speaking, and we’re not listening.

Repent. For the Kingdom of God is at hand.

Pray for the people of Texas.

https://m.youtube.com/watch?v=gLhrGY2JvZE
Must watch. Floods worldwide. Word of hope . Word of Yah to those down.

Thank God for His timely warning. It’s now left to us to hearken unto Him.

Thank you! I remember your vision from watching you on YouTube last year!

God Bless you!
May more people get saved in these times!

In my dream journal for Sun. Sept. 25, 2016 I dreamt that I was atop a tall building looking up at an ominous looking sky. I counted 9 dark colored tornadoes, said aloud “If these things hit America, we’re screwed!” and then awoke. Please pray that we do not have to experience 8 more of these. God bless saints!

Last time I checked BPEarthwatch, I think there was another big tropical depression forming off the African coast. This may just be the beginning of a series of storms.