You are here: Home » News » Natural Disasters » Earthquakes » “The High Places Will All Be Shaken”
Share this post: 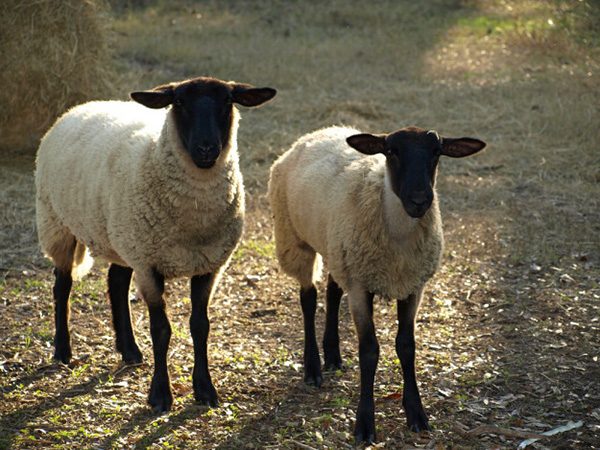 The Lord woke me up around 4 am today speaking to me. I was laying in bed not fully awake and I heard Him speak about an earthquake that was “to go off Saturday.”

I asked Him if He meant this coming Saturday, September 3rd. I did not hear Him answer, so I am not certain but felt like it was for the United States and would be significant, not the normal 1-3 magnitude.

In the past, the Lord has spoken to me of only two earthquake zones, the New Madrid and the ones on the west coast in California. I feel it more likely refers to California.

Last year I heard a word about an earthquake that would strike in October south of Santa Barbara. It would be caused by man made activities in the ground. It didn’t occur in October 2015, but I will continue to watch for it this October and subsequent. I’ve also seen in a closed vision destruction coming to the Golden Gate Bridge through an earthquake and subsequent implosion of the pylons.

Here is what I heard today:

“Speak to the Nations. Warn them that the times have now reached their fulfillment. I am calling out to My children with a clarion call to come to Me now. Come and rest under My shadow, under My wing, and I will protect you from all that is about to befall the earth.”

(A clarion call is a strongly expressed demand or request for action.)

“You will shake your head in disbelief for the things coming upon the earth and coming upon this evil generation. Lucifer, the false light, is nearing the end of his reign. It is time for every false religion, false doctrine, and idol to fall.

Seek My face and you will find it. Keep your gaze on Me and I will lead you beside still waters. Though the rivers will rage, though the mountains will crumble into the sea – I am. I am here. I am love. I am the one true light of the world. Do not be dismayed. All these things must happen that scripture be fulfilled.

Look to the east for a storm is brewing in the ocean that will come ashore and forever change the landscape of all that it touches.”

As of today, there are several storms off the east coast and some are already in the gulf and hitting the southern states. This word says “a storm is brewing,” so this tells me that the storm isn’t fully formed yet, but the conditions for it exist and perhaps it is developing and growing.

“Look to the west and watch it burn. Watch it shake. Watch the idols fall.

See under your feet (central part of country) there is coming devastation to your crops.

Look to the south. An army of vipers comes up and is just over the horizon. They wield wicked weapons with which to harm women and children.

Look to the north. This too shall crumble under the weight of the sin of this nation, America, once ‘America the Beautiful,’ now ‘America the Whore’ – a putrid smell goes forth.”

I then had a closed vision of sheep coming down from the mountains. They were coming down at a pretty quick pace and there seemed to be thousands. I could see their fluffy white coats and dark snouts. There was order to the movement, directed by the shepherd who was among them. Somehow as He moved, they moved. It would be treacherous in the natural for a man to be in the middle of a herd traveling quickly down a mountain, but it was made to look easy, with Jesus as the shepherd.

I believe the word Holy Spirit gave is both a general word and a specific word. It is general because we know in the days, months, and years ahead everything made by man will be shaken so the kingdom of this world can fall and The Kingdom of the Lord can come. It is a specific word of high places shaking and falling related to the first warning I heard God speak about an earthquake happening on a Saturday. We could expect to see mountains, as high places, shake like they did last week in Italy when a large earthquake hit and destroyed a small city. Another large earthquake hit in Myanmar on August 24th and caused ancient pagan temples to fall, another form of “high places.” High places are anything that we, as God’s creation, place above God.

The Lord included a warning that the west would shake and its’ idols would fall, which is another indicator of what to watch for.

Rachel Baxter is a wife and mother of four children. She earned a Bachelor of Science degree in Industrial Engineering and an MBA. Rachel was baptized, confirmed, and married in the Lutheran Church Missouri Synod. She was never taught about the power of the Holy Spirit. In 2013, she was baptized into the Holy Spirit while in her bedroom crying out from her floor. Since that time, the Lord has changed her life in every way. She felt called by God to help establish the Lord’s Mountain of Education and has a heart to see children and adults alike set into the destiny God has for them. In 2014 she founded Valor Christian Academy Omaha, a Spirit-Led Missional school in Omaha, Nebraska. The focus of the school is equipping children to walk in their God-given destiny according to Ephesians 4.

That same year the Lord began to speak to her about the things that are coming upon the earth from His redemptive judgments and from the plans of the enemy.

Rachel is also a part of One Whole Heart Ministry, an inner healing ministry, that seeks to set people free from hurt through forgiveness and repentance, and to help them hear the Lord’s voice and follow Him. She shares her insights on her blog site, called Scroll and Fig Leaf.

Saturday the 3rd September, an earthquake Oklahoma, then the closing down of some wells. Earthquake was 5.6

Perhaps is the beggining and confirmation of what the trend and manner will be. If the feast of trumpets was the Solar eclipse date, then day of atonement is just about next Saturday, 10th Sept. and worth watching out for.

5.6 in Oklahoma today on Sep 3, 2016. Earthquake was felt in 6 regional states! This earthquake tied for the largest recorded in state history. When I originally seen this post, I put the word earthquake on my calendar for sep 3. I also told a few family members about it. Now they see the headlines from today, their all excited about the return of the Lord!

This morning (Saturday) just after 7am in Omaha, Nebraska we awoke to our house shaking for just under a minute! This is extremely rare for us! The earthquake originated in Pawnee, Oklahoma at a shallow depth and magnitude of 5.8 later downgraded to a 5.6.

I have family in Des Moines Iowa and they felt it also. Mena said that God was going to have just one sign for pastors and leaders to let them see that the judgment is here and to warn their congregation. Maybe this was the one warning/sign since earthquakes are so rare here in the Midwest.

Early this morning, I believe it was In the 3 o’clock hour, though I was too exhausted to check the clock in the moment, I had a unique experience. I felt that I had been electrified. It didn’t hurt but I felt like my whole body was buzzing with electricity. I felt power. Then I felt like I was in water and was drowning though I was not scared. I thought of all the water that is going to flood inland in the gulf coast in the days ahead. I felt like there will be people that drown in all the flooding. Again, I was not frightened but I felt a loss or sadness for these people.

And check this out… It could end Florida’s 11 year hurricane drought. If that’s not a prophetic number of judgement, I’m not sure what is:

If any of you live in it’s potential path, I recommend asking God if He wants you to leave before this thing hits tomorrow night, or stay and be stocked up on preparations. Here’s a recent update:

Thanks for the update Geoff. I pray that lives are spared.

Rachel, thank you for sharing this powerful word. There’s a good chance that Eastern storm you prophesied was brewing is now being called hurricane “Hermine” and it’s definitely about to make massive landfall.

Just wanted to add that his dream was LAST Year, he was hesitant to give a time frame, but said one year , we are at that time frame

HI Rachel, When this ilustration came to me today, I thought immediately of your school children and how it would look presented in a dark area:

I laid my head back to rest and this illustration came into my mind: Our faith is a flickering candle flame. This flame needs to be transfered to the next soul. This small faith is transfered carefully, everyone gathers around it to protect it so it does not blow out.

Then as our faith is exercised, it gets larger like a camping flashlight. This is so easy to hand to someone else because it glows steadily. People who love the Lord radiate his glory and we all need to grow so our faith can easily been seen and transfered.

Here’s a great message about faith and how it works. I was saved at 12 and learned a great deal from this message 40 years later.
https://www.youtube.com/watch?v=PdIjxIQXS6s
#1 The Fruit Of Faith – 8/24/16

Today I was pondering how to put some of the commands about faith into action in my life. God bless all you !!!﻿

Thank you Marilee! I love that analogy and will share it with the kids at school. The Lord is having us using object lessons everyday right now and it’s been so good.

Another conformation for a Saturday, for Rachel Baxter (Unknown) By Elsabe Bird (8-29-16):
.
I had a vision today 15h30 of an elderly gentleman with a beard sitting on a chair and he said: Look out for Saturday

*(Unknown, for which Saturday) Person was never told what Saturday, just a Saturday.

After reading all of these words given: your word, Houston words, Pastor Faircloth’s word, I asked the LORD for confirmation. So last night, before going to sleep, as usual, I prayed that God would show me whatever He wants to show me while I’m sleeping. I awoke at 3:11am to the words, “Isaiah!”. So I got up, and turned to Isaiah 3:11 and read it:

“Woe to the wicked! It shall be ill with him,
For the reward of his hands shall be given him.”

I thanked the Lord for His answer and now we’re asking Him to clearly guide us each step of the way, to follow Him in complete obedience.

Thank you Lord for your covenant-keeping faithfulness to your People!!