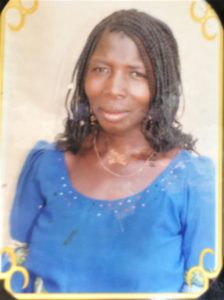 JOS, Nigeria (Morning Star News) – Fulani herdsmen on Sunday (May 23) killed 14 Christians in a village near Jos, Plateau state and eight others in another village, sources said.

“Fourteen Christians were butchered to death, including children,” Mandiks told Morning Star News in a text message. “Eight members of one family have all been killed. This is beside an additional six other Christians killed by the herdsmen in the village.”

Earlier that night in Dong village, Jos North County, armed herdsmen attacking at 8 p.m. killed eight Christians, area residents said. Asabe Samuel, 60-year-old member of the local Evangelical Church Winning All (ECWA) congregation, said in an interview at her home that a large number of herdsmen invaded as residents were about to go to sleep.

“I was by the central area of the village, which has shops and serves as a market, when I heard Fulani gunmen shooting around my house,” Samuel told Morning Star News. “This forced us to run to hide.”

As the sounds of gunshot were coming from the direction of her house, others advised her not to return home, she said.

“I still rushed to my house, and just as I was getting closer to my house, I found that one Istifanus Shehu, 40, a member of COCIN [Church of Christ in Nations] who has had mental health challenges, was shot dead, and his corpse was lying beside my house,” Samuel said. “We heard the attackers retreating and shouting ‘Allahu Akbar [Allah is greater].’ The herdsmen were also communicating with themselves in the Fulani language.”

After they retreated, residents found eight Christians were killed in attacks on four houses, she said. Besides Shehu, she identified those slain as Ruth Adamu, 20, an ECWA member; Naomi Adamu, 40, of the ECWA; Friday Danladi Riya, 22, of the ECWA; Awuki Matthew, 28, Catholic; Gospel Matthew, 4, Catholic; PraiseGod Matthew, 2, Catholic; and one identified only as Chinyere of St. Jude’s Anglican  Church.

“Awuki Matthew was killed alongside her two daughters, Gospel Matthew and PraiseGod Matthew, leaving behind her husband, who’s blind,” she said. “Who will care for this blind man, and how will he cope with life without his wife and children?”

Monday Auta, an ECWA member and her neighbor, was shot in his shoulder and was receiving hospital treatment, she said, adding that Ruth Adamu and daughter Naomi Adamu were her neighbors and members of her ECWA church.

The late Shehu’s sister, Jummai Shehu, a 32-year-old COCIN member, said her brother was visiting the house of Samuel, where they once lived.

“The armed Fulani herdsmen spotted him and shot him dead,” she said, weeping. “I feel very sad about the way my brother was killed in cold blood. Why must we live in fear every day, not knowing the evil that awaits us as Christians in this country?”

The pastor of the ECWA church in Dong, Jonathan Kyoomnom Bala, said police did not show up until 10 a.m. the next day.

“Some government officials came also this morning only at 10 a.m.,” Pastor Bala told Morning Star News. “These herdsmen carried out the attack on us for about 40 minutes and left without intervention from soldiers or the police.”

Security agencies’ lack of action was concerning, he said.

“While the attack was going on, I phoned one of the security agents, and he told me they were doing something about it, but they did nothing,” Pastor Bala said. “It’s traumatic to witness such deadly incidents of this nature.

“Last week the herdsmen were here in the community roaming around without restraint by security agents stationed around the community, and yet, even in the presence of soldiers and police personnel, the attackers invaded the community and embarked on a killing spree. And some of the attackers are known to be terrorists who have been brought in from other countries to collaborate with the herdsmen to attack Christians.”

As a pastor, he said, he has wondered why the violence goes unchecked.

“Throughout last night I couldn’t sleep because members I minister to were killed in gruesome manner, and for not committing any crimes except being Christians,” Pastor Bala told Morning Star News. “Has it now become a crime to profess Jesus Christ?”

Many Christians have been displaced as a result of this attack, adversely affecting ministry there, he said.

“What the Nigerian government should note is that when the people have lost faith in security agencies and are forced to resort to self-help to defend themselves, there’ll be anarchy in the land,” he said.

Prior attacks in Plateau state in April took the lives of at least 15 other Christians.

Irmiya James, a leader of the Christian community in the village, told Mandiks that he received a distress call at 3 p.m. that Fulani had shot dead a Christian on Tahoss-Ganawuri Road.

“On getting to the scene, we found Mr. Emmanuel Joshua in a pool of blood, and his motorcycle was taken away by the Fulani assailants,” James told Mandiks.

Joshua Choji, a Christian receiving treatment at Vom Christian Hospital, told Mandiks that he and others went to clear farmlands when 50 Fulani herdsmen emerged from a nearby stream.

“All I can remember is that four of the herdsmen attacked me, while others also attacked other members of our community,” Choji told Mandiks. “We cried out for help, but none came for our rescue. I was battered on my head and also sustained a fracture on my left hand.”

“We had received information that Fulani militias would be coming to invade our village, Baten,” Choji said. “That made us intensify vigilance and, graciously, no one was hurt when the armed Muslim Fulani herdsmen attacked us.”