You are here: Home » Church » Mighty Ones » “What has not been seen or heard is done in this day.” 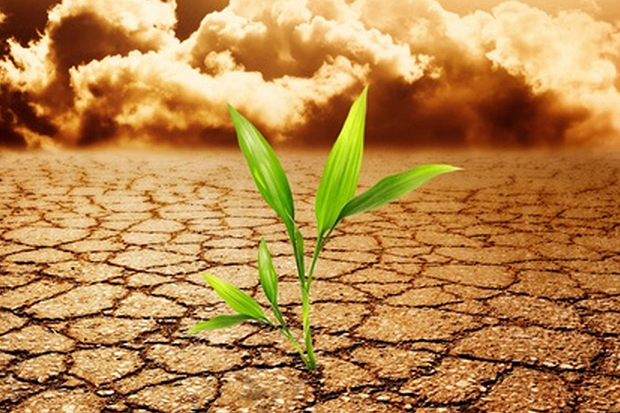 While I know war and trials will come, that’s not all that’s coming – or has come, and I think what God is going to do needs some air time, certainly just as much as what He will allow Satan to do.

God is not going to judge this nation in full until He has given it and every other nation around the world, one last opportunity, and if you’re listening to God, you know He has planned a New Thing for this day. God once told me, “What has not been seen or heard is done in this day.”

13 Behold, My servant will prosper, he will be high and lifted up and greatly exalted.
14 Just as many were astonished at you, My people, so His appearance was marred more than any man and His form more than the sons of men.
15 Thus He will sprinkle many nations, kings will shut their mouths on account of Him; for what had not been told them they will see, and what they had not heard they will understand. (Isaiah 52: 13 – 15)

If you look at the context of this scripture (Isaiah 52: 13 – 15), the entire chapter is speaking of arising and shining for the glory of God has risen upon you, and while the last few verses mention Jesus’ suffering, what verse 15 is stating is although people have heard of Jesus’ sufferings, His glory they had not heard of, which is why men will “…shut their mouths at him.” They knew He died for mankind and suffered many things, and the suffering and dying Christ is all they know, but that is not the image that will get to people in this day, and God knows it. They need to see His complete and total overcoming and putting down of all such demonic activity, and that’s what glory is about.

Those who have suffered and died with Him, will also share in His resurrection glory, as was shown on the Mt. of Transfiguration. It’s not all about judgment. Yes, they have heard the Gospel of suffering and dying, and have turned from it in scorn, but they won’t do that for long when they realize there is dynamic hope in that suffering.

I not only believe in judgment, I know it’s coming, but not until God does this one last move and extends His final call to the ends of the earth.

19 “Behold, I will do something new, now it will spring forth; will you not be aware of it? I will even make a roadway in the wilderness, rivers in the desert.
20 The beasts of the field will glorify Me, the jackals and the ostriches, because I have given waters in the wilderness and rivers in the desert, to give drink to My chosen people.
21 The people whom I formed for Myself will declare My praise.” (Isaiah 43:19-21)

Although she was not raised in a Christian home, Brenda Brown heard the audible voice of the Lord speaking to her when she was just ten years old. She was not yet ready to surrender her life to him, but finally did after a second encounter at age sixteen. Ten years later she began leading small group meetings in her home and continued that ministry for several years. She has had an open vision in which she visited with the Lord in the Garden of Gethsemane.

Thank you Jesus and Brenda for that word of confirmation. Ive heard that word too that eyes have not seen yet and ears have not heard yet what the Lord is about to do through his chosen ones. Not far than yesterday the Lord has quicken my heart for me to link that verse with the coming of the fullness of Holy Spirit to share with the prayer group am holding for the Lord at home. He is asking for consecration same when he asked of Moses and the Israelite in Exodus 19. We need to be made willing and take an oath that we will obey more to the Lord by living a life with more purity/holiness. He is looking for vessel honours. He no longer wants us to be average Christians but those he can use to do great exploit. A total surrender to God’s will alone is needed.

Lets pray that we will be found worthy of the upcoming anointing.

I receive that word over my life and those assigned to me by Holy Spirit.

God bless you all.

Hi SandraM. That day is almost here. That move is just around the corner, but you are right, those who want to press on into the real New Thing that God is going to bring with this move, must be prepared by having gone through His process. And the best way I can sum up that process is by saying you must ‘die daily’ as Paul stated, until you are conformed to the image of His death, because only those who have taken up their cross and followed Him, having died to themselves, will be able to be partakers of that glory. I’ll be writing more about that glory in the next few days, but it will not come cheap. Amen.

Excellent and powerful word, I long for this in my spirit, thanks for encouraging word!!!

Hey Brenda, Carol Elaine has brought the same word. Along with great hardship will come the greatest works and the utter judgment and downfall of our nation will not come immediately. We have some years to reap a harvest. Sad to say, when I saw this posting before any comments were posted, I knew the comments would be sparce. How sad. But you go girl and don’t look back.

Hi Mike K. Thank you for the confirmation. Not a problem regarding the posts Mke, I’m not after ratings, it’s just that it was true and right so I thought I’d post it. I agree, the judgement and downfall of the US will not come immediately, and when it does fall – as sad as that is, it will not be alone. Many nations will fall along with the US because they are just as guilty – though in a different way, for what they’ve done with the gospel in their countries, and will yet do towards the coming witness. However, this time no one will block God from what He wants to do. This is His day.