You are here: Home » Church » Remnant » Some of you are being groomed for ministry to nurture the younger believers.
Share this post: 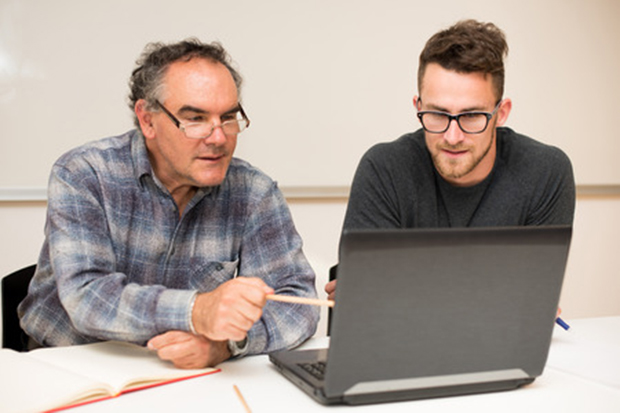 The other day the Lord showed me a picture of a lioness nursing her cubs. I understood immediately that He was showing me that He is raising up women as well as men to be mentors to the next generation. Some of you are being groomed for ministry to nurture the younger believers into the calling that the Lord has for them. Those of you who are grounded in the word, know how to hear the voice of the Holy Spirit, and are able to discern that which is spiritual from that which is carnal will mentor these young cubs.

To those of you who are in your “golden years”, the Lord has not forgotten you. You will release the wisdom and revelation that He has imparted to you to the younger generation.

After I received this word, I did a search on the lioness and her cubs. The cubs will go on to eat meat after a few months but remain dependent on the mother’s milk for up to two years. The mother protects them as they are vulnerable to predators and other lions who may also be a threat. The lionesses will fight back when anyone tries to attack her cubs.

I also came across a story that happened last year of a lion that was found nursing a leopard cub. They said that it seems as though this lioness’s aggressive instincts have taken a back seat to her maternal ones. Lions live in groups called “prides” which means that this leopard cub would need to be welcomed into the lion pride after it matures. The Lord showed me something interesting as I read this. There are those of you who will be also mentoring others who are outside of the lion’s pride. They will come from other tribes and you will welcome them, take them under your wings and council them.

Jesus is looking for mentors who will reach out and rescue those who are in desperate situations because they know what it is to pay the price as they have overcome through grueling trials. They are mature believers who will train and equip the young ones for their assignment ahead. They will explain the battle plan and teach them how to be tenacious in spiritual warfare and how to be strong and very courageous. They have been more than conqueror’s in every battle and will train others to be the same. They will encourage them to pursue the plan and calling on their lives and never retreat in battle. They will teach them how to walk and train them how to be led. They will teach them when to war, and teach them when to stand.

He is looking for those who will help them to discover their purpose for their lives. They will not mentor from natural knowledge, but they will teach what they have learned through divine revelation of the Word of God. They will advise them on righteousness and teach them to live with clean hands and a pure heart. Demons tremble at the sound of their voice because they carry an anointing and understand their Covenant rights.

He is looking for the prophets to teach the younger ones how to be used in the gifts of the Holy Spirit. To show them how to be used in miracles, signs and wonders with respect and reverence of the anointing on their lives. They are those who know their authority in Jesus name. They will be those who mentor not only through sound doctrine, but in wisdom and love. They will mentor not just with persuasive words of human wisdom, but in demonstration of the Spirit and of power.

Matthew 28:19-20
Go therefore and make disciples of all the nations, baptizing them in the name of the Father and of the Son and of the Holy Spirit, teaching them to observe all things that I have commanded you; and lo, I am with you always, even to the end of the age.” Amen.

1 Corinthians 2:4 -5
And my speech and my preaching were not with persuasive words of human wisdom, but in demonstration of the Spirit and of power, that your faith should not be in the wisdom of men but in the power of God.

Hebrews 5:14
But solid food belongs to those who are of full age, that is, those who by reason of use have their senses exercised to discern both good and evil.

This is such a good word Elaine! This is the call the Lord has placed on my life in the season, He is releasing His model for the education of our children – led by Holy Spirit hearing God’s voice, releasing identity and destiny!

Such a good word of truth as always, Elaine. In my time with the Lord, (please don’t laugh) Jesus has been showing up dressed like a hipster millennial lately-“man bun” slender build, skinny pants, long beard. He said, “after all, I was only 33.” I guess he’s telling me something! He has shown me how much easier its been to break the ice with familiar faced young baristas in my favorite coffee shops. Simply asking about their tattoos, they melt. The Lord is breaking down the generational divide supernaturally!! He did it in my heart by changing my attitude towards them from one of apathy to a desire to see the world through their eyes with no preconceived attitude. I have a 22 year old Muslim friend who texts me her entire life’s activities daily. If I text about the Lor, the conversation ends abruptly, so it’s a slow process. She’s a glamorous young lady with charisma and extreme beauty. Not sure why she’s so drawn to me-I’m her mom’s age, its only by the Lord’s providence. .She is so hungry for truth. I told her the Gospel message-zero response. Periodically, I ask, “So what do you think about Jesus? I always get, ” I love Him, he’s my prophet.” The Lord has said when her answer changes, her time for conversion is ripe. She’s deathly afraid to die. She’s 100% Westernized and believes every inch of uncovered skin for a woman will burn. She believes she has to journey to Mecca and kiss the stone to have her sins forgiven, and when she dies, she has to purge her sins in Hell first by being punished. I told her she doesn’t need to fear death in Jesus. The Lord has shown me because he gifted her with compassion and charisma, she’s going to lead her entire clan to the Lord. That’s a lot of people in Wisconsin, Philadelphia, Belgium, and Albania spanning four generations. All because of silly texting, perseverance, prayer, faith, but only by His divine power and the Holy Spirit. He’s not doing it in one “sinners prayer” instant conversion. I’m excited, but feel a heavy responsibility Yes, there’s time, but He’s moving fast. So I could really use some intercessory prayers. My daughter is also newly on fire- planning mission trips, Bible studies, and having prophetic dreams. She was lukewarm a few years back. He’s doing a mighty movement, their hearts are melting toward mentors, but more importantly, toward Jesus. Please if you’re led, pray for my little Muslim girl-the ripple effect for her people is going to reach many who will repent and denounce Allah and his false prophet Mohammed. If anyone has advice, I’m open. Thank you so much for that!!! Blessings and much love to y’all.

That’s awesome Carolanne. Thanks for sharing.

Abby, revisiting one of your previous posts, I’m still praying for you. I’m praying today that your battle with that spirit of fear has no authority over your beautiful heart that is being set on fire for Jesus! Try “Soul on Fire” by 3rd Day on U Tube to sing along it always renews me when the dark side rears its ugly head. Praying your brother’s fear of the Bible subsides too. Praying the Blood of the Lamb covering you both will scare the fear right out the door and be bound to never prevent or harass again. And the Lord will replace that foul odor of fear with the sweet fragrance of a gift of perfect trust and faith that propels you to a closer relationship, in Jesus’ name. ?Jesus is your fiancée!! He WILL protect you. He WILL Guide you. He WILL Love and adore you, be faithful, will always answer when you call, will mediate on your behalf, and cleanse you with His precious Blood when you say you’re sorry and turn from whatever sins for which you are convicted, and bring you Home to His kingdom. He is on blended knee, saying Will you marry me? ? And you say, ” Yes!!!!! I WILL!! Give me more faith and trust to take this ring and trust that You will do everything You have vowed, and I will do my best to love You forever and be the best Bride I can be! ” Keep in touch, you’re a jewel. ?

This is a good word. However, over many, many years I have not seen younger people interested on being mentored in the churches we have attended. They don’t want to learn–they want to teach. Especially women. They have almost a contempt for the “old fashioned” ways of the older generation, and “older” is anyone over the age of 50. There seems to be little respect for spiritual maturity. I hope this is. Hanging as the under-50 crowd is now reaping the fruit of the lawless society we have had for some 60 years. I long to see young people hungry for the teachings of the Word from those who have already lived a life, and for them to stop seeking validation for corrupt, unbiblical choices. In my experience so far, there have been many older people quite willing to teach, but not many young people willing to listen to mature, Godly voices.

I would to God this would be so even for me……….but is there time?

I believe there is still time. Many prophecies recorded in the Bible are still unfulfilled and many of them are major events that will take time.

God still needs teachers for the next age of 1000 years too.

Elaine…the youth definitely need mentoring…but they are not alone. I mentor at our rescue mission with a group of men ranging in age from 25 to 63. I also lead a men’s bible study where most of the most of the men are 45 to 75…and they are all lost. They don’t know the bible…I expect that at the rescue mission. But a church bible study? With a couple of church board members attending? The good thing is that we are teaching them the bible…many topics that our pastor doesn’t preach about. Thank you for your message.