You are here: Home » Prophecies » End Time Prophecies » Tribulation » Great Persecution is Coming to My True followers
Share this post: 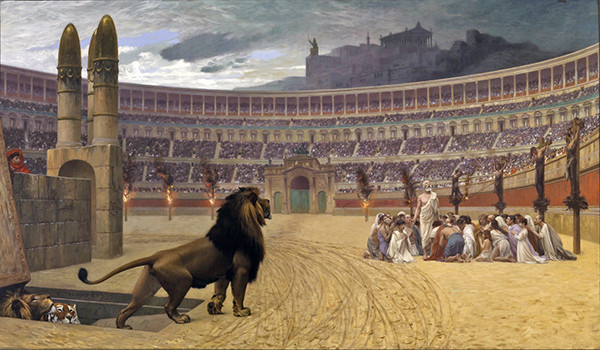 “The remnant’s strength is inadequate to face the onslot of evil and devastation quickly approaching. She must arm herself in My Word, in My strength. She does not understand what is coming, how powerful the pull of evil. Many will fall away, faith will grow weak, the task will be too great if they battle in their own strength.”

“Barack Hussein Obama has made a deal with the devil that will soon surface as a liberal agenda to silence voices of opposition. Laws forthcoming that harbor hatred for My flock, forcing compliance and mandatory adherence to man-made laws. Americans are unprepared to stand. Stop expecting to be translated out of tribulation. My people must prepare for battle. I did not escape persecution, but bowed to the will of My Father, and you must do the same.”

“Encourage one another in The Word. Be Light bearers in the dark days ahead.”

“Time is short. Soon voices will be silenced. Great persecution is coming to My true followers, My true church – not a building, but a body. Speak now while time remains.”