You are here: Home » Prophecies » Great Light of a New Day is Now Breaking Forth
Share this post: 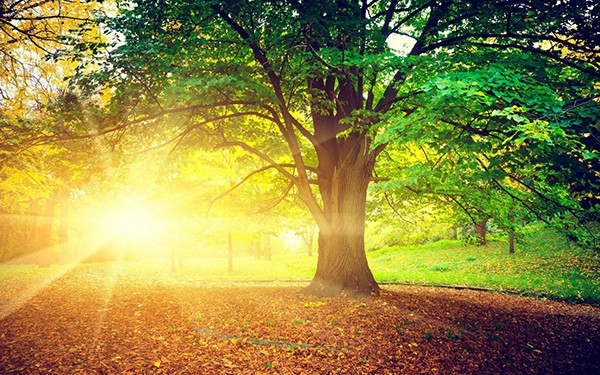 On the morning of December 6 2015, I was shown a spirit of witchcraft rising on the earth. I understood that there are at least two dimensions to this spirit.

First, it is a spirit of idolatry. Many are building up idols in their hearts (Ezekiel 14:3) and deceiving themselves about the truth of the Kingdom of God.

The second is a spirit of Jezebel rising to confuse and confound people so that this spirit of control can lead them away from the Lord. We know that this will happen in these last days. See Revelation 2:20-21, “Nevertheless I have a few things against you, because you allow that woman Jezebel, who calls herself a prophetess, to teach and seduce My servants to commit sexual immorality and eat things sacrificed to idols. And I gave her time to repent of her sexual immorality, and she did not repent.”

This demonic spirit has manifested along with a spirit of stupor, which lulls unresponsive people to sleep in their spirit. I thought about what Paul wrote in Romans 11:7-8, “What then? Israel has not obtained what it seeks; but the elect have obtained it, and the rest were blinded. Just as it is written: ‘God has given them a spirit of stupor, eyes that they should not see and ears that they should not hear, to this very day.’”

Great Light Released:
Then a great light was released by the Lord to expose all these things which have arisen against us. It was like the light of a new day breaking forth from the horizon. I sensed a great awakening about to be released for the Lord’s people. I heard the Lord saying that this will come at a great cost. Many people will have to pay the price before they are willing to open their eyes, ears and hearts to perceive what the Lord is doing in this season.

I thought about Isaiah 60:1-3, “Arise, shine; for your light has come! And the glory of the Lord is risen upon you. For behold, the darkness shall cover the earth, and deep darkness the people; but the Lord will arise over you, and His glory will be seen upon you. The Gentiles shall come to your light, and kings to the brightness of your rising.”

A great awakening is already happening in Israel and those who stand with her will also receive this powerful release of the glory of the Lord.

I saw two of the Seven Spirits of God being released for us today.

Spirit of Wisdom and Revelation:
First was the Spirit of wisdom and revelation released to expose all the demonic spirits sent by the enemy. This will cause those demonic spirits to go into a rage. It will seem at first that the enemy is too powerful, but we are to continue to stand (Ephesians 6:13) and then we will see the powerful Spirit of Wisdom and Revelation destroying the work of the devil.

Spirit of Truth:
The second of the Seven Spirits being manifest more powerfully today was the Spirit of Truth. No form of deception has any power or authority over the Spirit of Truth. Remember Yeshua’s promise in John 16:13, “However, when He, the Spirit of truth, has come, He will guide you into all truth; for He will not speak on His own authority, but whatever He hears He will speak; and He will tell you things to come.”

The Lord will not leave you to the wiles of the devil. His truth, His light and His glory is shining down on you today and always. I pray that we will be open to receive all the Lord is pouring out for us. Amen and Amen!!!!