You are here: Home » Babylon » False Church » Great deception has come upon the Church.
Share this post: 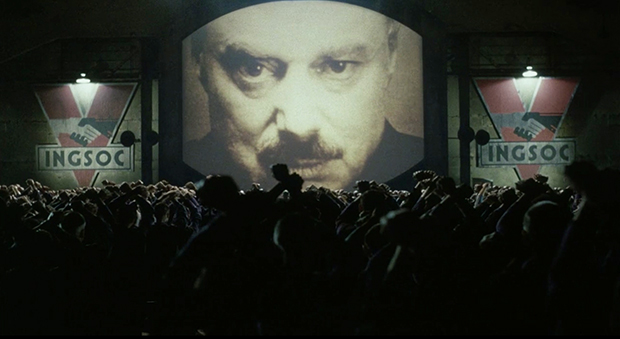 Just as Jesus prophesied, many who are living on the earth during the season prior to His return will be deceived.

And Jesus answered and said to them: “Take heed that no one deceives you. For many will come in My name, saying, ‘I am the Christ,’ and will deceive many.” (Matthew 24:4-5 NKJV)

In other words, many will come in His name saying, “See my Bible? I’m surely a Christian! That I can tell you! I promise to make everything great again if you’ll just support me and vote for me.”

This is not a popular message. Some have likely already stopped reading, but I pray it helps someone to see the true condition of the Church, which has fallen into great deception. I can confirm this to be true from my own experience because I too was a victim of this great deception for most of my life, including over 30 years of my Christian life. But back in 2013, I started seeking the righteousness of God more diligently by refusing to compromise with darkness, which required turning away from anything that offended my faith. (Matthew 6:33) Since then, God has been removing the blinders from my eyes to see these things and has given me an assignment to help others by exposing the deception.

In a dream I received on August 6, 2020, I saw Trump was working together with Obama to ignite a civil war between Christians. The dream identified those two as Satan’s primary front men, primary instigators, in his war against Christians. I shared more details about it in my podcast, Prophetic Dream Reveals Two Primary Culprits Instigating a Civil War Between Christians.

I knew these things by the Spirit as I saw the two of them standing before me in the Oval Office of the White House. I told them plainly, “Unless you repent, you will surely perish.” Then the dream ended.

My dream revealed the reason why America is more divided today than ever before is because Trump and Obama have succeeded in implementing their evil scheme, but it also revealed we are still just in the early phases of what they have planned for us, what Satan has planned for us, which is to ultimately lead us into a bloody civil war designed to weaken our nation as a step towards their ultimate goal of exterminating all Christians.

How could such an evil plan prosper in our nation? It has prospered due to encountering almost zero resistance. The voices of opposition which spoke boldly in previous generations have gone completely silent in our generation. Why have we allowed Satan to define our choice of presidential candidates? Why have we so foolishly compromised in choosing between the lesser of two evils? And I’m not just referring to the recent election because this has been going on for decades. Is not God able to raise up righteous leaders? Of course He is able, but He moves in the earth according to our faith and is hindered from moving due to our unbelief.

22 So Jesus answered and said to them, “Have faith in God.
23 For assuredly, I say to you, whoever says to this mountain, ‘Be removed and be cast into the sea,’ and does not doubt in his heart, but believes that those things he says will be done, he will have whatever he says.
24 Therefore I say to you, whatever things you ask when you pray, believe that you receive them, and you will have them. (Mark 11:22-24)

Compromise always leads to defeat, but that is the path most of the Church has chosen and continues following today. We act like poor miserable creatures who must choose between the two evils Satan has set before us. What an insult to God who has already given us everything we need to prevail in this life. We call ourselves people of faith but by our actions we demonstrate our unbelief.

We’ve compromised with evil because we’ve turned away from God by ignoring His three keys to wisdom, which include first, the knowledge of the scriptures. All the answers we need are found in them, but we don’t study to find them. As a result, we have bought into an unscriptural perspective of the world, which is Satan’s version of reality. If we had a scriptural perspective, we would understand the battle is not about left vs right or black vs white or Democrat vs Republican. It’s not about communism, socialism, fascism, terrorism or any other lie Satan has promoted. It has always been and will always be between spiritual wickedness waging war against God and against His people. Is there anyone willing to speak up and tell the truth?

Second, we have been given the power of the Holy Spirit, but we have not taken the time to seek God and be filled with His Spirit. We would rather lazily find someone else to tell us what God is saying by watching Christian TV shows and YouTube videos, relying on others to hear God for us, which is the path to deception and destruction. Yet, even at this late hour, many seem determined to go their own way, defending their deception by saying, “Yes, but did you hear the latest prophecy given by brother so and so? Oh, now brother so and so hears from God. We must listen to him and believe what he says.” This is foolishness. God has given each of us direct access to His throne room where we can drink deeply from His living water, yet we have settled for filthy polluted water. No wonder we are so confused.

Third, we’ve neglected the patterns of history which are the keys to understanding current and future events as history continues to repeat. (Ecclesiastes 1:9) Our ignorance of history has made us vulnerable to believe the false narrative, fake news, presented by the CIA controlled mainstream news media, which includes not just the liberal outlets like CNN and MSNBC, but also the conservative version of the dialectic, Fox News, headed by Knight of Malta Rupert Murdoch, having pledged his allegiance to the Roman pope. Due to foolishly submitting to this CIA indoctrination, many Christians are now praying and asking God to do a miracle by somehow overturning Joe Biden’s victory and giving Donald Trump another term. And when that happens, they’’ll celebrate and thank God, not realizing they’re celebrating the next phase of Satan’s plan to destroy them. And all along the way, they’ll mock and scoff when anyone tells them what the Spirit of God is saying, as I am attempting to do here.

The only solution for overcoming darkness is exposing it to the light and the only way to get filled with light is by getting filled with the Spirit of God by repenting of our sins and seeking first His kingdom and His righteousness. This requires spending our most valuable time of the day, ideally the first part of the day when we’re well rested, getting alone with God and not coming out of our prayer room until we’ve been completely filled up with Him, saturated with Him. And then doing the same thing again the next day and the next day and on and on. For those who are willing, He has promised to lead us into all truth. And He is faithful to do what He promised.

I share these things for the sake of those few who are willing to humble themselves before God. May God have mercy on us all and help us to know the truth.