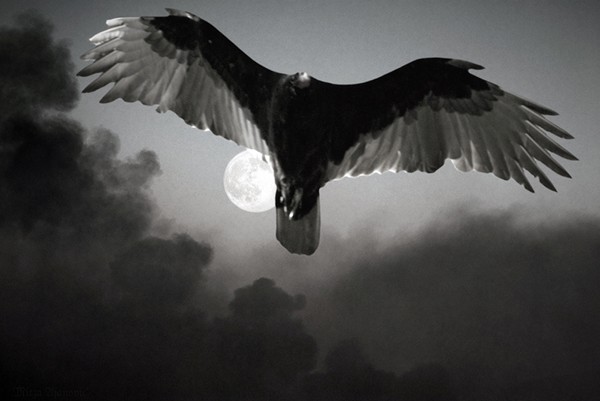 Into my spirit came a most troubling word. Following prayer for guidance regarding its release I read Denika Alston’s post dated 3 December, 2015. Again I prayed and felt released to share. Please pray and seek God regarding this word.

“Great circles of darkness surround America. Government officials planning events to shake the people, causing fear, turmoil and anxiety. What is seen is only a shadow of what follows. Agendas are intensifying to bring the nation to its knees that it might cry out for ‘a’ saviour. NOT ‘The’ Saviour, but a saviour. Then will My people be hunted like wild animals. Streets will be unsafe to travel after dark.”

Asking for confirmation regarding this word I heard Jeremiah 6:14 –
“They offer superficial treatments for my people’s mortal wound. They give assurances of peace when there is no peace.”

I asked “when” all this would happen:

“Date setting is irrelevant as many are the plans of the wicked and unrighteous for destruction and mayhem. See the whole. Stop looking for a bit here, a bit there. See the whole. Expect the unexpected. One builds upon another. Not just one event, but many. See the whole.”

“Be prepared to shine to the glory of God. You are called for such a time as this. Do not shirk from the task I have called you to do.”

The True G-d The G-d Of Abraham, Isaac and Jacob
is doing Revival/ Awakening of The Soul
Gathering together into One Body Of The Messiah.

Hasatan the satan king of wickedness
is doing its own revival
gathering unto himself a body.
he got the assyrian and the throat cutters
doing it for him.

On Which side are we?

Blessed is the man O Lord
The man who Trusts In You
Psalm 84.

The Messiah Will Rule From Jerusalem
And Lawlessness Will Cease.

The Awaken Heart!!
The Awakening Heart
The Renewal of Our Spirit In The Lord
As disaster around us Accelerate
The Revival will be braking
The Revival will not be Spontaneous
But The body of The Messiah is being gathered.
Let Us return to The Lord
Let us leave behind our sinful ways.
The care of this world.
We are not as orphan who
does not know His Father House.
“In our Father House There Many Mansions”.
Let Us Rise from the Table of despair and perversity;
The clever see trouble coming and hide;
the thoughtless go on and pay the penalty–Proverb 27:12

“The Spirit and The bride Say Come!
And let Him That Hear come!
Him That is thirsty let him Come
and drink The Water Of Life– Rev 21:2
A Crystal River is Flowing
From Messiah’s Throne.
A Tree of life growing There
It’s leaves will heal The Nations. — Rev 22:1

Rachel, PS: After receiving His word into my spirit on 12/03 I became sick at my stomach. After reading your confirmation I am again sick at my stomach. I do not think we truly grasp the horrors that await this nation and her people. Sadly, it appears millions are not prepared to stand faithfully in the upcoming persecution. May God watch carefully His people – granting us peace and strength in the midst of the storm.

Rachel, THANK YOU for sharing this very powerful confirming word. I too received this word on the 3rd. I have received many, many words which have not yet been released that sound eerily like those you have spoken here. We must NOT see just one event, but “see the whole.” I do appreciate your response. LORD bless.

Ali – I heard the following word on the 3rd and feel it confirms your word.

The clanking of the chains as they drag on the ground can be heard. The “monster” from the depths has been released from the bowels of hell. Know that it is all connected. The forces of evil move upon this earth carrying out great and horrible schemes. One leads to another and to another as the cacophony of chaos grows:
The eruption of fire from the depths will come not in just one place but many.
The uprising.
The militia ordered to the streets.
The attack on sovereignty.
Like a house of cards the U.S. will fall. All the while, laughter sounds from the White House. The leader of your nation has done his job well. He has carried out the orders of the Evil One most perfectly.

Your borders are open. The enemies of my people now surround them from all sides, yet I say to my children, fear not for you will be mine in that dreadful hour.

I desire that my children would make the connections. Satan has one plan and is prepared to battle on every front. His hoards move about the earth from one attack to another. Man are but puppets in His hands. Timing, timing, timing. One event after another as the beat of the drum gets louder and faster.

Draw close to me day by day. Every day I have instructions for you. You must learn to tune out the world and tune to me. An explosion here. A shooting there. A flood here. A famine there. You must learn to feel my breath, the breath of life. You cannot protect yourself or your family in this hour. I am your only covering. You are being hunted by the lion who seeks someone to devour. He and his “pride” are hunting my children one by one, but it is I who stand in the way and thwart every plan of the enemy as my children hear my voice and come to me.

—
In a side note, I saw Obama for the first time on TV on July 27, 2004 as he spoke at the Democratic National Convention as the Key note speaker. When I saw him on TV for the first time speaking at the democratic national convention, my spirit spoke to me, although I didn’t understand it at the time. (I wasn’t baptized in the Spirit until October, 2013) I just knew deep inside that he was evil. I remember that I asked my Lutheran pastor at the time if Obama could be the anti‐Christ, and he assured me that he was not. Well, the old saying “time will tell” sure applies here.

Rachel, and. I saw oba.a on the stage in 2004 I too thought ” that man is dangerous, I TX that too my wife as well. Thank you for sharing.

I think James picture of the vulture adds much to the post. I can see the plotting enemies of God and Israel circling around and over Israel… waiting to feed on her remains. I also see the vultures circling over America… as a warning of what is to come. Soon they will descend and feed on the wrath of God… but in the whole… their end comes in Revelation 14 and the winepress of God.

Thank you for posting Ali. More evil plans to pray against. I love praying against evil plans. Bless the Lord!

It is indeed hard to believe, but what we have sown, we will reap. I will join you in praying for the salvation of your wife. LORD bless.