You are here: Home » Church » Harvest » “There will be a great acceleration in the lives and hearts of people.”
Share this post: 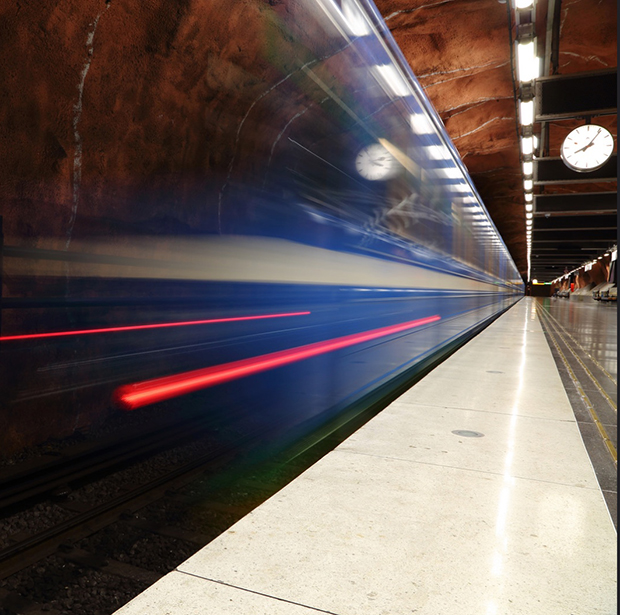 Those of you who know me, know that the Holy Spirit sometimes speaks to me through extremely vivid dreams. This morning when I woke up I knew I had several dreams, but I couldn’t recall the details. After a few minutes I walked into the kitchen and as I looked at my clock, the Holy Spirit instantly brought back to my remembrance an amazing dream I had. I knew without a doubt this dream was a word from God.

In the dream, I was looking at a clock on a wall. It was a fairly large clock, round, and approximately 12’ in diameter. As I was watching it, the hands began to rotate on their own. I was so excited because I knew the Holy Spirit was showing me an acceleration of time. I watched intently as the hands went around, waiting to see what number they stopped at. Although they didn’t stop, for some reason it caught my attention when the minute hand passed the number six. I quickly reached for my phone to record a video of this supernatural phenomenon.

As I began to write down the dream, the Lord showed me several things. The clock hands moving forward at an accelerated speed represented an acceleration of the time we are in. Then I remembered a supernatural incident that occurred with the prophet Bob Jones before he passed. Bob’s wife Bonnie and a couple of his friends were sitting in his hospital room and the hands on the clock began to move supernaturally. They recorded it on their mobile phone and have an actual video of it on the Internet which I was able to find and watch. What I saw in that video was the same exact clock that I saw in my dream. They were in awe as they actually witnessed the hands of the clock rotating supernaturally, and I was in awe watching it do the same on that video. I knew the Holy Spirit was giving me a clear message about divine acceleration.

“The winds are stirring once again, and I am releasing a mighty wind of My glory to transform lives ‘suddenly.’ Multitudes will be brought into the kingdom for such a time as this. Many will be healed, captives will be delivered and set free, and many will be brought into repentance as a shift will be happening simultaneously on earth as it is in heaven. I am stirring the atmosphere to bring change to the church as you know it. Angelic activity is being released from the third heaven that no man can stop or reverse.

Do not judge things by what you see happening in the natural, but watch what I am about to do. I Am El Shaddai and I am sending a tsunami of My glory over the nations.

Just as the winds are blowing in the natural, I am about to send a mighty rushing wind across this nation and around the world. Just as the winds came ‘suddenly’ in the upper room, I am sending My Glory to revamp things in the natural. That which I intended in these last days shall be accomplished. There will be a great acceleration in the lives and hearts of people. I will bring times of refreshing in times of drought. I will bring light to areas where darkness seems to prevail. I am sending the latter and the former rains. Do not become fearful when you see the dark clouds but rejoice. It is the dark clouds that carry the heavy rain. This is where My glory dwells and My Anointing will be released. As I said in My word, the earth shall be filled with the knowledge of the glory of the Lord, as the waters cover the sea,” says the Lord.

Job 33:15-16
In a dream, in a vision of the night, when deep sleep falls upon men, while slumbering on their beds, then He opens the ears of men, and seals their
instruction.

Habakkuk 2:14
For the earth will be filled with the knowledge of the glory of the Lord, as
the waters cover the sea.

Interesting…Just as I was reading this post, a friend sent me a text, speaking of how we are to align our lives to God like a clock: the smaller gears are engaged with a Master gear, resulting in perfect precision. On her text was an emoji of a watch! No coincidence! God is confirming your dream!!!

A true prophet. Bless you Elaine

Yesterday I saw a vision: I saw an ocean and waves coming after another. Then the water started to draw back till you cannot see the ocean only the ground. Then suddenly a huge cunami appeard and flooded the whole earth. I think the first waves were smaller revivals, and the water was drawing back is the time when seemed that nothing happen. But the huge cunami is coming when the Glory of the Lord will cover the earth! Halleluja!

Bridget B
Reply to  Any

Sorry to be that person… but it’s “tsunami” never “cunami”.

Any
Reply to  Bridget B

Thanks, later I noticed it. Sorry for my English, I’m a Hungarian. But you can understand it, that’s the point.

Living on the east coast and experiencing these winds the past few days I have had a deep sense of there being spiritual significance — that there is something being communicated from heaven by them…and the timing of them coinciding with Billy Graham being honored in the rotunda of the Capitol — then his service in North Carolina…Psalm 104:4 He makes the winds His messengers…i fully
expected some prophetic word to show up here on Z3 with regard to these
winds…

As a fellow East Coaster, I feel the same way. When I was looking out of a window when the winds were blowing, I immediately thought “The winds of change are blowing across the nation.”

Amen Elaine!!! That dream is from God!! I have seen that too regarding Bob Jones, from Gary Beaton. We need a supernatural move of God to get us ready for what we will walk through. From what I have been shown about the war and drastic changes of everyday life, I know that I am not ready and I have been crying out to God for help, to prepare us all.

This word given by Gary Beaton in connection with Elaine’s word is a great blessing http://www.elijahlist.com/words/display_word.html?ID=13294

My spirit man leaped inside when I read this word. Thank you and bless you Elaine for giving us such an encouraging message.

Michele Renee, , when you mentioned the leaping in your spirit it brings to mind one of the most beautiful moments in the story of Jesus’ life on earth, concerning the unborn John the Baptist. Luke 1:41 “And it came to pass, that, when Elisabeth heard the salutation of Mary, the babe leaped in her womb; and Elisabeth wa filled with the Holy Ghost.” When I was three months with child, I went to a performance of the Nutcracker. When the symphony started to play, my daughter who at that early stage had just started little movements, went wild, leaping through the entire performance. The prophetic nature of this, fast forwarding sixteen years, was that my little leaping baby was performing in The Nutcracker, dancing as unto the Lord with grace, beauty, and precision. The Enemy, during her dancing years, caused her to succumb to the pressures of trying to get biggerroles by being unrealistically tiny, as was the requirement at this competitive school. After her battle and victory over a life threatening eating disorder, she is now on the mend with phrophetic dreams and a zeal for the Lord. So truly, when you feel that spirit leap, it is the Holy Spirit filling you! Blessings to you today and always.

Thank you for your blessings and precious reply Carolanne. My heart was happy because of the prophetic implications within your story not only for your daughter and you, but for the daughters of our King and for the mothers in His kingdom… even for the manchild.
How the One Who is the great nutcracker (He Who cracks open the meat of the word) is alive in us with each kick letting us know He’s coming forth!
That your daughter’s spirit even before birth, let you know she was aware and excited about her destiny is amazing. Oh yes, we who are in the womb of God KNOW our destiny by the Spirit even when our mind can’t put into words what we know, eh?
The world is waiting to see us to dance the “Great Dance” moving together in step as ONE and when as individual dancers, we move in grace, love and beauty manifesting His perfections and glory. Ah, we are on tippie-toe in our pink ballet slippers waiting for the grande finale. Yes, indeed we are “in the pink”- in the embodiment of perfection because we are IN HIM… (in the “no longer I, but Christ” state of being) and we are like your daughter… rejected by this world but beloved of the Father and will shortly display the FULL glory of God that surpasses anything this world has. Your daughter shall shine like the sun in the role ordained for her-.. not a tiny role but a big one that fits her size and so shall we! Hallelujah! I’m kicking to be sure.
God bless you Carolanne and your beautiful daughter. ?❤️

That is one of the kindest words I’ve ever received, Michele Renee. Thank you, especially for the blessing over my daughter. She has come so far, yet has far to go. I know she will dance before the Lord in His kingdom someday. You have a very special and powerful gift of encouragement. I will pass the blessing on to her. I do so appreciate it and she will, too. Likewise, May the Lord bless and keep you and make his face shine upon you and be gracious unto you, and give you, His daughter, His peace. (Numbers 6:24-26)

See my post ‘save the Last Dance for Me’!!