You are here: Home » Church » Teaching » God used the most unconventional people with the most terrible backgrounds to manifest His greatest works.
Share this post: 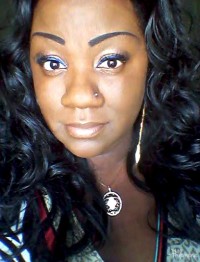 Religious folks forget that God used the most unconventional people with the most terrible backgrounds to manifest His greatest works.

They have also forgotten that because the Pharisees were so engrossed in their religious routines and legalistic arguments, they missed the Messiah that was standing right in front of them. And they missed Him because He was unconventional, and He challenged their ways and process of thinking.

Need I remind you that King David was an adulterer and a murderer, yet his line (with Bathsheba) not only produced King Solomon, but became lineage of Jesus Christ, Himself.

Many forget that a murderer of Christians (perhaps thousands) wrote two-thirds of the New Testament.

Jesus sat and waited at a well for a woman that had been married five times and was currently “shacking up” with a dude.

Jesus’ disciples consisted of tax collectors, doubters, zealots, the insecure, arrogant, the young, and a thief.

Jesus first revealed Himself to a former prostitute after His resurrection. THEN, sent HER to tell the others…

So don’t find yourself missing out on opportunities to be light and salt, or even hearing the voice of the Lord because you’re straining out gnats, while swallowing camels.

Of course, this is not to justify a person who is continuing to live in sin. But the statement this DOES make is that God is not concerned about the crap of your past. He’s only interested in the now: and are you willing to be a vessel of His will.

Remember: God has no respect of persons. He used a jackass to talk to a dude on the side of a mountain….and it saved his life.😉